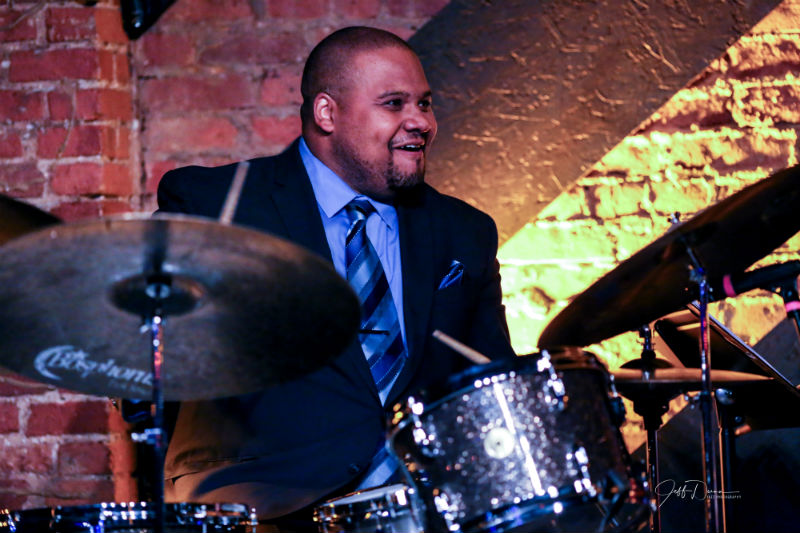 Sean Dobbins at LIVE Nightclub on the second night of the 2018 A2 Jazz Fest. Photo by Jeff Dunn.

The third annual A2 Jazz Fest wrapped up on Sunday and -- as often happens soon after Southeast Michigan music fests or concerts end -- Jeff Dunn uploaded dozens of great photos of the performers and shared them on his SmugMug page and the Facebook group Lifting Up A2 Jazz.

Dunn hasn't always been a concert photographer -- he only started snapping shows in 2012 or so -- but he's loved jazz for nearly 50 years.

"I've been a huge jazz fan and supporter since the early '70s," he says. "The first time I went to [Detroit's] Baker's Keyboard Lounge in 1973, I was hooked! I've been addicted to live jazz performances ever since."

Dunn got his jazz-photo start because of a musician friend.

"A good friend of mine in the New York area, bassist Martin Wind, asked me if I wanted to meet him in Rochester, New York, for a bassist convention," Dunn says. "I was thinking of buying a decent DLSR camera, so I decided to buy one before I went to the convention. And I've been doing it ever since."

Dunn says he learned a lot by photographing the Sunday jam sessions at Detroit's Jazz Café at Music Hall, but he still feels like a beginner.

"I'm retiring from Wayne State -- I'm a computer programmer/web developer -- in 2019," he says, "and one of the things I plan to do is take a photography class. I'm a total hack and have been completely winging it. So it will be nice to start doing things the right way and see if I can take better pictures."

As you can see from this selection of great shots from the 2018 A2 Jazz Fest, Dunn is anything but a hack, total or otherwise. To see more of his photos from the fest, visit jeffdunncom.smugmug.com/jazz. 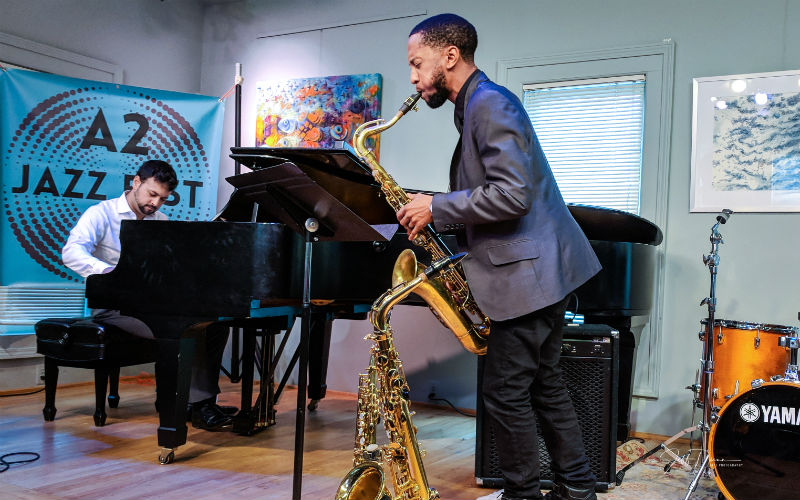 Balance -- the duo of Michael Malis and Marcus Elliot -- at Kerrytown Concert House on the final day of the 2018 A2 Jazz Fest. Photo by Jeff Dunn. 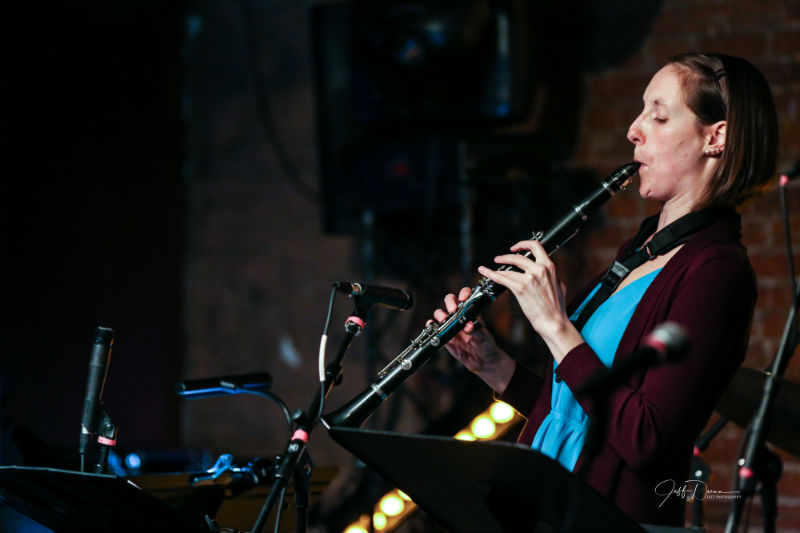 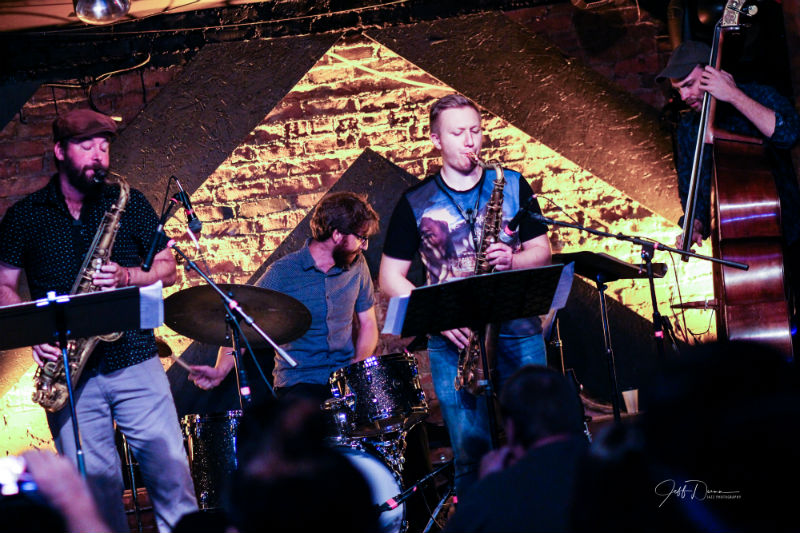 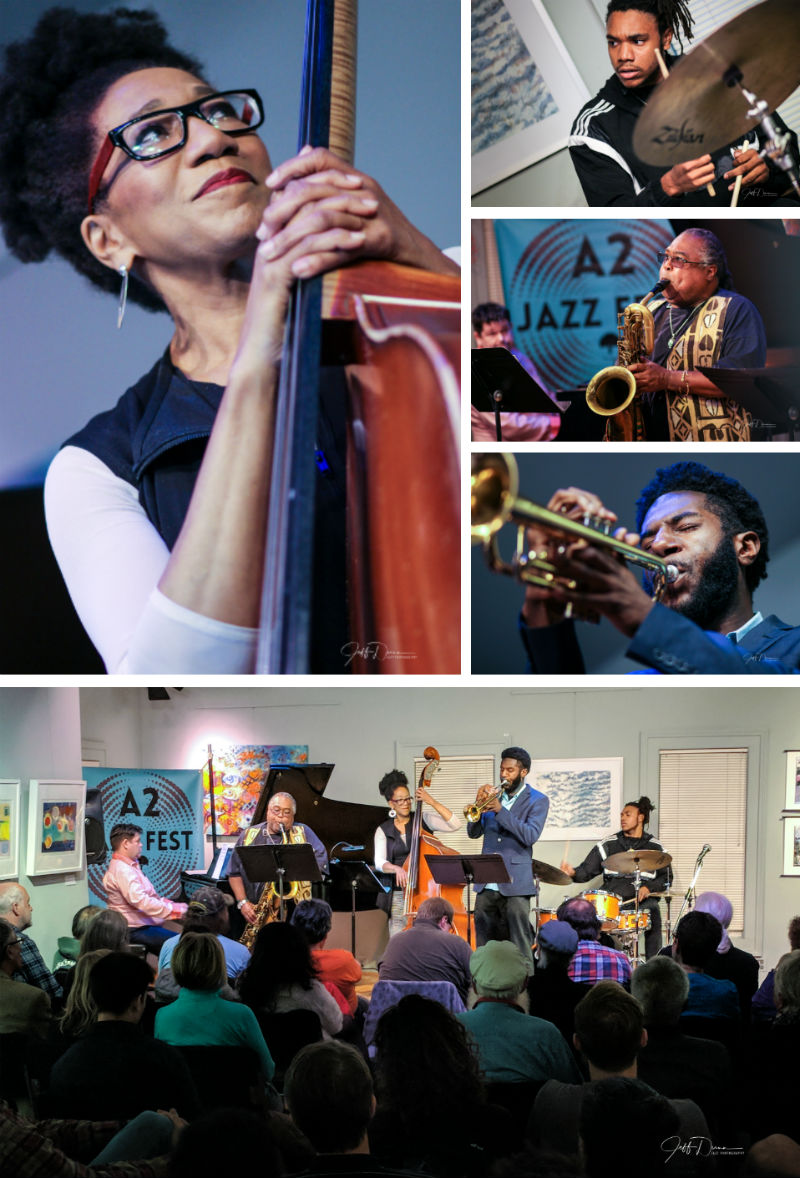 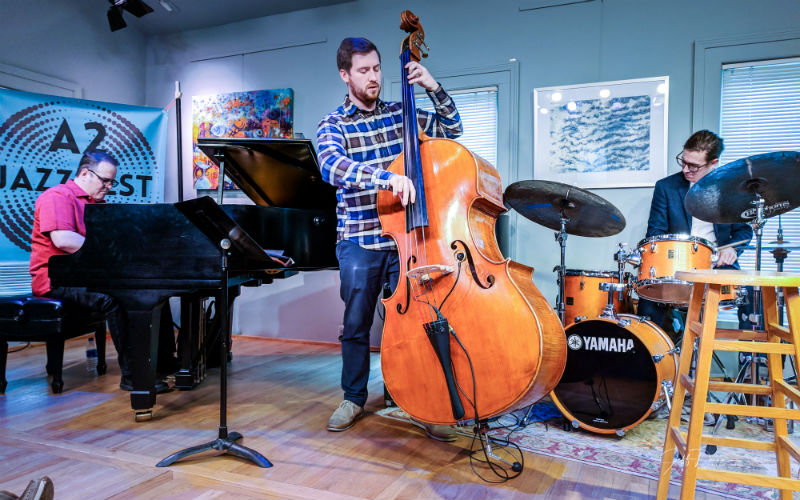 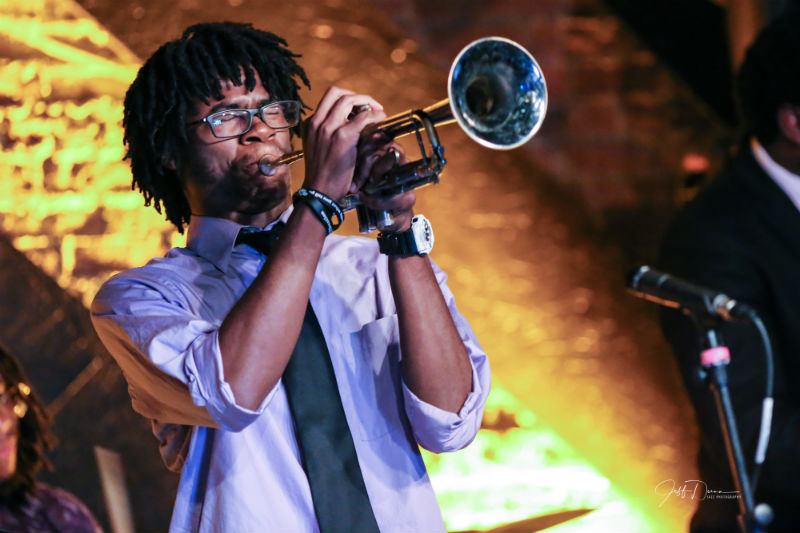 I've known Jeff for about 5…

I've known Jeff for about 5 years now and he is anything but a hack, a passionately devoted jazz lover and photographer. You will rarely see a major (or minor) jazz event without Jeff, camera (or cameras) in hand.

I'm a musician in town, and…

I'm a musician in town, and we all love Jeff's photos. In addition to capturing the jazz scene here, he also provides a wonderful service to those of us who can use these as our professional photos.

Thank YOU! One of the many…

Thank YOU! One of the many stellar musicians around town!

Being a jazz lover and…

Being a jazz lover and photographer, I love Jeff's photos of all the jazz events he attends. I think he really captures the passion of the musicians. He honors them by posting their photos on Facebook and other media. He shows a different perspective in his photos. He has a lot of fun making these images. Don't sell yourself short, Jeff. You have my vote!

Well...thank you so much for…

Well...thank you so much for this. It means a lot! I love to do this...one of my greatest passions. We'll see you on the scene SOON!