Synthesize Your Life: A wrap-up of Mini MoogFest 2017 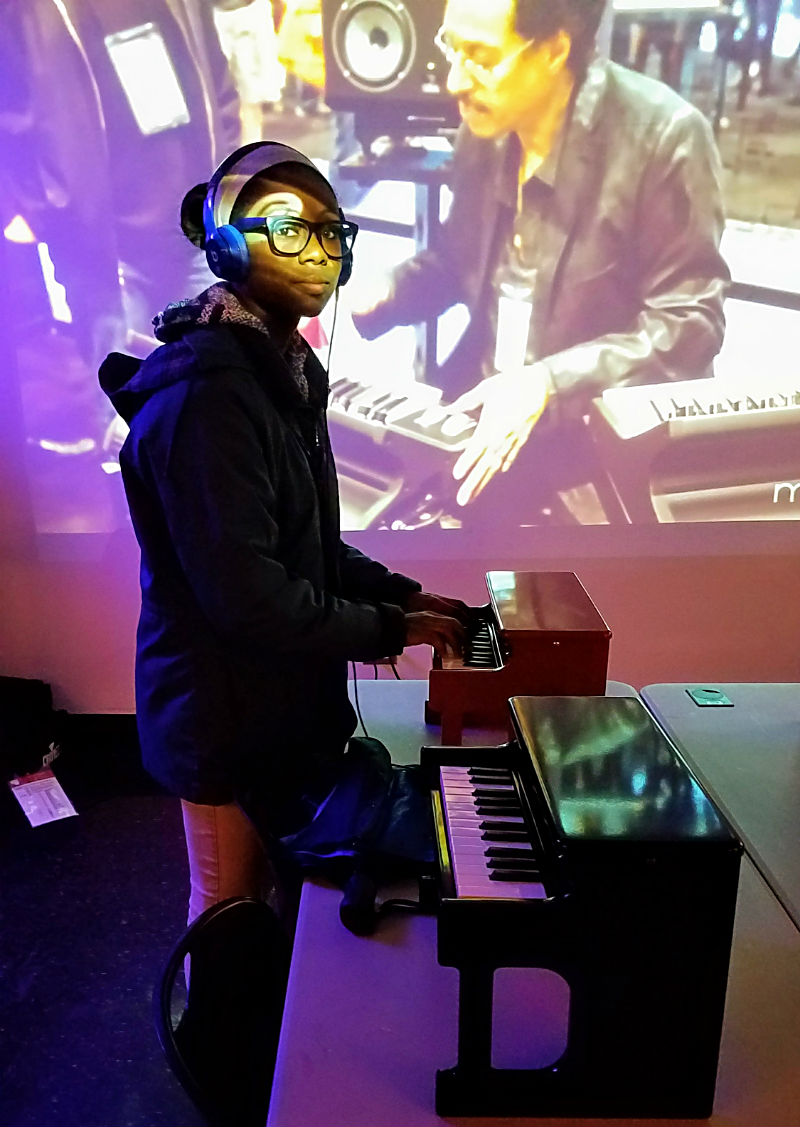 MoogFest visitor jams on a Korg tinyPiano in an impromptu duet with Earth, Wind & Fire's Larry Dunn on the big screen. Photo by Christopher Porter.

If we Ann Arbor District Library staffers were excited synthesizers, we'd be whooping with pitch-bent, major-key oscillations from the joy Mini MoogFest 2017 brought us. Our third annual iteration of this event greatly expanded upon our two previous offerings, and we had a fully packed house at the Downtown Library on Saturday, Nov. 18. Librarians on the scene estimated that over 350 people -- including around 75 kids -- made their way through Mini MoogFest, where they built synths using littleBits, played around with AADL's Music Tools, and enjoyed live performances from area electronica artists. Below is a roundup of photos, videos, and social media posts covering Mini MoogFest 2017.

Panorama of the Secret Lab in full bleep-bloop-squiggle-whoosh swing. Photo by Christopher Porter. 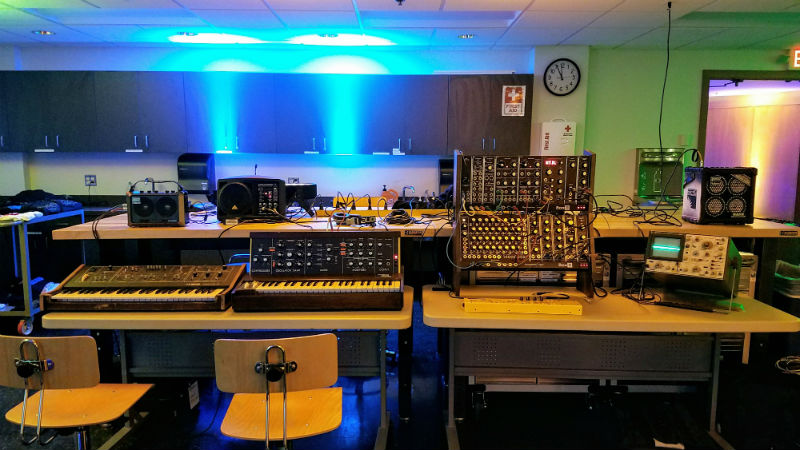 Alex Taam, who produces music under the name Mogi Grumbles, brought his Moogs and modular for fest attendees to explore. Photo by Christopher Porter.

Multiple videos of Alex Taam's oscilloscope (hover your mouse over the middle right of the image to bring up an arrow to scroll through the clips): 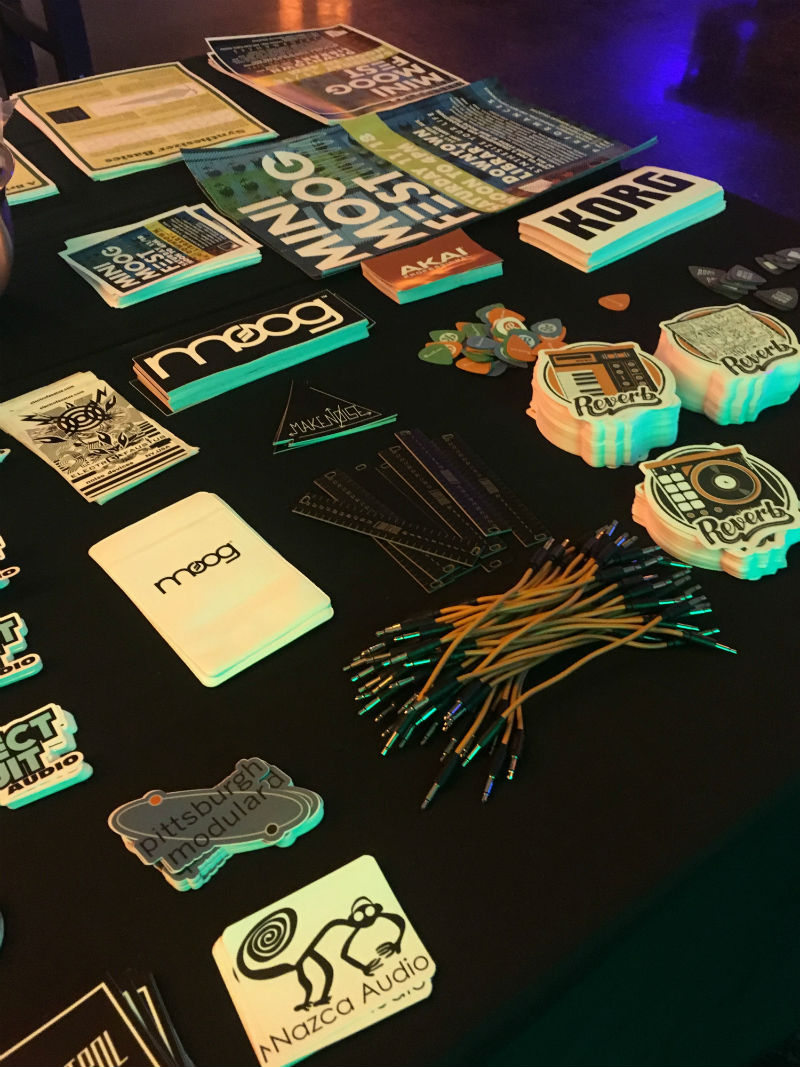 Panning around the Secret Lab: 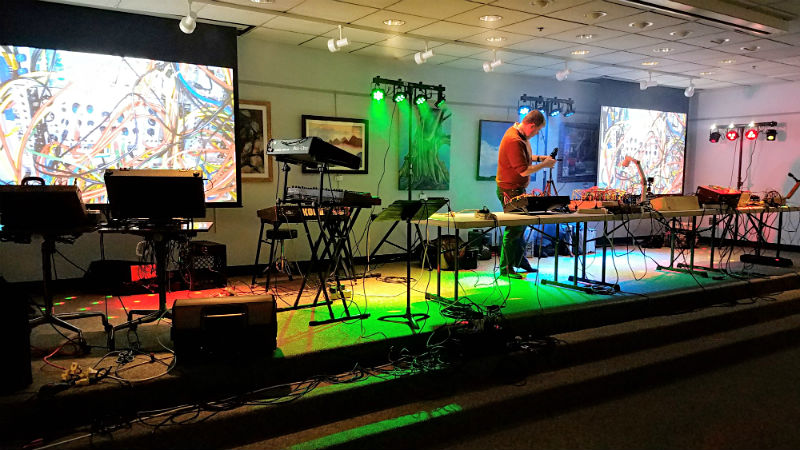 First photo, Bauer's spaghetti wires. Second shot, Mike Dykehouse's rig (hover your mouse over the middle right of the image to bring up an arrow to scroll through the clips): 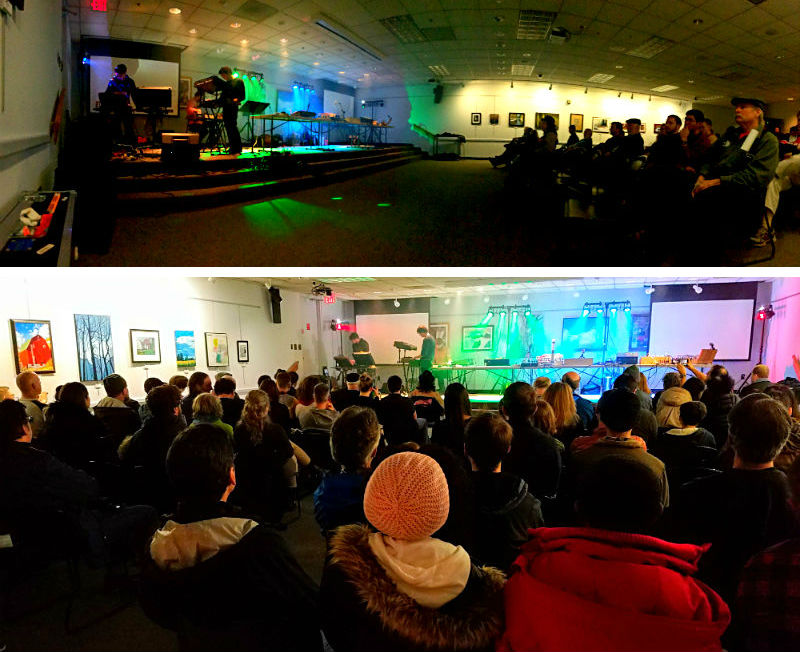 Sean Curtis Patrick sets up his synth table for the day's opening performance and shown in silhouette:

A video plus photos from Mini MoogFest (hover your mouse over the middle right of the image to bring up an arrow to scroll through the clips):

And an excerpt from Bill Van Loo's: 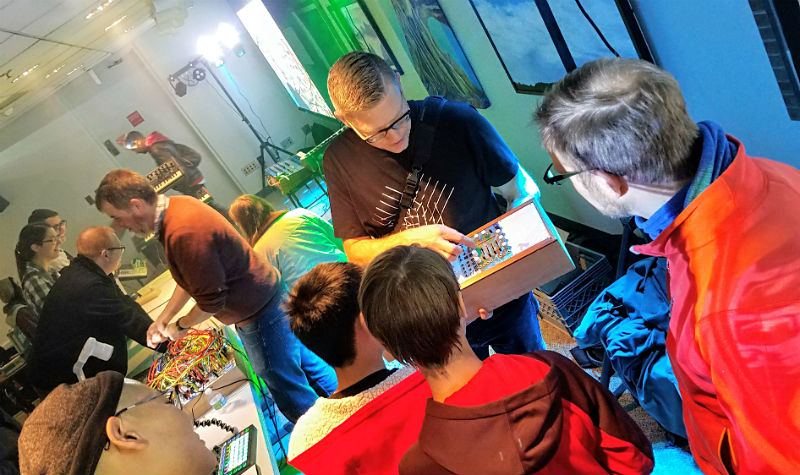 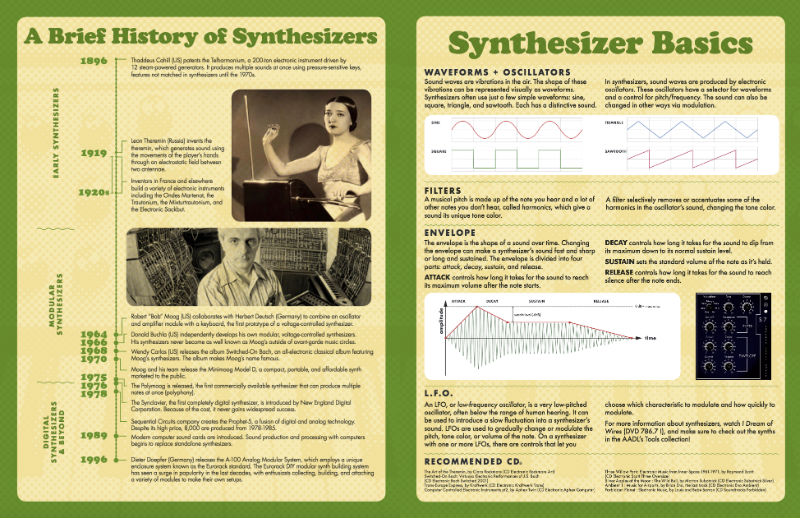 found a lot of useful…

found a lot of useful information, thanks guys!
www.19216811ip.mobi