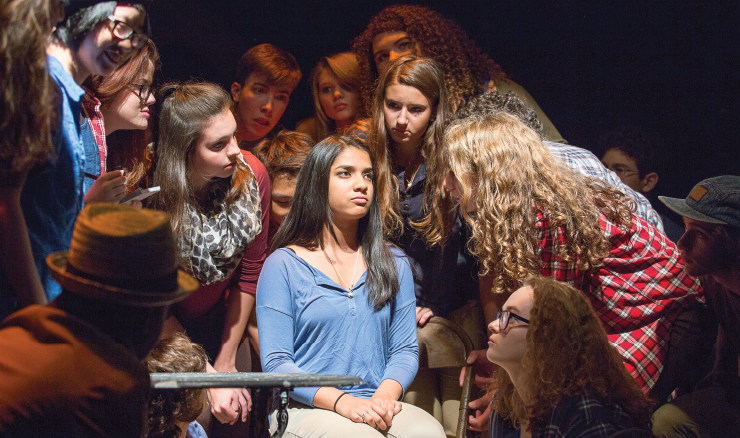 Community High School’s Community Ensemble Theatre (CET) will take on the highly ambitious, experimental play-of-many-plays, Too Much Light Makes the Baby Go Blind starting this weekend. This challenging interactive production, adapted for teenage performers from the Chicago production that debuted in 1988 - currently the city’s longest-running play at 25 years - is built around 30 two-minute “plays” in a 60-minute speed format.

In his 2010 review of the Chicago production, Chicago Theater Beat critic Keith Ecker described Too Much Light - then in its 21st year and still selling out every show - as “a complete and utter oddity,” citing its ideological kinship with the 20th century Italian Futurism movement.

CET director Quinn Strassel recently said, “This show is funny, edgy, and at times highly emotional. Most importantly, the unorthodox structure allows us to feature dozens of kids in lead roles."

“It's ambitious," adds Strassel, “but I think the kids are excited about taking on the challenge.”

Hardly your typical high school theater fare, Too Much Light... has only recently been made available to educational theatre companies, so Ann Arbor is finally getting its chance to see what all the fuss is about.