In Which Bruce Eric Kaplan Talks About his Memoir and Career, But Would be Equally Happy to Discuss 1970s TV Show Plots Instead 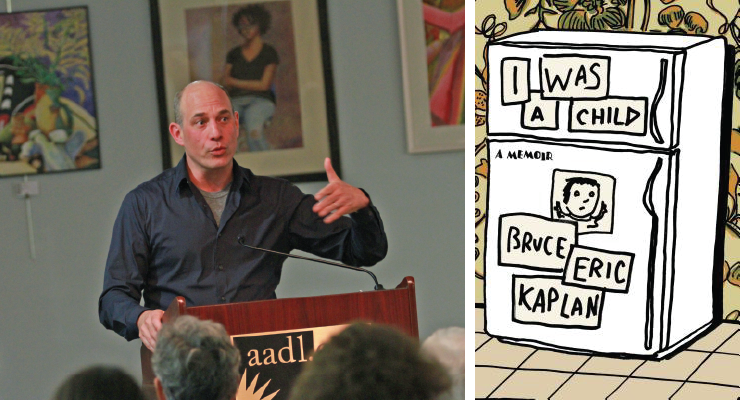 Bruce Eric Kaplan’s talk at AADL on Wednesday, November 11, could have been titled “How I Accidentally Sold a Publisher a Book About my Childhood” or “I Love TV.” But his talk really didn’t have or need a title, in keeping with his low-key, off-the-cuff, c’mon-let’s-just-keep-it-casual approach to the event. This left lots of room for audience questions and comments, resulting in an easy, back-and-forth conversation between the room and Kaplan, whose pithy single-panel cartoons have appeared in the New Yorker for 20+ years, and whose television work has included scripts for Seinfeld and Six Feet Under and a producer role with the HBO show Girls.

Kaplan came to Ann Arbor as part of the 28th Annual Ann Arbor Jewish Book Festival and he offered a short reading from his latest book, an illustrated memoir called I Was A Child. Kaplan's mother passed away several years ago, and then a couple of months after his father passed on as well, Kaplan found himself in a pitch meeting with a publisher, talking on and on about his parents and growing up in New Jersey. Afterward, he was so surprised to learn that the publisher wanted to buy this story, he made his agent call back to double check.

Kaplan says that working on this memoir was like spending day after day with his parents when they were young and healthy, and closing up his work each afternoon felt like losing them all over again. “We need a word for something that is both healthy and unhealthy for us,” he said, explaining that spending so much time thinking about his parents might have been unhealthy for him, but in the end, the closure he got from the process, was very positive. The process of writing the book also made him rethink parenting his own children, ages 8 and 10. “I realized they’re watching me,” he said.

The topic that really lit up the room, however, was television. Kaplan grew up watching TV, McMillan and Wife, I Dream of Jeannie, Lost in Space, Star Trek, Perry Mason, and countless old and semi-forgotten movies. (June Bride, anyone?) Even memories formed later in life are informed by his early love of television. For instance, after moving to Los Angeles as an adult, hoping to work in TV, he saw Mary Tyler Moore performing a scene on a soundstage. This was the breakthrough moment when Kaplan realized he could write television scripts, but in recounting it, he lovingly detailed watching The Mary Tyler Moore Show as a kid, when it was on in syndication, airing from 4-5 pm, EST, on Channel 4.

It was while writing spec script after spec script (he always thought he had a good Golden Girls episode in him, but he never managed to sell one), that he began submitting single panel cartoons to The New Yorker. At the time, artists could submit 10 ideas per week with a self-addressed, stamped envelope. He sent them in for years, his enclosed cover letters getting terser and terser, until finally, they bought one. He continues to submit cartoons monthly, and has been a regular contributor for more than 20 years. For people curious about the “labor of love” that is single-panel cartooning, Kaplan recommended an documentary, forthcoming from HBO, on New Yorker cartoonists called Very Semi-Serious.

Kaplan eventually sold several scripts to Seinfeld, which was the show that taught him that “you could incorporate your own existence into the half hour world.” In keeping with that lesson, he wrote the episode where George Costanza runs over some pigeons, an occurrence borrowed straight from the life of Bruce Eric Kaplan.

His experience working on Six Feet Under was a little different - while he wasn’t borrowing instances directly from his own life, he still felt an immediate connection to the characters on the show. “I read the pilot and I felt like I understood the family that doesn't talk and wants to connect but can't connect,” he said.

Because Kaplan was such a casual and conversational speaker, the event didn’t feel like a traditional lecture or a literary reading. It felt much more like sitting in someone’s living room, and chatting with a fellow guest who’s telling good stories about their interesting career. Then you remember you’re at AADL listening to the guy who drew this cartoon: 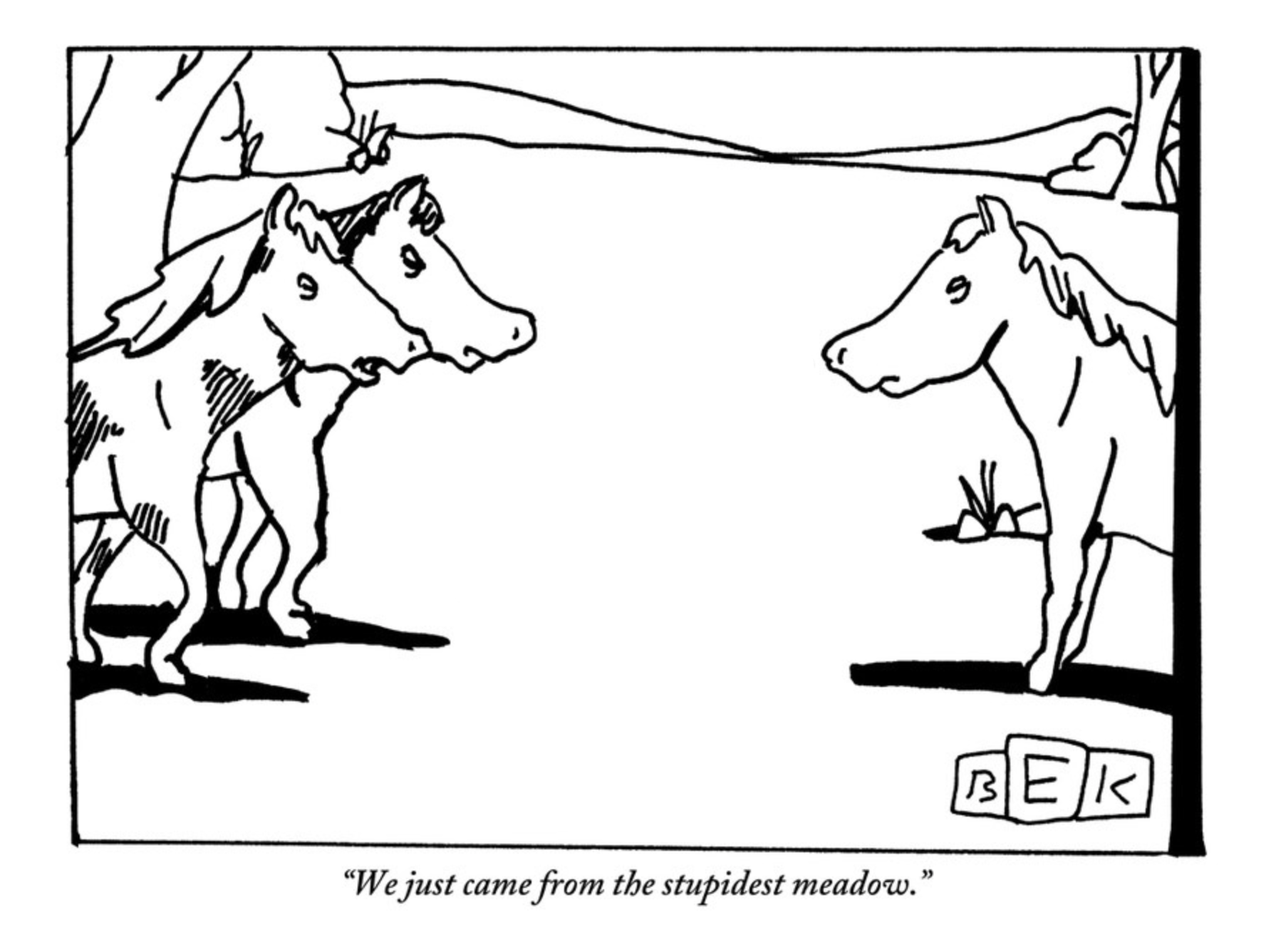 and you think, I’m really glad I came tonight.

Sara Wedell is a Production Librarian at the Ann Arbor District Library and was a real I Dream of Jeannie fan herself, back in the day.