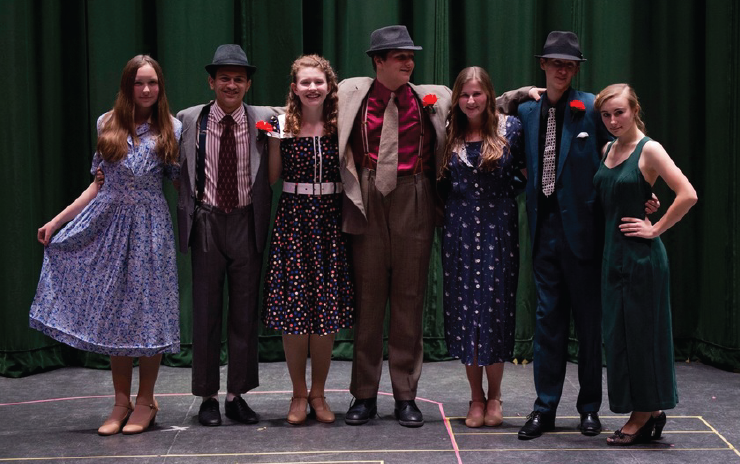 Huron Players prove they can do with a production of Guys and Dolls.

Guys and Dolls was adapted from two short stories by author and journalist Damon Runyon, whose colorful lifestyle beyond the pen as a chain-smoking gambler with a 40-cup-a-day coffee habit and close friends with gangsters, hustlers, and chorus girls shaped the endearing “Runyonesque” lowlifes that populate his tales with their distinctive gangster slang.

With music and lyrics by Frank Loesser, Guys and Dolls follows small-time gamblers Sky Masterson and Nathan Detroit as they wager with Lady Luck on the streets and back alleys of New York City. A big hit when it opened on Broadway in November 1950, the musical went on to win a Tony Award, inspire a 1955 film adaptation, and has seen several successful revivals over the decades.

"More I Cannot Wish You" but you’ll double your odds of catching more Guys and Dolls on the Power Center stage in April when the University of Michigan Department of Musical Theatre & Dance takes a chance on the show.

Guys and Dolls runs Friday, February 5 - Sunday, February 7. Tickets: $15 for Adults and $10 for Students/Seniors/Staff. For more information and tickets, visit: the Huron Players website.
Sign in to comment