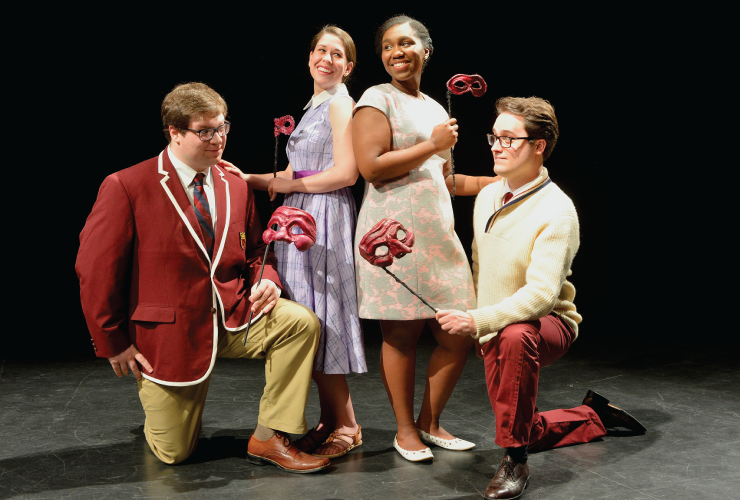 If you're a fan, get your tutte out to see Così Fan Tutte.

A wager that women can’t be faithful and a bold experiment (with elaborate disguises to prove that point) form the plot foundations of Mozart’s famous comic opera Così Fan Tutte, to be performed by University Opera Theatre accompanied by the University Philharmonia Orchestra.

Deemed scandalous on its premiere, the opera had a troubled production history. Commissioned for the 1789-90 season, Così Fan Tutte received only five performances before the 1790 death of Emperor Joseph II. The new emperor did not hold the same cultural views as his predecessor and the new comic opera received only five more performances. It is rumored that Mozart, who died the following year, never even received full payment for his authorship.

Today’s audiences find this opera comical, yet touching. The complex plot (featuring mixed identities, declarations of love, and fiancée-swapping as two young men don disguises to woo their own girlfriends) is no longer scandalous but extremely amusing. The magnificent score includes such beautiful arias as “Come scoglio,” “Smanie implacabili,” and “Per pieta.”

Directed by Kay Walker Castaldo and conducted by Kathleen Kelly, the U-M production will be sung in Italian with projected English translations.