Review: Abstraction and Reality in Seibren Versteeg's 'Like II' at UMMA 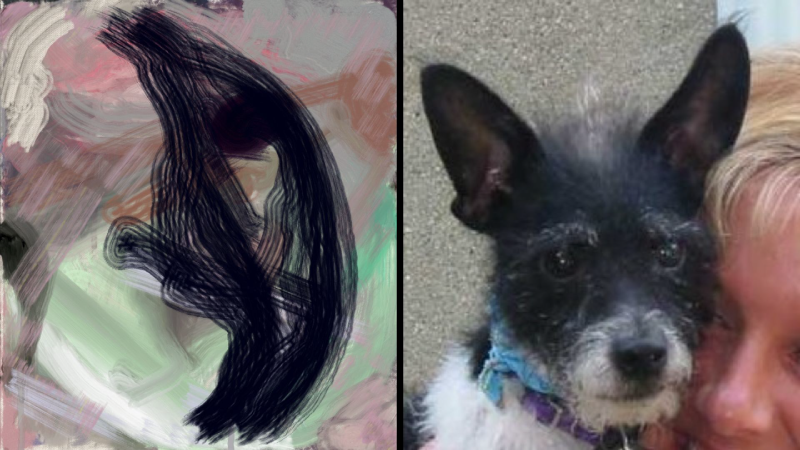 A new exhibit at the University of Michigan Museum of Art is deceptively simple at first. As viewers enter the media room to see Siebren Versteeg’s Like II, all that one sees are three screens propped against the far wall. A computer generated algorithm slowly adds color to the screen on the far right. Stay in the room long enough, and the two screens on the left will change from a blank white to display an image. What’s going on here, exactly?

Brooklyn-based Versteeg created Like II to explore the concept of abstraction, but in the reverse of the sense that we usually explore it. As the computer “paints” an abstract image on the right, that image is uploaded every 60 seconds to Google’s “search by image” feature, and images that most closely match what has been created by the computer are displayed on the left two screens. Sometimes, they match shockingly well. Other times, it takes viewers a few moments to pick out what from the original piece made Google choose the images that are on display—maybe it was a splash of red in the upper right-hand corner, or a bright green area along the bottom of the frame. So, reality is being found through an image search that results from the abstraction of a code painting a random image. 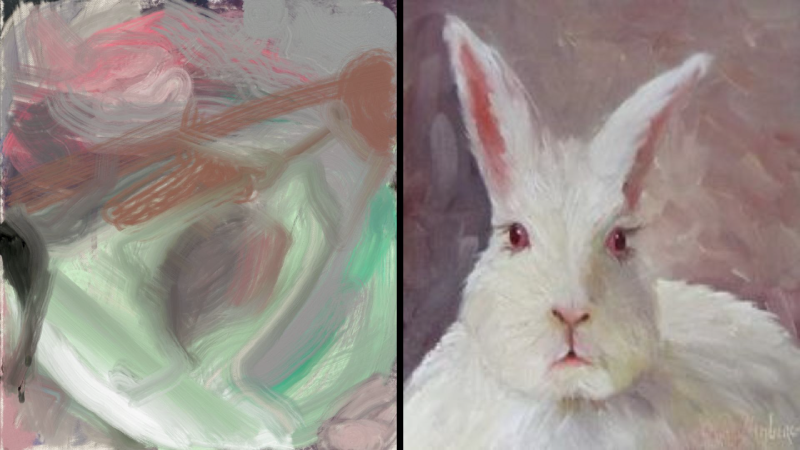 This piece is interesting because it is never the same: sure, sometimes the Google image search pulls the same images from the depths of the Internet a few rounds in a row, but throughout this the algorithm has been adding subtle changes to the original piece. There is truly constant motion. It’s especially fascinating because Versteeg really has little to do with what people actually see: he created the concept for this art piece, but, as he says, “As the nature of the images presented by the work is random, the artist assumes both all and no responsibility for the presence and content.”

Although Like II is technically a single piece of art, it’s one that visitors to the museum can spend a lot of time viewing without losing interest… and can even revisit more than once to see what has changed.

This unique installment is a treat to have here in Ann Arbor and is on view at the University of Michigan Museum of Art's Media Gallery through July 24, 2016.