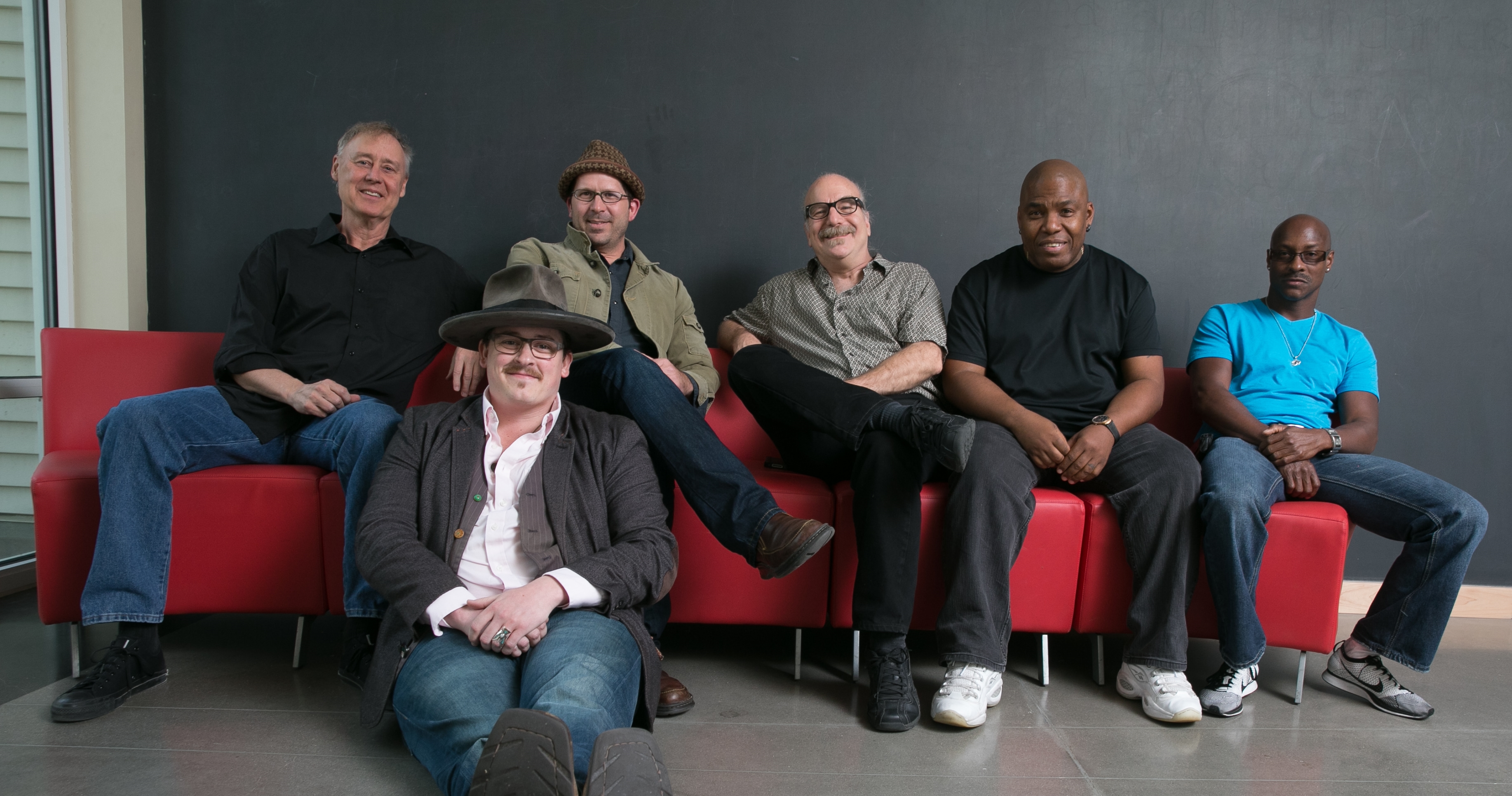 Bruce Hornsby with his noisemakers.

Bruce Hornsby is still making beautiful noise. If you liked The Way It Is back in the 1980s, you’ll be amazed by what he’s done since then. His latest touring iteration as the group of jam/pop/jazz/grass/rock fusionists, Bruce Hornsby & The Noisemakers, and their just-released album Rehab Reunion, have me vibrating with anticipation for their appearance Thursday night at the Power Center on the University of Michigan campus.

In the 30 years since Hornsby owned the airwaves and was named Best New Artist at the 1986 Grammy Awards, the other “BRUUUCE!” has enriched and reinvented his music in a series of layers that can be studied like rock strata, each layer deepening the impact and artistry of his career.

The strata from bottom up:
• Take a rock-solid improvisational piano technique honed at Berklee College of Music, steeped in surprising jazz phrasing and syncopation.
• Throw in a banjo, perhaps Bela Fleck. Bring bluegrass themes to the fore, and then aft as pop/jazz bounds forward.
• Add some horns. Organ. Extra percussion. Mandolin. More banjo!
• Call up Jerry Garcia and sit in at keyboard for the Grateful Dead. Only 100 shows or so.
• Call up Ricky Skaggs and turn your most iconic top-40 songs into funky bluegrass improvisational explosions.
• Collaborate with the likes of Bob Weir, Don Henley, Sting, Elton John, Eric Clapton, Pat Metheny, The Nitty Gritty Dirt Band, Trey Anastasio, Mickey Hart, Bob Dylan, Railroad Earth, Crosby, Stills & Nash and Bonnie Raitt to expand the repertoire. (Many sub-layers here!)
• Continue to tour and record off and on for the last 15 years as Bruce Hornsby and the Noisemakers while continuing to perform and record as another half-dozen personae.

Rehab Reunion is the band's fifth audio release (after their DVD debut Here Come the Noisemakers) and their first release in five years. The music business has turned upside down with the digital revolution, and artists now earn most of their keep on the road. That doesn’t obviate the recordings, which are mostly marvelous, (Hornsby has a habit of walking the improvisational wire without a net) but the real money is on tour.

I used to say that Bruce Hornsby got me through some dark musical times of the mid-80s and early 90s (along with Tom Petty, Huey Lewis and Don Henley), but in truth, Bruce’s multitude of musical styles and collaborations has carried me through every decade since.

Join us Thursday night to discover what stratum Bruce will draw from… likely, all of them.