WordFest Review: Variety is the Spice of Life! 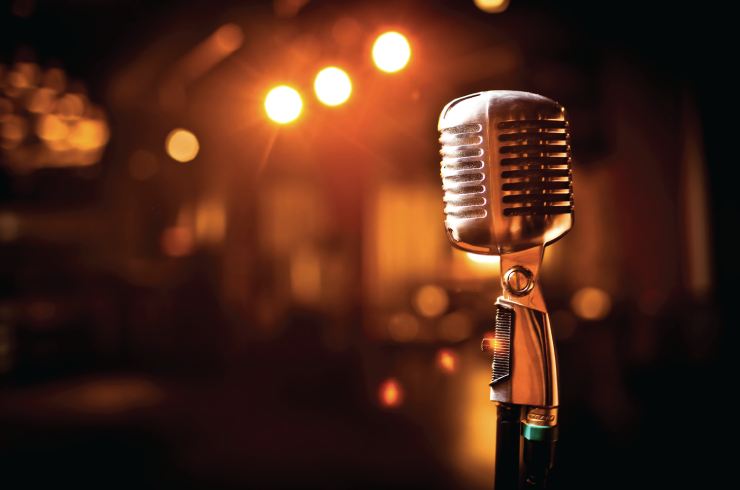 WordFest brought a variety of shows to the Ann Arbor Civic Theater stage.

Variety shows were a huge part of my childhood - Sonny & Cher, Sha Na Na, even Lawrence Welk - I especially loved Welk’s accordions, although the rest of my family gently teased me about this. These were the shows that we watched in my family. They offered enough variety (as the name promises) to entertain my Silent Generation grandparents, Baby Boomer parents, and a young me. Thus, it was an absolute pleasure to see a live variety show at the Ann Arbor Civic Theater this past Saturday!

WordFest One: A Spoken Word Variety Show was the brainchild of Lyn Davidge. Davidge says she made her stage debut at age 61 with six lines in an Ann Arbor Civic Theater play. She then met other actors and playwrights, and became fascinated with “how all the spoken art forms complement and contrast with each other, and how different artists had different ‘takes’ on their particular art form.” Conversations with her fellow artists inspired Davidge to put on an independent show. “My wish to do a variety show just evolved. I had time this summer, and just decided to do it!” Davidge said.

The sold-out event began with a charming story from Davidge, about her grandfather who made and sold rat poison all around the greater Midwest. Poet and storyteller Bob Brill followed up with a “flash fiction” (a story less than 1,000 words) story about a dying man who revisits some key moments of his life. Bob’s genuine, authentic voice gave so much to this story that I really began to believe that the man ran off to chase the moon with his five-year old self.

The last act in the first half was the reading of an original play by Glen Modell called Death of a Poet. This play also dealt with death, but in such a way that I felt hopeful and full of life. An elderly poet is finishing a poem and needs just a little bit of help, which comes in the forms of the human embodiments of other poems he has written throughout his lifetime. They—and the millions of other poems written throughout history—are all waiting for him once he finished that last line. Performers included Dave Keren, Glen Modell, Sanders Hamson, Susan Klein, Lorelle Otis, Jean Leverich, and Marilyn Scott.

The second half opened with stand-up comedy by improv actor Andy Jentzen. If you know Andy, then you know there were plenty of Santa Claus jokes mixed in. Next was a monologue written by Lori Reece and performed by Jean Leverich. This poignant and witty piece, Professor Parker on Pot, dealt with a professor whose first experience with marijuana coincided with her terminal illness. Lastly, the revue featured a play by Steve Daut, a riff on our reality show obsessed society that asked “so, who wants to elect a president?” The humorous one-act featured Don Pardo, played by Andy Jentzen, Bill Rodman, played by Dave Keren, Penny Salin played by Susan Klein, Clio Hill played by Lorelle Otis, and the narrator played by Sanders Hamson. We eventually got a president, but there were some fun twists and turns along the way!

WordFest One was a great way to spend a rainy Saturday afternoon, just like the way I used to watch Lawrence Welk every weekend—and not an accordion in sight!

Patti Smith is a special education teacher who lives in Ann Arbor with her husband and cats. She is the author of two books about Ann Arbor, the most recent is a history of the People’s Food Co-op. Visit her at www.PattiFSmith.com or @TeacherPatti on Twitter.