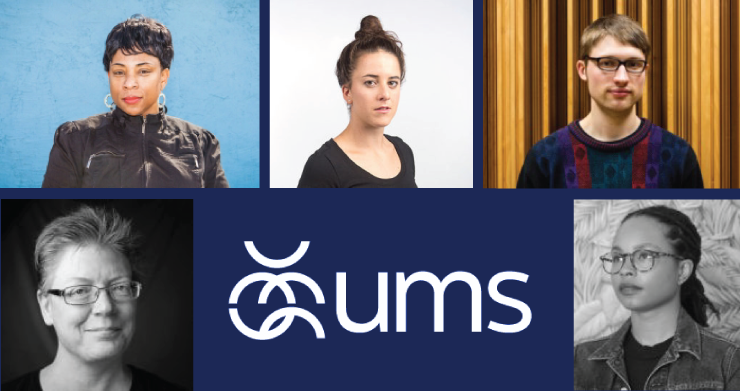 The theme of the 2016-2017 UMS Artists in Residence program is "renegade art-making and art-makers" and the artists have just been announced. According to the announcement, the "five artists (including visual, literary, and performing artists) have been selected to use UMS performance experiences as a resource to support the creation of new work or to fuel an artistic journey."

Simon Alexander-Adams - a Detroit-based multimedia artist, musician, and designer working within the intersection of art and technology.

Ash Arder - a Detroit-based visual artist who creates installations and sculptural objects using a combination of found and self-made materials.

Nicole Patrick - a musician and percussionist who performs regularly with her band, Rooms, and other indie, improvisation, and performance art groups around southeastern Michigan.

Qiana Towns - a Flint-based poet whose work has appeared in Harvard Review Online, Crab Orchard Review, and Reverie, and is author of the chapbook This is Not the Exit (Aquarius Press, 2015).

Barbara Tozier - a photographer who works in digital, analog, and hybrid — with forays into video and multimedia.

Congratulations to these artists - and look for blog posts and engagement with the artists throughout their term on the UMS site.