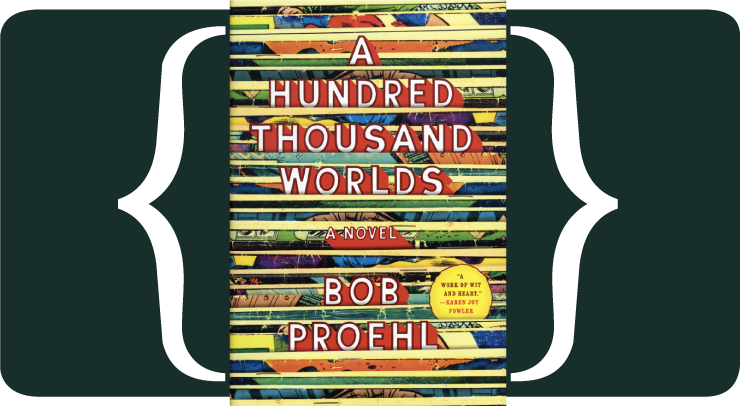 A Hundred Thousand Worlds * by Bob Proehl is a mother-son cross-country road trip through the world of comic-cons,

New York actress Valerie Torrey, who has a successful run playing Bethany Fraser in a syndicated X-Files-ish TV show called Anomaly is taking her 9 year-old son Alex on a road trip to LA where his father Andrew lives.

Along the way, Val agrees to make appearances at comic book conventions. From Pittsburgh to Cleveland, from Chicago to Las Vegas they are increasingly being drawn into the lives and drama of the other regulars - artists, writers, agents, publishers and a strange world of "cosplay" (costume play), mostly young women who dress up as comic book characters.

For Alex, this world is a magical place where fiction becomes reality, but as they get closer to their destination, he begins to realize that the story his mother is telling him about their journey might have a very different ending than he imagined.

Debut novelist "Proehl has done an excellent job of integrating all of the story lines and creating memorable characters to populate them. Though not without its melancholy moments, the story is deeply satisfying and will delight both comics fans and general readers." (Booklist)