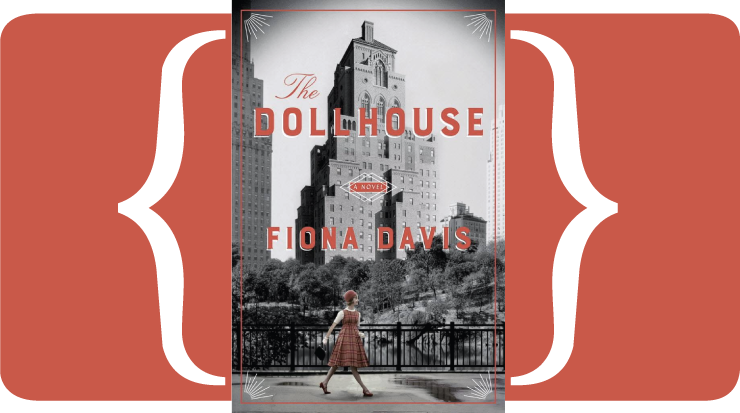 Referred to as The Dollhouse * by the Manhattanites, the Barbizon Hotel for Women is where aspiring models and secretaries who often come from small towns, try to make it on their own in the 1950s.

Darby McLaughlin arrived from Ohio to take up secretarial studies at the Katherine Gibbs School . Compared the glamors Eileen Ford housemates, she was plain, self-conscious, and homesick. Befriended by Esme, a Barbizon maid, she was introduced to an entirely new side of New York City: seedy downtown jazz clubs.

Over half-a-century later, journalist Rose Lewin is evicted from one of the Barbizon condos when her divorced boyfriend decides to reunite with his family. Rose is forced to take refuge with her reclusive downstairs neighbor Darby, one of the original tenants. As Rose's life implodes around her, she is consumed with the story behind the rumors that Darby was involved in the grisly death of Esme. Yet as Rose's obsession deepens, the ethics of her investigation become increasingly murky, and neither woman will remain unchanged when the shocking truth is finally revealed.

"Darby and Rose, in alternating chapters, weave intricate threads into twists and turns that ultimately bring them together; the result is good old-fashioned suspense," (Publishers Weekly) by debut novelist Fiona Davis.

Sylvia Plath's The Bell Jar was based upon her time working at Mademoiselle and living at the Barbizon (called The Amazon in the novel). This historical landmark, built in 1927 is now upscale condos under the name Barbzon 63.

Readalike: Searching for Grace Kelly by Michael Callahan (another FFF) and Suzanne Rindell's Three-Martini Lunch will captivate readers with a strong sense of time and place as the authors bring a legendary New York building to life and populates it with memorable characters who find themselves in unusual situations.