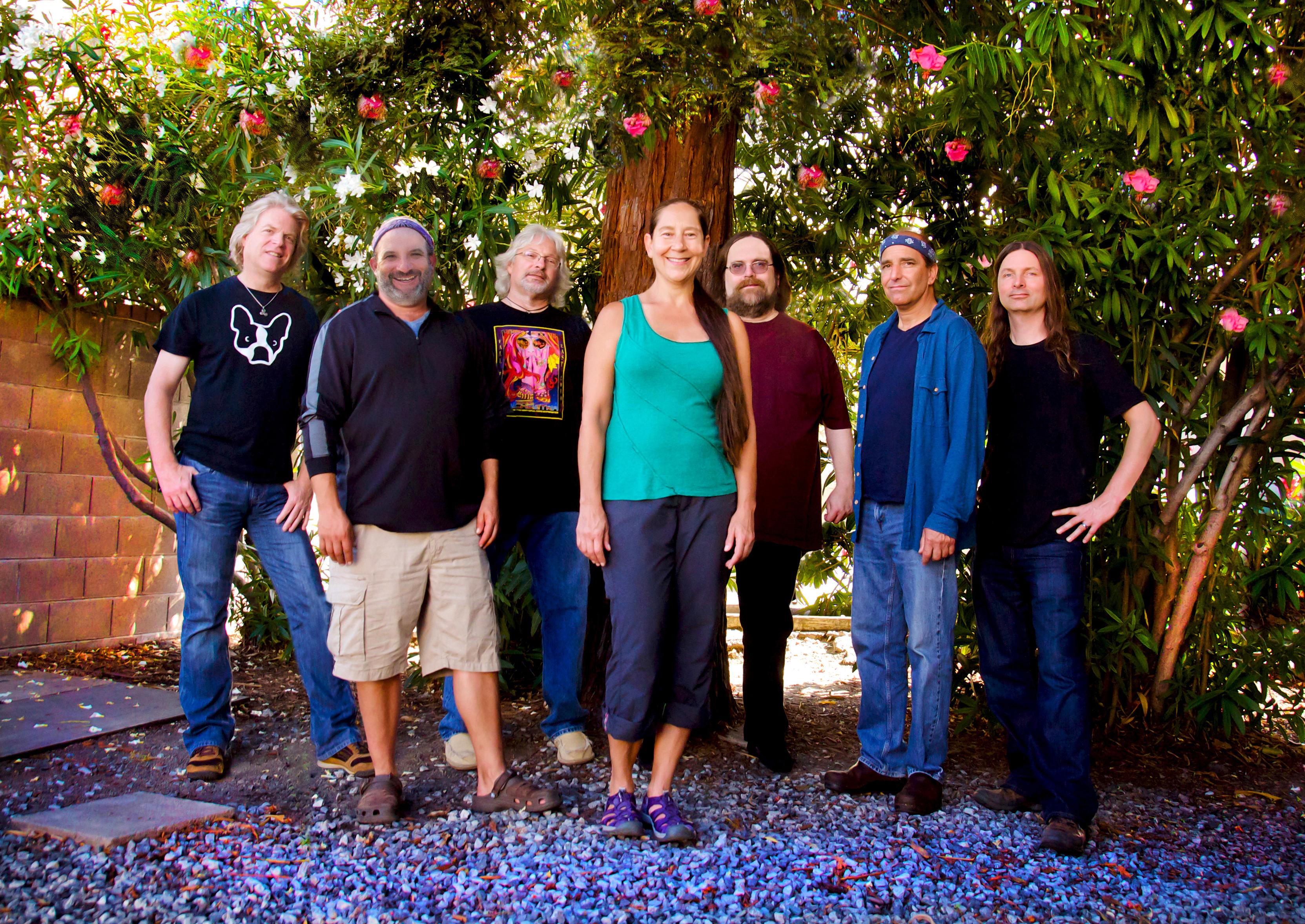 Formed in Chicago in 1997, two years after the death of Dead lead singer and guitarist Jerry Garcia, the band channels the spirit of the Dead by recreating complete sets from throughout the legendary jam band’s history. The DSO uses period-accurate gear to emulate the original concerts’ nuances as closely as possible. Every few nights on tour they play an “elective set,” building their own unique setlists which draw from the many disparate eras of the Dead’s storied career.

True to the Dead’s spirit, the DSO is also notably prolific. To date the band has played over 2,500 concerts -- more shows than the original Dead performed in its entire 30-year run. Members of the Dead have also performed with the band throughout the years, including rhythm guitarist/singer Bob Weir and bassist Phil Lesh, giving the DSO implicit approval.

The DSO plays the Michigan Theater this Saturday. The band’s current lead guitarist, Jeff Mattson, formerly of The Zen Tricksters, replaced founding member John Kadlecik in 2009 when Kadlecik joined former Dead members Bob Weir and Phil Lesh’s band Further. When we spoke with Mattson last week he declined to reveal what the group has planned for their gig in Ann Arbor. He did, however, discuss performing with founding Dead members and the role his local library had in turning him into a Deadhead.

Q: How did you first discover the Grateful Dead?

A: It goes way back. I heard "Casey Jones" on the radio, and I went to the library, of all places, and I took Workingman's Dead out. I liked what I heard, and I followed that up soon after that with American Beauty, and I really liked that. I was really taken with "Truckin'."

Then someone loaned me a reel-to-reel tape of Anthem of the Sun. It was a little too heavy for me at the time. I like it, but it just kind of scared me. I said, "Oh, I'll have to come back to this" [laughs]. Because it's just a very deep, psychedelic record. Very different than Working Man's... and American Beauty.

And then I took it from there, buying the records. I saw my first show in 1973 at Nassau Coliseum and never looked back. I was really taken when I realized how different the songs were live. That can be a nonstarter for some people, but I grew up in a household listening to jazz. My father's a jazz musician. So I just kind of got improvisation, and I just dug the fact that it was different every night.

Q: Being such a big fan, what was it like to eventually get to play with Phil Lesh many years later?

A: That was my first experience playing with any of the members of the band, so it was just like a dream almost that I never dared to dream come true. He's such an incredible musician, so to play that music with him, and to play some of the songs he wrote ... I thought, "Oh my god. I've been playing this song for years, but this is the man that wrote the song!"

I've gone on from then to have played with all of the surviving members of the Grateful Dead at one time or another. I really look at those experiences as being highlights of my musical life. There's just something so exciting to play the music you love with the people who originally created it.

Q: How did that opportunity come about?

A: Actually, it was not that many years after Jerry Garcia passed away. It was 1999, and Jerry Garcia passed away in 1995. Phil got in touch with us based on hearing -- and when I say "us," I mean me and Rob Barraco, who was my keyboard player -- my band at the time, The Zen Tricksters. He heard one of our CDs of our original music and was taken by our ability to jam in the studio. He was really impressed with that. He said in his words the Grateful Dead could never really do that, jam in the studio. I don't know if I really agree with him on that. There are some really beautiful jams on some of their studio records.

But nonetheless, when I came to play with him I don't think he realized we had been playing Grateful Dead music. It was a little too close I think, at the time, to sounding like Jerry. I think that was unnerving to him at the time. He didn't say that, although he did say things like, "Oh, you don't have to play so much like Jerry." I don't think he wanted to be perceived that he was trying to replace Jerry or something like that. Of course, I was just excited to use my acquired skill set [laughs] in that context. But it all worked out fine. I got away from playing too much like Jerry, and I guess [Lesh] was okay with it.

Q: How did experience inform your work with Dark Star Orchestra?

A: When I'm in the context of playing the Grateful Dead, I have a tendency to be a little more purist about the Jerry Garcia influence. I saw from playing with Phil that he wasn't trying to recreate that. At that time he was also singing most of the songs, so he was changing the keys on them … He was really interested in coming up with new feels for them. I saw at the time that there was a lot of room for playing with the art form, although as you mentioned that's not what we're really about in Dark Star Orchestra.

Having said that, Phil sat in with us two or three times with Dark Star. That's been a lot of fun. As has Bob Weir and Bill Kreutzmann and Donna Jean Godchaux. I can't speak to how much they approve of what we're doing, but I guess we got their approval by having them sit in with us.

Q: Being that Dark Star Orchestra alternates between performing recreations of specific Dead shows and also building your own sets, what can we expect when you come to Ann Arbor?

A: About every third or fourth night we do what we call an "elective set," where we make up the setlist just to help keep it fresh and hit on the songs that weren't really getting hit on the tour. Our fans come down somewhere in the middle about what they prefer. There are some people who prefer to hear us do [purist] sets, but there are some people that love that when we do elective sets that we can cross over eras, playing songs that maybe they only played in 1969, then go into a song they played in the '90s. Things that never really happened in Grateful Dead land, we can experiment with that.

Q: How much work does it take to faithfully replicate a Dead show?

A: The difference is that when we play a 1969 show, we set up the stage and we use the gear that fits, and use the arrangements as they were in 1969. Likewise, if the next night we're doing a show from the '80s, we'll have quite a different set-up, with different instruments, all the extra percussion and stuff that was part of that set-up in those years.

We still don’t do everything exactly. It would be impossible to note-for-note recreate a show every night. Even more so, it would be quite against the spirit of the music, which is to improvise in real time. We do that, of course. The arrangement and everything else might belong to the period, but the notes are our own. We're playing how we feel in the moment.

Q: What kind of feedback do you get from your fans? Do they often pick up on the nuances you try to replicate in your performances?

A: It depends on the listener. There's a whole continuum. There's people that can spit out line and verse of the setlist of a show of any particular date. It's just remarkable how detail-oriented Deadheads can be. And then there's people who might be a little more casual listeners who might be baffled that the song sounds so different from what they're used to hearing. But I think they get it that we're trying to play it like it was played in that particular era.

Steven Sonoras is a casual Dead fan and writer living in Ypsilanti.