Writer/journalist Kevin Smokler grew up watching ‘80s teen movies in Ann Arbor, and he’ll be doing that again in the coming weeks, since the release of his new book, Brat Pack America: Visiting Cult Movies of the ‘80s, inspired the Michigan Theater’s fall film series, "Kids in America: '80s Teen Classics" which kicks off on Monday, October 10 with a double feature: Ferris Bueller’s Day Off at 7 pm and The Breakfast Club at 9:30. Smokler will be in attendance, as will director John Hughes’ son, James Hughes, and both will offer their insights about the films.

“I knew I wanted to write about the movies I grew up with, but I knew I had to find something else to say about them,” said Smokler, a Greenhills School grad who now lives in San Francisco.

As Smokler started revisiting beloved movies from his youth, he noticed that they were consistently set in places that weren’t Los Angeles or New York City, but rather fictional towns like Shermer, Illinois, or the suburbs of the San Fernando Valley, or the Midwestern city of Chicago. Locations played a key role in these films, so in addition to talking to actors, writers, and directors, Smokler went on ‘80s teen movie pilgrimages to Goonies Day in Astoria, Oregon, a Lost Boys Tour in Santa Cruz, California and more.

Fittingly, Smokler views the book as a “giant Trapper Keeper of trivia” about these movies, and one of the interviews he most anticipated was with director Amy Heckerling (Fast Times at Ridgemont High, Clueless). “She’s responsible for two of the most important teen movies of all time,” said Smokler. “I was pretty worried about what I could ask her without collapsing into a Spicoli/Cher Horowitz quote-a-thon, which I’m sure she’s heard a thousand times and didn’t need me wasting her time with.” 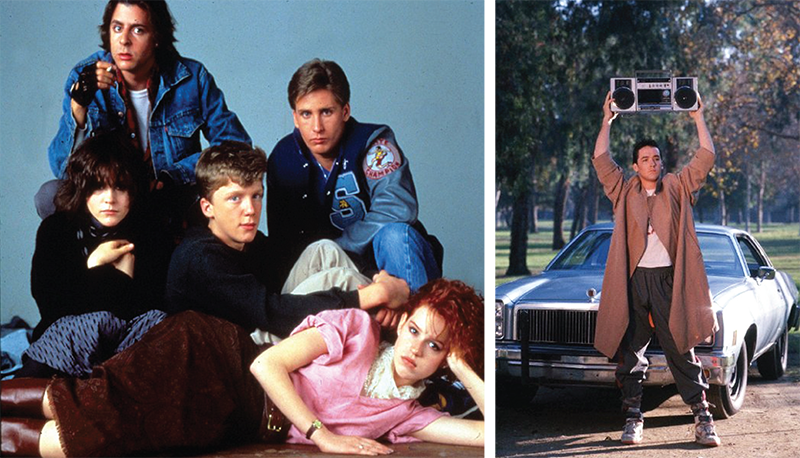 A brain, an athlete, a basket case, a princess and a criminal. // Unidentified Peter Gabriel fan.

Of course, watching movies you loved as a kid when you’re an adult can sometimes be a sobering experience, and not everything held up well. “I’d liked Adventures in Babysitting, and that might have been because I had a crush on Elizabeth Shue, or because we would sometimes drive to Chicago for a Blackhawks game, but God, is that an appallingly racist movie,” said Smokler. “ … And The Outsiders is still a good movie. It’s just beneath the skill level of a director like (Francis Ford) Coppola. S.E. Hinton, at 17, somehow wrote a book that’s more cogent and stronger thann Coppola could make it as a movie at 40. I just think the movie coasts on the collective talent of the people who made it.”

Some movies, though, hold up or even improve when viewed from adulthood. For Smokler, this category included Fame and the Matthew Broderick teen tech drama, WarGames. “WarGames is surprisingly sophisticated for what is a political thriller, more in the tradition of The Parallax View,” said Smokler. “It also has a great cast. There’s something special about that, too.”

But you can’t write about ‘80s teen movies without discussing director John Hughes (Ferris Bueller’s Day Off, Pretty in Pink, 16 Candles, The Breakfast Club). “He did not stretch himself much,” said Smokler. “He was a miniaturist of sorts. He was a vertical filmmaker, in that he drilled down on what he did very deeply. … A journalist friend of mine had gone to a gifted and talented school for black teens in Bethesda, and he loved The Breakfast Club, but he was also aware that this was a white person’s fantasy. The same with Star Wars. … The thing that’s so complex about Hughes’ legacy is that he painted with a small palette of colors but his stories registered as universal. It’s both an achievement and troubling at the same time.” 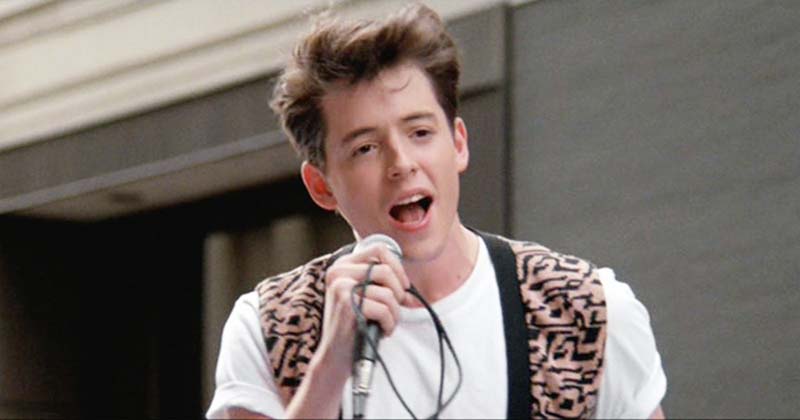 While working on the book, Smokler watched more than 50 films (about 40 get discussed in Brat Pack America), at the pace of usually 4-5 a week. Once Smokler defined what made something a “teen” movie, he also determined where the film era started (Breaking Away).

“Heathers is the movie that literally blows up the genre,” said Smokler. “It’s designed as a satire of the genre, and that how you know that a genre’s time has passed. … Heathers predicts grunge and Quinten Tarantino and feel more ‘90s than it does ‘80s.”

But Smokler believes that the cinematic family line from ‘80s teen movies continues in the form of movie adaptations of John Green’s work (The Fault in our Stars, Paper Towns), The Perks of Being a Wallflower, Superbad, Me & Earl & the Dying Girl and more.

Even so, Smokler’s book invites readers to take another, closer look at the originals, which will be all the easier due to the Michigan Theater’s series, which includes Pretty in Pink, Adventures in Babysitting, The Lost Boys, Say Anything, Back to the Future, Fast Times at Ridgemont High and WarGames.

“I didn’t have as big of an idea as they did,” said Smokler, referring to the Michigan Theater’s staff. “ … I’d dropped Russ (Collins, Michigan Theater executive director and CEO) a note saying, ‘I’ve got a book coming out, and I’m from Ann Arbor.’ And he said, ‘We don’t have an idea yet for a fall film series.’ … At age 7, I sat in that theater’s balcony and watched things like, The Wizard of Oz. It’s the fulfillment of a dream to appear at the Michigan now as a working artist.”