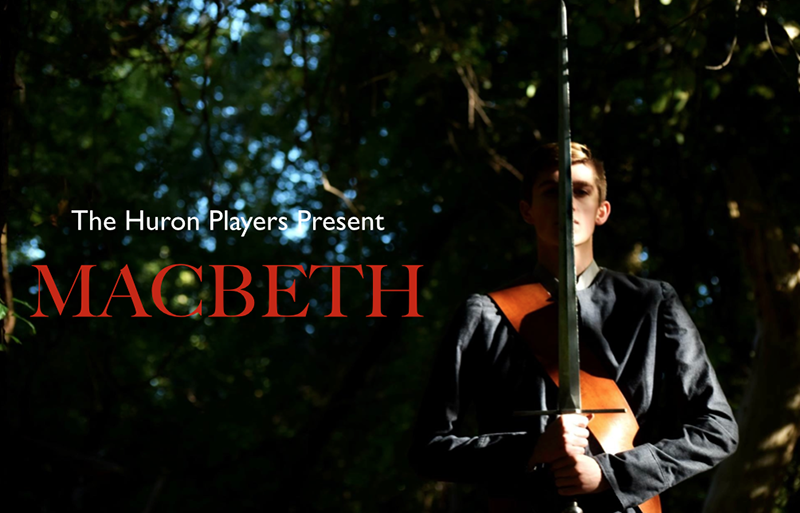 Mitchell Salley is something wicked.

Something wicked this way comes to Huron High School beginning Friday, October 28, when the Huron Players present Shakespeare’s Macbeth. Celebrate the spooky season, enjoy some epic battles - and get extra credit in an English class - with the Shakespeare play where fair is foul, and foul is fair.

This classic tragedy of greed gone bad begins when Macbeth, a Scottish general, receives a prophecy from a trio of witches that he will one day become King of Scotland. Spurred on by his vicious wife and and consumed by his own ambition, Macbeth’s fate is cast when he murders King Duncan. And from there things get much worse.

To learn more about the cast and crew visit the Huron Players website.

Macbeth performances are October 28th, 29th and November 4th, 5th at 7:30 pm in Huron's New Theater, 2727 Fuller Rd. Tickets: $6 students/seniors and $8 general admission. Some themes may be unsuitable for children.