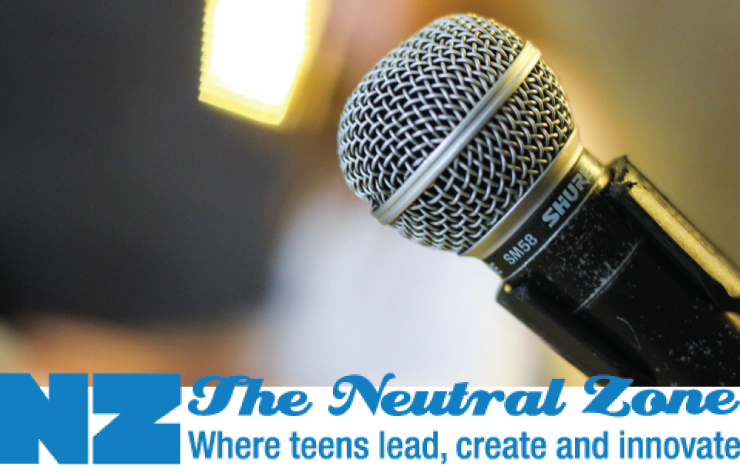 Featured guest poets will step up to the mic at Rackham Auditorium on Nov. 17.

The Neutral Zone in conjunction with the Helen Zell Writers Program at The University of Michigan will present Poetry Night in Ann Arbor 2016 at the Rackham Auditorium at 7 p.m. on Thursday, November 17, 2016.

Fatimah Asghar is a student in the Hell Zell Writer’s Program, nationally touring poet, performer, photographer, writer and thinker. Her literary work hovers between prose and poetry, examining fact through a lyrical lens. Her work has appeared in POETRY Magazine, Gulf Coast, The Paris-American, The Margins, The Offing, Word Riot, and many others. Her chapbook After was released a year ago on Yes Yes Books.

Chace “Mic Write” Morris is a poet, emcee, educator from Detroit. He is a 2013 Kresge Literary Fellow, 2-time Rustbelt Poetry Slam champion, writer-in-residence with the InsideOut Literary Arts Program & 1/4 of the Hip-Hop collective Cold Men Young. Mic has been featured on Mother Jones & The Grio, and his poetry published or forthcoming in Freezeray Press, Radius, and Muzzle Poetry Journal.

José Guadalupé Olivarez is a Chicano poet and educator. Born on the south side of Chicago, he is a graduate of Harvard University and a teaching artist for Young Chicago Authors. Jose has taught writing workshops and performed at schools, universities, and poetry slams across the country. His work has appeared or is forthcoming in Specter Magazine, The Acentos Review, The Harvard Voice, and Chicago Public Radio.

Sara Wedell is a Production Librarian at the Ann Arbor District Library.

The Neutral Zone and the Helen Zell Writers Program at U-M present Poetry Night in Ann Arbor 2016 at Rackham Auditorium, 915 E. Washington St, Ann Arbor on Thursday, November 17, 2016 at 7 pm. Tickets are $5 for students/$10 general public in advance; and $7 students/$12 general public at the door. To reserve tickets, contact Jeff Kass at eyelev21@aol.com.