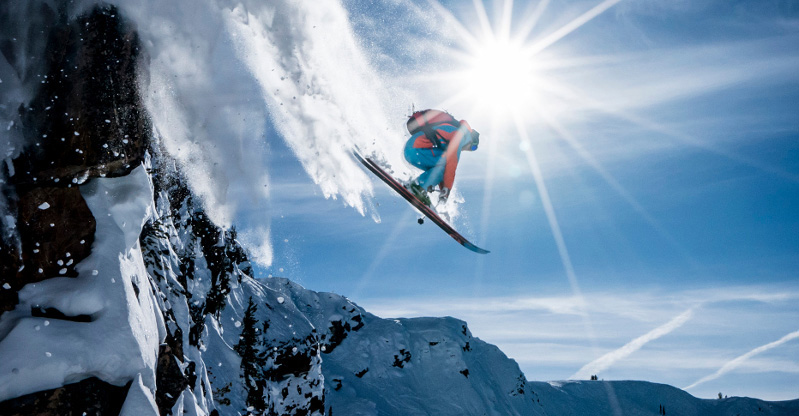 Do you have a God complex? Then documentary filmmaking might not be for you.

“In feature films the director is God; in documentary films, God is the director,” said the deity Alfred Hitchcock.

But the seven documentaries being shown in Ann Arbor this December had directors who put aside any supernatural ambitions they may have to tell real stories.

The Eagle Huntress
Friday, December 2 to Thursday, December 8, various times - $
Michigan Theater
For more than 1,000 years, nomads in the Altai Mountains have used golden eagles to hunt. But during all that time, it’s strictly been a dude thing: a father passes down the tradition to his sons, never his daughters. The Eagle Huntress follows a 13-year-old Mongolian girl named Aisholpan as she attempts to break the patriarchal tradition and become the first female eagle hunter in her family’s 12-generation history. The film’s rated G and it's only 87 minutes, so bring the kiddos. Your jaws can drop as a family when you see the stunning cinematography.

All Eyes and Ears
Monday, December 5, 6 pm - Free
Museum of Art - Stern Auditorium
The relationship between China and the United States is one in need of perpetual marriage counseling. In All Eyes and Ears, director Vanessa Hope explores the nations’ complex ties through the lens of two personal stories: U.S. Ambassador to China Jon Huntsman and his adopted Chinese daughter, Gracie Mei, and the plight of blind legal advocate and activist Chen Guangcheng. While Huntsman was the ambassador, Guangcheng went from house arrest to asylum in the U.S. embassy, and the film tracks the tensions between the countries during this time. Director Hope will introduce the film and hold a Q&A after.

Citizen Architect
Tuesday, December 6, 6:30 pm - Free
U-M Taubman College of Architecture & Urban Planning
When you say the word “architect,” it conjures the image of a person who designs a giant office building or a fancy-ass mansion. Sam Wainwright Douglas' 2010 documentary follows the work of southern architect Samuel Mockbee, cofounder of the Auburn University Rural Studio program, whose students work with the extremely poor people who live right nearby. The movie shows how the citizens and architects worked together to rebuild their community one finely designed structure at a time.

One: The Movie
Thursday, December 8, 6:30 pm - Free
Ann Arbor Downtown Library - Multi-Purpose Room
For this 2006 doc, co-directors Scott Carter, Ward M. Powers and Diane Powers went around the world and asked spiritual gurus such as Deepak Chopra, Father Thomas Keating, Ram Dass, Thich Nhat Hanh, and others the same 20 questions about the meaning of life, including:

What happens when I die?
Can you describe God?
Is a hot dog really a sandwich?

OK, perhaps that last question is only of real concern to me, but the people in this documentary undertake the responsibility to interpret the meaning of life with earnestness and graciousness. Co-director Carter, a local yoga instructor, will hold a Q&A after the screening.

Warren Miller’s Here, There & Everywhere
Friday, December 9, 7:30 pm - $
Michigan Theater
Since 1950, Warren Miller has been kicking out inventive films that show the beauty, adventure, and danger of snow sports. His latest trick captures glorious scenes everywhere from Squaw Valley, Calif., and Greenland to Switzerland and ... Boston’s Fenway Park? Did somebody get rad on the Big Green Monster? Check out Warren Miller’s 67th slopes film, Here, There & Everywhere, to find out.

Design Disruptors
Monday, December 19, 7:00 pm
Ann Arbor Downtown Library - Multi-Purpose Room
The art of design isn’t just about putting a drop shadow behind a letter or creating a beautiful object. It’s about creating an experience that can connect with humans on an emotional and physical level. And in today’s hurried society, if something doesn’t grab a user right away, it’s likely abandoned. That’s why companies are paying so much attention to the design aspects of their products now, not just the underlying engineering. Design Disruptors, a new documentary from InVision and directed by Catalyst, highlights the most innovative design approaches by 15 of the world’s biggest companies, including Uber, Netflix, and Twitter.