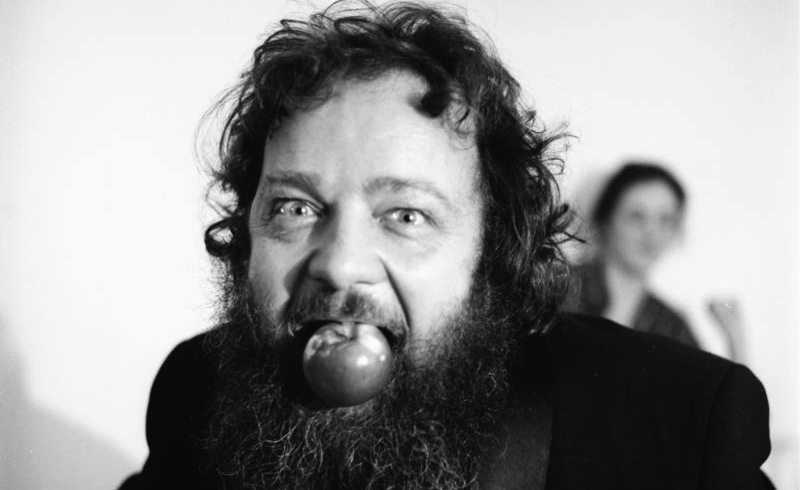 Donald Hall's poetry is the apple of our eye.

If you’re a vegetarian, Donald Hall’s poem “Eating the Pig” might make your stomach churn.

But if you’re a meat eater and are disgusted by Hall’s imagery -- or the pictures in the Eating the Pig: A Dinner Party in Poetry, Photography & Painting exhibit, on display at the Ann Arbor District Library, that document the evening described in the poem -- you need to get in touch with where your animal-based protein comes from and the often brutal ways it gets to your plate.

(Read the "Eating the Pig" poem here or listen to Hall read it here.)

In 1975, Hall left his teaching job at University of Michigan and bought his maternal great-grandfather's farm in New Hampshire, where he spent many summers as a child. With so much of his life spent in a rural area, the 2006 Poet Laureate is deeply in tune with nature and the creatures that populate it. His poems show a clear-eyed vision of how real life is always an ongoing mix of beauty and struggle, inextricably linked and forever a source of consternation and inspiration. Hall recognizes that a gorgeous horse can become a broken down beast of burden; that a majestic but aging rooster’s final morning crow is lost to the wind before his head is chopped off; and that a cute little suckling pig can also be a source of human sustenance.

Hall has written many poems that feature animals -- and no, they aren’t all about eating them. Below is a selection of those poems, which display Hall’s reverence for animals and the many things they provide for humanity. These poems also give additional context to “Eating the Pig,” which ties a single October 1974 Ann Arbor evening spent carving and devouring an animal to a historic ritual of life and death that stretches back to the Stone Age when flint cutting tools first appeared. 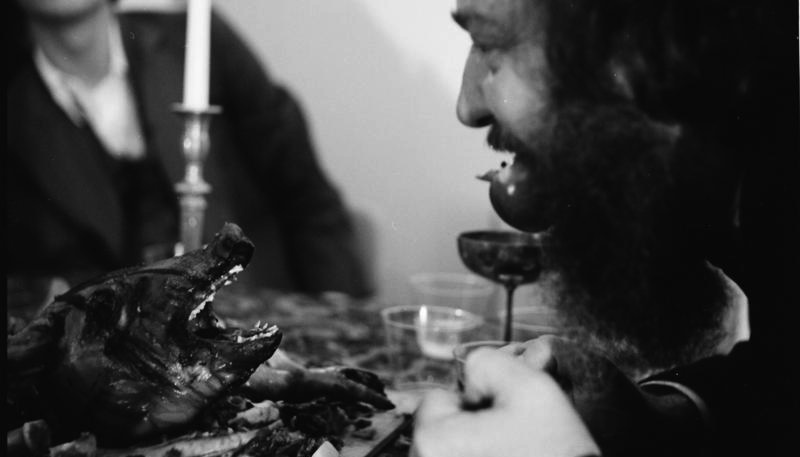 Piggy in the mirror.

“Eating the Pig” isn’t barbarous; ultimately, it’s about paying homage, with all the gory details, to the animals who have worked the land or been sacrificed in support of human survival (including vegetarians).

"Great Day in the Cows House"

"Eating the Pig: A Dinner Party in Poetry, Photography and Painting" runs through January 12, 2017, on the 3rd floor of the Downtown Branch of the Ann Arbor District Library. For more information on the exhibit, including a new essay Hall wrote about the evening and to see all the photos, visit AADL's "Eating the Pig" website. View the Donald Hall books in our collection here.