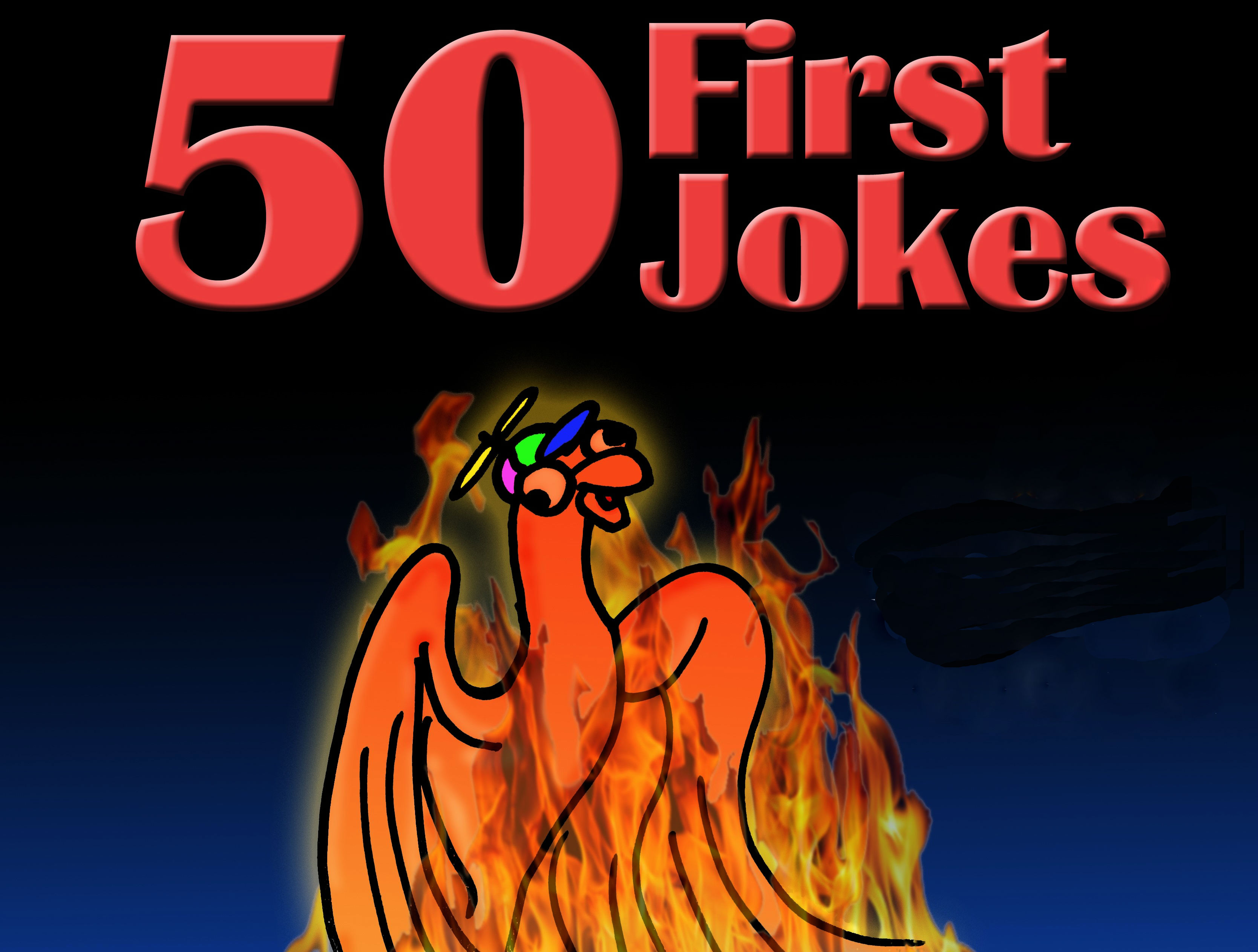 Start the new year laughing to keep from uncontrollably crying.

But that’s part of the fun, of course.

The show was the brainchild of comedian John F. O’Donnell, whom Smith met as part of the Ann Arbor comedy scene in the early 2000s. When O’Donnell moved back to New York more than a decade ago, he had the idea to gather comedians in Brooklyn to deliver their first new joke of the year.

“The first show was not exactly super-organized,” said Smith.

Now, though, 50 First Jokes has taken root in 10 different cities across the country, and three years ago, at O’Donnell’s urging, Smith brought the annual tradition to Ann Arbor. The show combines comedians of all ages, backgrounds, and experience levels -- from headliners to those now earning their stripes -- and seats 25 at a time on stage, where they have a maximum of two minutes to lay their first joke of 2017 on the crowd.

Herding dozens of comedians, whose schedules can change on a dime, has involved a steep learning curve for Smith.

“The first year, I was at a party in September where there were a whole bunch of comedians, and I went around explaining it, saying, ‘I’m doing this show in January,’” said Smith. “And then last year, I was overwhelmed by too many people wanting to do it. But because of the number of things that happen when you’re working with 50 different individuals, I’d think, ‘I’ve got too many,’ then ‘I don’t have enough,’ then ‘I’ve got too many,’ then ‘I don’t have enough.’ Some who had committed backed out, others would text me that they wanted in -- it was crazy. This year, I’ve been much more in control of that flow. Before we even announced, I had 47 people, and between bumping into people and going through the list over the last two months, I got to 50, and I put in five or six alternates.”

It helped, of course, that Smith sought out help from co-producers after her first experience with the show.

“Right before the first show, I was talking to John on the phone, and he said, ‘Who’s your co-producer?’ And I said, ‘What would they be doing?’” said Smith. “I had no idea. Then I realized when I got there that, oh, you really need more than one person doing this.”

Ann Arbor’s 50 First Jokes of 2017 will mark the first time that the public will be invited in to see The Ark’s recently remodeled bar/merchandise area, and Smith promises that the show will be unlike any you’ve previously seen.

“Everybody’s so different,” Smith says of the show’s lineup. “A joke may kill, it may suck, it may be dirty, it may not be dirty -- but you only have a second to think about it before there’s someone else up there.”

But in addition to entertaining patrons in need of a laugh, 50 First Jokes is an inviting atmosphere for comics at all levels of experience.

“There’s a friend of mine, Mark Sweetman, who’s been doing comedy for 20 years, and he refers to it as ‘the annual meeting,’” said Smith. “It’s so true because there’s no other time during the year when that many comedians get together in one place. And a bunch that didn’t get on the roster will be in the audience. … So community happens. … Plus, what’s fun about it is, in the comedy scene, we know a lot of other comics’ sets. We know what a comic is going to say. Like, ‘Here comes the basketball joke, the Kanye joke,’ that’s their set. But because this is the first new joke of the year, we’re all surprised. It’s really funny, and it can be really scary, too, because nobody can just rely on their tried and true stuff. … It’s one chance, one joke, and that’s it.”