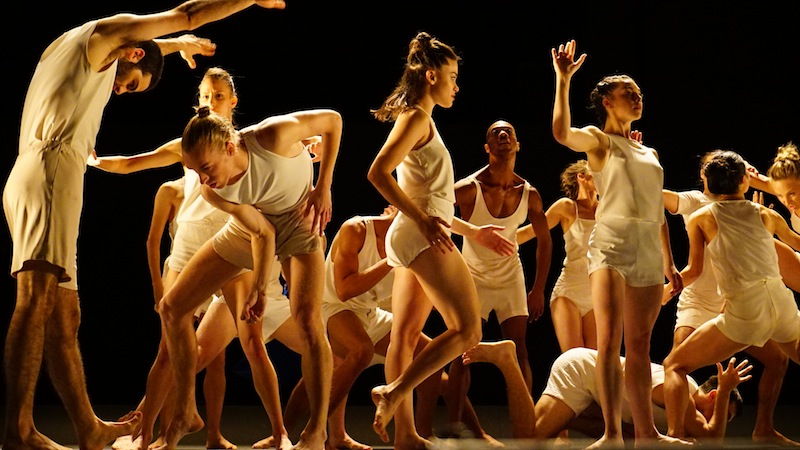 It's the Last dance but the first chance for North American audiences to see it.

People are going gaga for Batsheva Dance Company -- in part because of its complex and compelling system of movement called "Gaga."

Based in Tel Aviv, Batsheva is considered among the foremost contemporary dance companies on the planet, its reputation resting on both artistic director Ohad Naharin, whose innovative dances have earned him international recognition, and the dancers -- strikingly beautiful, preternaturally facile people capable of movement that can be breathtaking, quicksilver, poignant, contorted, edgy, quizzical, bombastic, and much more. They have a totally engaging hyper-presence.

The University Musical Society-sponsored Batsheva performances at the Power Center on January 7 and 8 are the North American premieres of Naharin’s 2015 provocatively titled Last Work and kicks off a six-week tour that will take the company to major cities in U.S. and Canada. The tour is also the first chance U.S. audiences will have to see Batsheva live since 2014.

Talking with Luc Jacobs, a former Batsheva dancer who now serves as Naharin’s rehearsal director, afforded me the chance to get an insider’s perspective on Batsheva, Naharin, and Last Work. Fittingly, our conversation began and ended with "Gaga," Naharin’s invented movement language that allows him to communicate more directly with the dancers.

With Gaga, “dancers get dropped into Ohad’s way of thinking and moving very quickly,” Jacobs said. It has become the company’s daily practice; whereas other professional dancers may take a class in ballet or a contemporary dance technique before rehearsals, Batsheva dancers practice Gaga.

Different from an imitative dance class in which dancers try to reproduce and perfect certain ways of moving, Gaga uses verbal cues from the teacher, words that prompt unique physical responses from the dancers. These prompts, according to Anna Della Subin of The New York Times, evoke images as diverse as “the engine between the navel and the groin” and “spaghetti in boiling water.” The mirrors are covered; it’s not about visual results. While Gaga classes are available in many cities for dancers as well as various non-dancer populations (including Parkinson’s patients), for Jacobs and the Batsheva company, this shared daily practice “acts like a virus that’s already in our systems," he said. "It’s like the way we come to breathe.”

In that way, Gaga permeates every aspect of Batsheva’s work. It constitutes the dancers’ training, but it also enables the creative process that results in a new dance like Last Work. Because of their communal immersion in the Gaga language, the dancers can respond readily to the ideas Naharin presents in rehearsal. For example, Naharin might ask to see 10 seconds of very fast movement, slicing through the space rather than allowing any curves or arcs. “He often speaks about the creation process as a playground," Jacobs said. "We don’t work; we play at dance.” It is a game, but one with clear rules or parameters, and one that relies on the dancers’ shared Gaga language and willingness to play for its outcome: a new work. 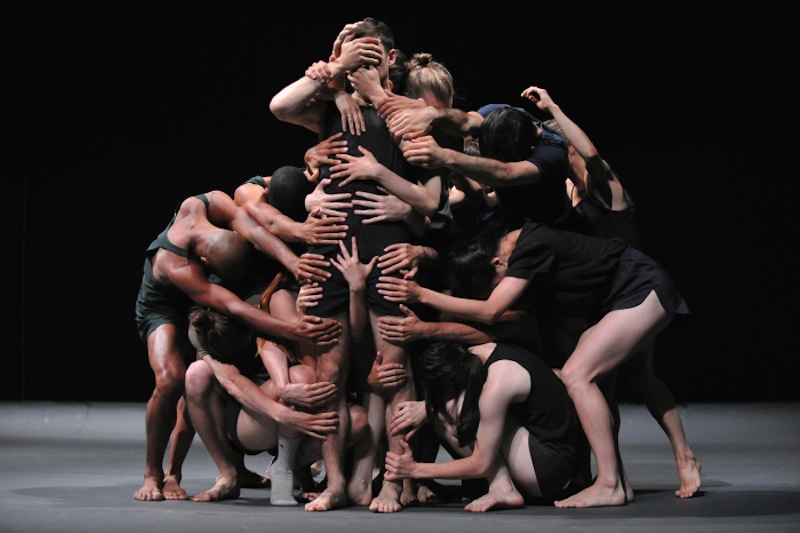 Finally, Gaga infects Batsheva’s performances. As Jacobs explained it, Gaga makes it hard for a viewer to tell what’s improvised and what’s not: “It’s the training of spontaneity. ... In a way, the choreographed stuff is improvised and the improvised stuff is so set with its guidelines and intentions that you could take it to be choreography.”

Gaga, then, is the source of that insistent immediacy that pervades Batsheva dancing.

Naharin has said, “Our work is to go beyond the familiar boundaries on a daily basis,” and Jacobs called him “a master at creating new worlds every time.” So, what’s new about Last Work?

Jacobs readily identifies two elements he has not seen in Naharin’s other dances. First, he said, “There’s an atmosphere of twilight, when the day turns into the night, when things are ambiguous.” Then, the dance approaches time in unexpected ways. Jacobs is used to surprises, to a rapidly changing temperature in Naharin’s work, but in Last Work he sees a slower arc, a “stretching of time.” There is even a 20-minute-long section for which the dancers were asked to create movement that has the quality of leisure, of having plenty of time. Meanwhile, a lone dancer runs ceaselessly on a treadmill throughout the piece, a constant that ties the piece together and can connote the passage of time.

Admittedly, these are elements of Last Work that might challenge a viewer. Twenty minutes can be a long time to watch people moving slowly, and what about that running dancer? Who is she running from, or where is she running to? The key to surmounting these challenges lies in Jacobs’s advice to “listen with the body.” That is, attune to the direct communication available via the Batsheva dancers’ bodies -- no need to look for anything beyond the sense of groove or absurdity or sensuality or power you will experience in that moment.

While there is room in Naharin’s dance for myriad interpretations -- it is rife with conceptual possibility -- that intellectualization is only the edge of an experience whose bulk is direct and visceral. “The dance we do in Batsheva is similar to listening to music or eating food," Jacobs said. "When you eat something really nice or you have a nice glass of wine, you don’t ask yourself, ‘What’s this glass of wine about?’”