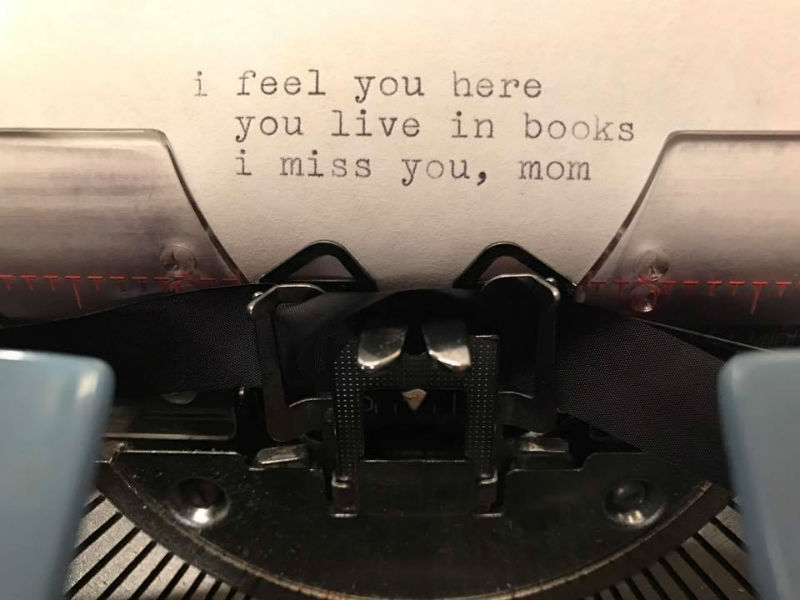 The Literati Bookstore typewriter is home to patrons’ left-behind thoughts, many of which are touching, profound, or funny.

On Thursday, April 13 at 7 pm, Ypsilanti-based composer Garrett Schumann’s new work based on these typewriter musings will be premiered Literati as part of an evening of contemporary music presented by ÆPEX Contemporary Performance.

We talked to Schumann about how he came up with the idea for the piece, his favorite books related to music and composing, and what else you can look forward to from ÆPEX Contemporary Performance in the coming months. 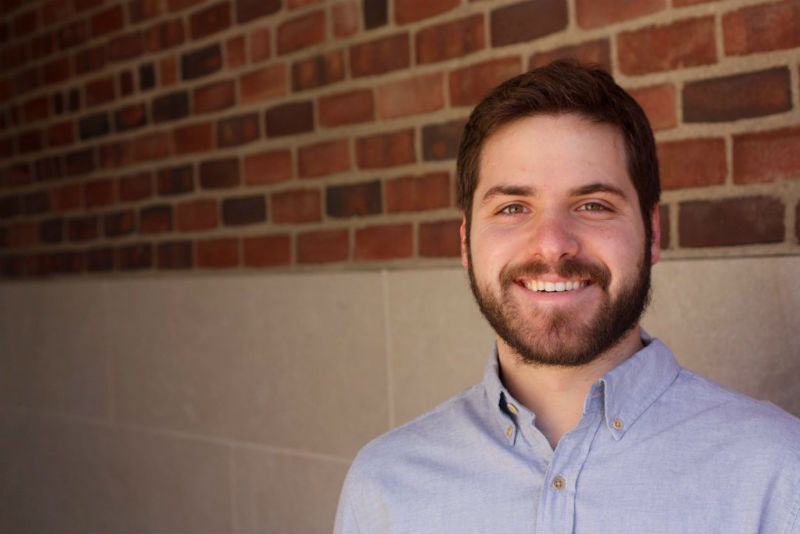 Q: As you mention, the Literati typewriter is sure beloved in the Ann Arbor community and beyond. How did you get the idea to compose something based on the musings left by patrons on this typewriter?
A: My inspiration came from a moving quote from the typewriter that was posted to Literati's twitter account a couple years ago. I can't remember what it was, but I remember immediately thinking it would be cool to set it to music. I wrote Literati's general email address, through which I was connected with (Literati co-owner) Mike Gustafson and we began to set to work making the project happen.

Q: What else can folks expect to hear at this performance?
A: The program features two wonderful performers: Iowa-based mezzo-soprano Megan Ihnen and Chicago-based violist Michael Hall. All of the music is either for the two of them or Megan alone, meaning the concert will be uniquely intimate, which should be a perfect complement to the space. My set of songs using the texts from Literati's typewriter, Folio 2, is the program's centerpiece, but Megan and Michael are also performing works by Michigan-based composer Tony Manfredonia, along with composers Mara Gibson and Jessica Meyer.

Excerpt from Garrett Schumann's Folio 1, "V. I wake up on an airplane" featuring Lauren Clark:

Q: Every piece was written in the last two years, and every piece uses English as a text, which means concertgoers will be able to get into the stories told in each work.
A: I've included an excerpt from my song cycle Folio 1, which Megan and Michael premiered in July, and which they will also perform at Literati. This movement -- "I Wake Up on An Airplane" -- sets the poetry of Lauren Clark, a graduate of the University of Michigan's graduate program in creative writing and a recipient of the prestigious Hopwood Award. 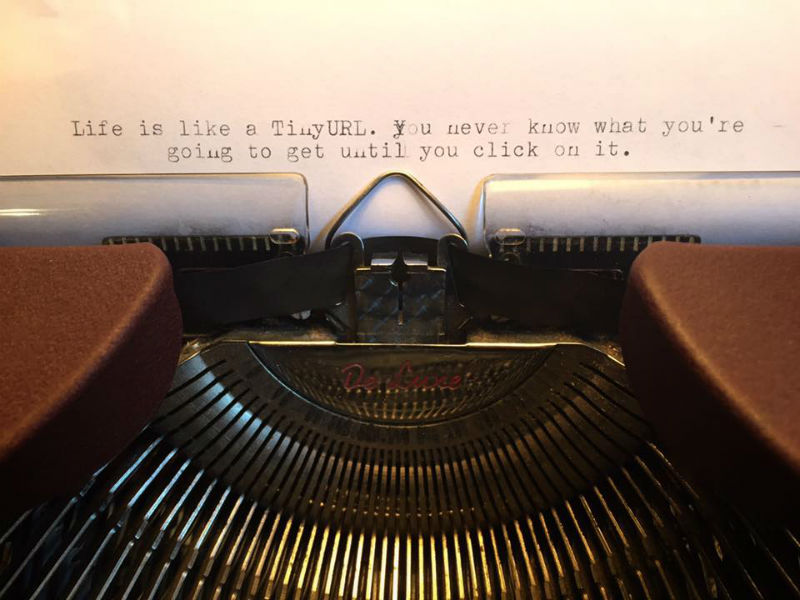 Q: Since we'll be at a bookstore, do you have any favorite books about music, composers, contemporary performance, or anything else related that you'd recommend?
A: Peter Shaffer's wonderful play Amadeus comes to mind at first, but there are two novels I actually bought at Literati that include music as a plot point. First is David Mitchell's The Thousand Autumns of Jacob De Zoet, in which a secondary character plays the harpsichord and discusses 18th-century music at length. Second is Richard Powers' Orfeo, in which an obscure contemporary American composer is pursued by the government after he experiments with encoding music into the DNA of bacteria.

Q: This performance is presented by ÆPEX Contemporary Performance. What is ÆPEX? How did this project come together?
A: ÆPEX Contemporary Performance is a concert presenting organization based in Ypsilanti, which local conductor Kevin Fitzgerald founded in the spring of 2015. I joined Kevin and ÆPEX later that summer, and our first concert was in December 2015. Since then, we have presented ten concerts in the Ann Arbor area, Detroit, and Kalamazoo. ÆPEX's programming specializes in twentieth- and twenty-first-century music, particularly the rarely performed works and pieces by underrepresented composers from around the world. 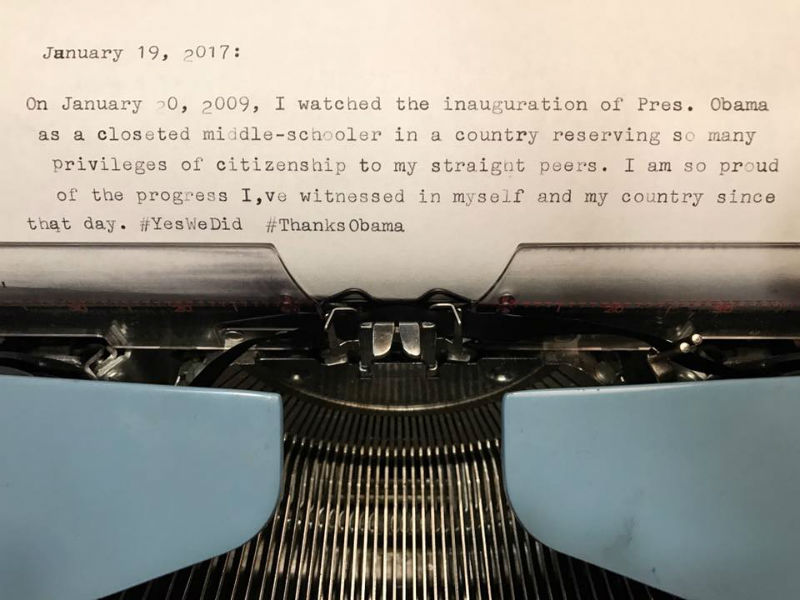 Q: What other projects should we watch for from ÆPEX in the coming months?
A: Our season is winding down, but we are planning a final concert in May, which will feature more vocal music performed by soprano Amy Petrongelli and pianist Blair Salter, in addition to some instrumental chamber music. You can check our website, Twitter (@aepexcp), or Facebook page for more details.

We are also finalizing the details of our spring fundraiser, which will launch in a few weeks. ÆPEX is a registered 501c3 nonprofit organization, so any contributions made to us are tax-deductible, and anyone can contribute to our mission at any time by visiting the "support" page on our website.

Q: Anything else you want to mention?
A: I just want to thank Mike and Hilary Gustafson for their support over the last couple years as we have brought this concert, and my new set of songs, to fruition. We are all very excited for this event, and it has been an honor and pleasure to work with the two of them!

Anna Prushinskaya is a writer in Ann Arbor, Michigan.

"Folio 2" and other works by Garrett Schumann will be presented Thursday, April 13 at 7 pm at Literati Bookstore.