A Mess of Best: Stef Chura at The B-Side 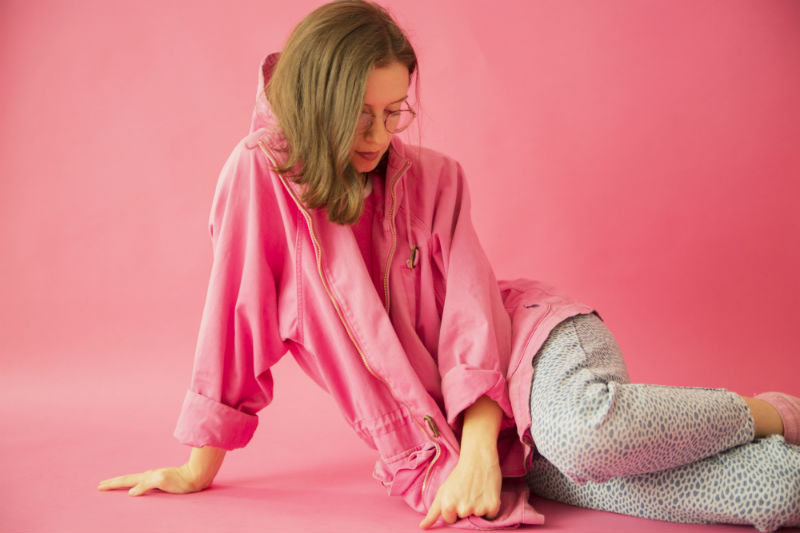 Stef Chura's debut studio album, Messes, is a guided trip through her metamorphosis as an artist, from bedroom folkie to budding indie-rock star. Some tracks reflect the image of Chura recording her earlier lo-fi cassettes, while others cast you into a dimly-lit house show in Ypsi. But “Slow Motion” and “Faded Heart” are tighter and more powerful than her earlier works and have the potential to shoot Chura into bigger venues, such as her recently announced spot on Detroit’s Mo Pop Music Festival lineup at the end of July.

Messes, which came out January 27 on Urinal Cake Records, is a culmination of Chura’s best songs over many years of performing and writing, which is why it sounds so diverse. The LP’s album art -- a collage of liquid makeup, sprinkles, spiderwebs, and a waffle -- is testimony to the album’s capacity to switch from “fingerpicky” (an adjective Chura chose to tag her album on her Bandcamp page, such as the Joni Mitchell-goes-electric "Human Being," to uptempo alternative jams, such as "Spotted Gold."

Her emotive, slurring vocals and introspective lyrics reflect classic poetic influences infused with '90s punk movements such as Riot Grrl. Lines like “You'll be looking at a depression in the sand / At the silhouette of an unfolded hand” from “Slow Motion” sound as if they came from the pen of Walt Whitman, while “Spotted Gold” has a lyric -- “You've been reckless for so long / You've been reckless on a marathon / But if you wanted to walk away / You can do that” -- that evokes Bikini Kill.

Chura will be performing with her drummer at The B-Side in Ann Arbor on Saturday, April 1 and will be joined by Ypsilanti’s Wraith and The Present Company.

We talked to Chura about her LP, the influence of the Ann Arbor-Ypsi music scene on the now Detroit-based artist, getting kicked out of boarding school, and more. You can also stream Messes in its entirety.

Q: So we have this image painted of Stef from your Bandcamp page and your online presence, but can you give us the whole growing up spiel?
A: I grew up in [Alpena,] Michigan and I learned to play guitar when I was like 13 or 14. I went to a boarding school in Indiana for six months and then I got kicked out. Then I came back and started writing songs. There weren’t really any bands around me so I ended up moving to Ypsilanti right when I turned 19. I started played house shows when I moved downstate and then a few years later I moved to Detroit, like 5 years ago.

Q: Kicked out of boarding school? What’s the story there?
A: I went to a boarding school for one semester, my first semester of 9th grade, in Northern Indiana at Culver Academies. I basically went from being intensely bullied in junior high in my hometown to being EXTREMELY popular at this new place where you have to wear uniforms. I didn't do ANY homework and I broke a lot of light rules. This gave me some kind of bad reputation and I was constantly in DC: disciplinary confinement. Which doesn't mean you have to be alone; it's more of like an after school detention and also the more extreme version where you have to be there on weekends as well. Anyway, they pulled me out of school without giving me any notice. My dad just came and got me one night; they pulled me out of one of those night DC weekends. It was SUPER dramatic and I guess they did it because they thought I would "incite a riot," which seems silly to me in hindsight because I was a 14-year-old girl. But reflecting, I'm also like, yeah ... maybe I would have done that.

Q: Can you talk about that 13- to 14-year-old range of just learning to play guitar? What was that like before heading to boarding school?
A: I was in junior high and I was really into covers. I had a huge binder of covers and it was really basic. In junior high, I was completely obsessed with Nirvana, like, in a way where I don’t know if it’s cool or uncool, but it was basically a binder full of Nirvana tabs.

Q: On your LP Messes, you get so many hints of other artists like Sleater-Kinney and Conor Oberst and Patti Smith but you can tell it’s still Stef. Who were some of your influences while working on the album?
A: For me, since some of the songs are older, it feels more of a “best of,” like all of the songwriting I’ve ever done rather than a concentrated concept album or something that I was really referencing. I don’t really feel like that was referencing anything in particular. I wasn’t trying to be derivative in any way and, in some ways, I kinda think that’s cool because I think that the album has its own sound, but I also think that bringing things in is actually a positive thing. Some of my formative youth influences are Buffy Sainte-Marie and the Yeah Yeah Yeahs. I really liked Riot Grrrl in high school. … I do like a lot of folk stuff like Joni Mitchell and Nico’s Chelsea Girl album. … I feel like it’s a fusion of all that stuff.

Q: You've described Messes as something like a "best of" since it includes songs from a wide range of time. You've moved around and grown as an artist since some songs were written. What prompted you to finally head into the studio?
A: I kind of had to have stuff align for me in a certain way where I was finally ready to make an album. I think -- not just women -- but in a way, many women are socialized to do what is polite and not get what they want. I kept rejecting the idea that I could pursue music due to personal factors that almost didn't exist anywhere but inside my head. It’s just rhetoric that is swimming in the air. Thoughts like, “I needed to find a main occupation to support being an artist,” that was a huge one. Also the subtle pressures [to find a career] everyone feels from their parents -- whether they verbally communicate it or not.) NEWS FLASH: Being an artist can be sustainable but it's scary. It's kind of like starting your own business.

I ended up dropping out of school simultaneously as an old friend was dying and it kind of caused me to lose my mind. I decided to drop the whole trajectory [of what] I was going in and do what I need to do to feel alright about my life in the event if I were to die suddenly. Aka YOLO, aka make at least one album of all these god damn songs I had been carrying around. All of my other releases had been demo tapes on Bandcamp that weren't very good, IMO. 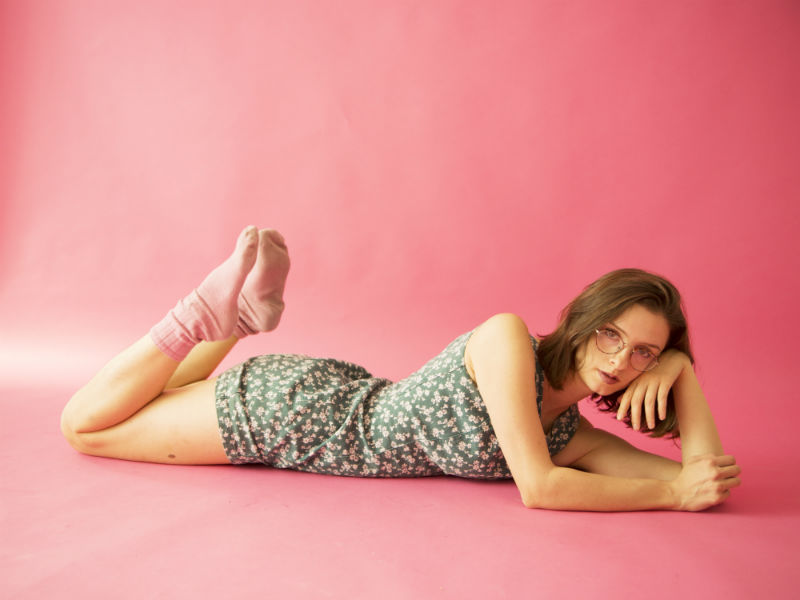 Q: What was it like recording the LP in Ann Arbor? Did the city impact the sound in any way when you wrote the songs or was it just a “go in, record, get out” kinda deal?
A: There’s a big house show scene in Ypsi and Ann Arbor from the co-ops. That definitely had an impact in my formative years when I was 19. That doesn’t exist in Detroit now. Detroit is very much a dive-bar scene and venues. House shows are kind of for a younger crowd and maybe I’m just not in touch with the kids that are doing that, but there’s not much of a DIY scene [in Detroit].

Matt Harmon is a communications and international studies major at U of M and is an assistant news editor at The Michigan Daily.