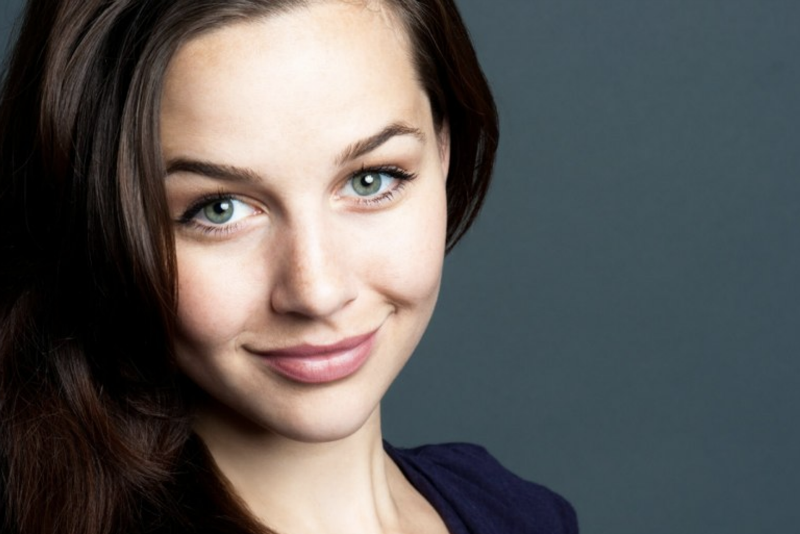 Come to the cabaret, old chums, to hear Jessica Grové belt out some tunes. Photo by Justin Patterson.

At this point in her career, actress/singer Jessica Grové -- whose Broadway credits include A Little Night Music (with Bernadette Peters and Elaine Stritch), Sunday in the Park with George, Thoroughly Modern Millie, and Les Miserables -- is ready to venture into new, more personal territory: a cabaret show titled I Have Found: A Journey Through Song with Jessica Grove, which she’ll premiere this weekend at Dexter’s Encore Theater. (Friday’s performance is concert-only, while Saturday’s is Encore’s gala fundraiser.)

“I’ve done concerts before -- like, an hour-long concert of songs -- but cabaret is a whole different art form,” said Grové. “You have to tie them together in a meaningful way, and have a climax, and have a realization and a summation. Those are writer things, and I’ve never considered myself a writer, but I’ve really enjoyed the process.”

Grové started thinking about creating a cabaret show while pregnant with her second child (daughter Lolly, who just celebrated her first birthday). This is hardly a coincidence since motherhood has profoundly changed her life and perspective in recent years.

“The show is basically about the journey of my life so far, and the things I’ve discovered along the way,” said Grové. “Having kids changes a lot. Your priorities shift. You start thinking, ‘I can’t leave town for a few weeks,’ or else, ‘I just don’t want to,’ whereas before, I maybe would have taken almost anything. So it’s about my journey to becoming an artist, and not just an actress.”

Yet becoming a parent wasn’t the only significant, recent shift in Grové’s life. Her family also made the move from New York to Chicago last year, when Grové’s husband (and fellow Broadway performer) Dan Cooney -- co-founder and artistic director of the Encore Theater -- accepted a job head of musical theater at Roosevelt University’s Chicago College of Performing Arts.

“It’s been the perfect thing for our family,” said Grove. “We have so much more space, and I love Chicago. I feel like we can breathe here. New York was great, but we were living in 700 square feet, and our family was growing.”

Grové’s first child, Gavin, was just months old when Chris Rayis -- musical director for a Sound of Music production Grové starred in -- wrote a song for the new mom to sing to her son, called “Lullaboy.”

And while Grové is keeping much of I Have Found’s set list under wraps, you can count on “Lullaboy” being part of the show.

“It’s so beautiful, and it speaks to all the hopes and dreams you have for your child,” said Grove. “The tagline is, 'You can always come back home.' No matter what happens, I’ll be here. … I took a cabaret class a year ago last fall when I was pregnant, and the teacher, to get us started, said, ‘Think of the one song that you can’t imagine not being in your cabaret, and do that one.’ So that’s the song I did.”

Of course, toying with ideas for a cabaret and putting one together on deadline are two different things, so when Dan Cooney mentioned a few months ago that he needed to come up with an idea for a fundraiser, Grové decided to take the plunge.

Most tickets for Saturday evening’s gala performance have been sold, but Encore recently added a concert-only show on Friday night.

“We thought it would be a good opportunity to offer cheaper tickets for those … who’d still like a way to support the Encore, and see the show, and it gives me the opportunity to have a preview before the big gala night,” said Grové.

And although the veteran performer -- who’s played Ariel in The Little Mermaid in a number of theaters across the country -- has passed on jobs because she didn’t want to leave her family for long stretches of time, she also, on occasion, heeds the counsel of her 5-year-old son.

For after she recently got a message from Sacramento Music Circus’ artistic director, gauging her interest in working this summer, she looked at the schedule and saw Beauty and the Beast listed as one of the shows.

“Gavin said, ‘Oh, Mommy, please be Beauty, please!’” said Grové. “I found out that that is what they wanted me for, so when I picked him up from school, I whispered, ‘Guess what? I’m going to be Beauty,’ which is what he calls Belle, and he ran back into his class. He yelled, ‘I have to tell you all something. My mommy’s going to be Beauty in ‘Beauty and the Beast!’”

Glimpses like this into a performer’s life may play a role in I Have Found, but the heart of the show will likely ring very familiar.

“I never thought I had anything important or interesting to say before,” said Grové. “But you know what? Everybody’s life story is relatable to people in some way.”

“I Have Found: A Journey Through Song with Jessica Grové” plays at Dexter’s Encore Theater on Friday, March 31 at 8 pm (concert only, tickets are $30) and Saturday at 8 pm (gala fundraiser, tickets cost $75). Call 734-268-6200 or visit theencoretheatre.org.