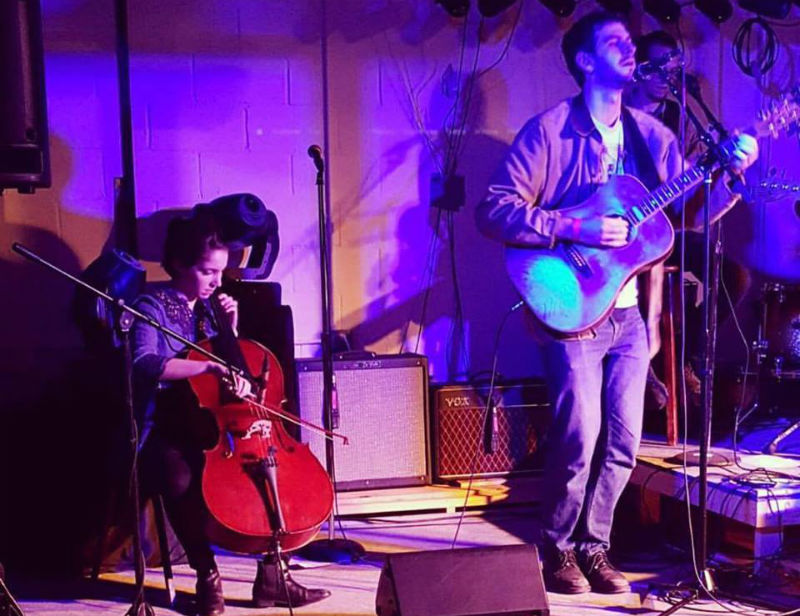 Peter Felsman -- aka -pf -- might not have a searchable band name, but there's much discover in his music.

The self-described attic folk band –pf (pronounced “dash” “p” “f”) only formed in 2015 – more than 20 years after the Internet became a regular part of our lives. But the group made a serious digital-age error with its name.

“We only recently learned that Googling anything beginning with the character ‘–‘ tells the search engine ‘don’t search for what comes next’ and reliably returns no results,” said Peter Felsman, whose initials give the band its search-engine-unfriendly name.

But the band’s laidback attitude about its name snafu is reflected in the easygoing music on its new album, Candidacy. Even though “attic folk” isn’t an actual genre, the group’s light, playful sound really does reflect that description -- which is literal as well as figurative.

“Everything that’s been recorded as –pf has been recorded in that attic on Ann Street,” Felsman said, a Limited License Master Social Worker by day who's working on his PhD at U-M. “And, now three albums and two singles in, the sound of that room has become a part of the –pf sound. We try to capture the spirit of that room in our performances, bringing a sense of intimacy that is almost an inherent part of sharing songs in an attic.”

The six-piece -pf will celebrate the release of Candidacy with an April 9 concert at Canterbury House. We chatted to the Felsman about making a record in one night and Herman Hesse.

Q: You describe –pf as having your observations about different aspects of “hope, loss, ambivalence, bike lanes” at the heart. “Think a gang of friends supporting their acoustic songsmith of a younger brother who plays guitar like a sensitive percussionist who can’t read enough Hermann Hesse.” I am thinking of this! Why Herman Hesse?
A: Great author. I read Siddhartha for the first time while I was living in Benares, India, studying tabla in 2012. This was days after I visited the Bodhi tree where Buddha (Siddhartha) was enlightened. I have since craved Hesse’s writing. His work that hits closest to home for me is Narcissus and Goldmund. It wrestles with the human pull of the head and the heart, the thinking self and the feeling self, the thoughtful and the sensual. As a social scientist/artist, I am pretty acutely aware of these are forces within myself, forces I try to humor as a writer, to varying degree, song to song.

Q:November 18, 2016, the day you recorded Candidacy, is very close to the very surprising presidential election. Did the energy of that time color the recording of this album?
A: Absolutely. See track 7, titled “Now (11/9/2016),” which was written on November 9, 2016. The influence of that day on this record is undeniable.

Q: Though the songs on this album are very short, recording a project over the course of one day still implies high-intensity, focused energy. The band didn’t come fully together until the day before you recorded the album, right? How do you think this affected the recording of the album? How does this translate to when you perform together live?
A: Not exactly. Six of us had played together at a few festivals over the past year. Joey Panlertkitsakul was the one we hadn't met until the day before. His newness to the group helped keep things focused and fresh. It was delightful to see how well he fit in, comfortably coloring the record with Fender Rhodes piano before revealing that the session was actually his first time playing with a band. 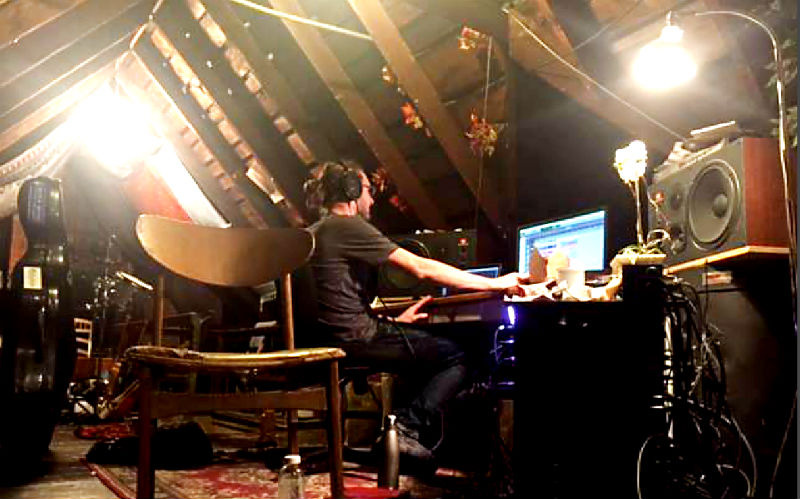 Peter Littlejohn behind the board while recording Candidacy an the attic on Ann St.

Part of the reason we brought him in was that Peter Littlejohn, who had been playing keys, wanted to be more available to focus on engineering the session. Peter Littlejohn also was able to play a good hype man/producer character when we needed it.

Getting six people to feel good about a full take on nine songs in one night seems challenging, but with this group, especially since most of us had played together a handful of times before the session, it really was not too stressful.

–pf celebrates the release of "Candidacy" at Canterbury House, 721 E Huron St., Ann Arbor, on April 9 from 12-3 pm. Max Lockwood, Estar Cohen, and Maggie Hasspacher are also playing sets. Since you can't Google it, type dashpf.com into your browser or visit the band on Facebook for more info.