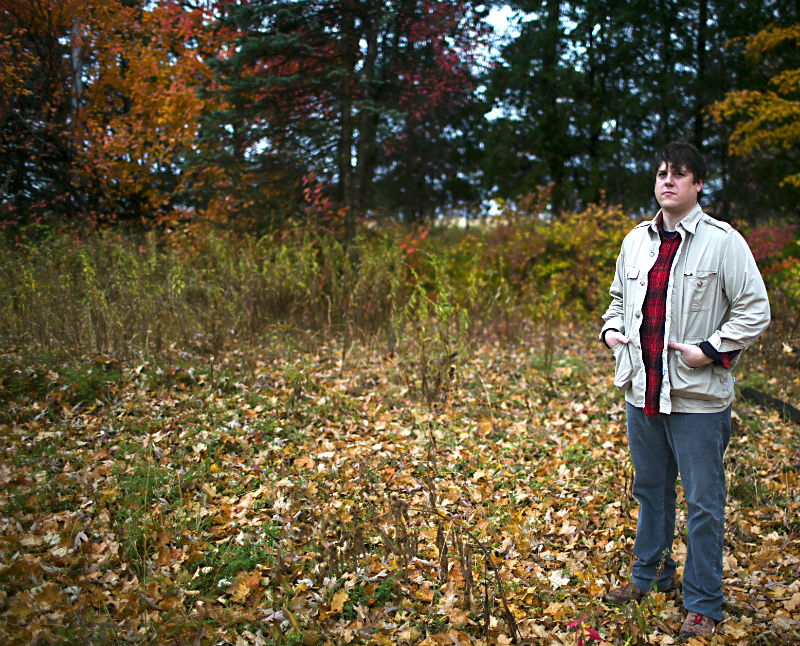 Editor John Counts stakes out the territory for the Great Lakes Review.

Despite the journal's name, Great Lakes Review editor John Counts is "wary of getting too deep into whether our region has its own distinct regional voice akin to American Southern literature," he said. "That question is probably best dealt with in academic dissertations. But I will say we believe great writing is something that rises above its setting."

On April 28 at Literati Bookstore, Great Lakes Review will host an event that celebrates the release of a printed collection of 2016 stories and poems that rose above their settings.

We talked to Counts about how independent journals champion “riskier” writing, that elusive Midwest voice, and the role of Great Lakes-area writers during a political climate that could threaten the region's ecosystem.

Q: As the name of the journal suggests, Great Lakes Review focuses on writing from the Great Lakes region. How did this project come together?
A: The journal was founded by a couple of guys from the Cleveland area -- Rob Jackson and Dave Megenhardt -- who really wanted a publication that focused not just on the Great Lakes region in an aesthetic or literary sense, but in a way that connected writers and organizations. In the face of corporate conglomeration of the East Coast publishing machine, the literary world has become more grassroots than ever.

Mainstream publishing is a big stakes game now, with only a few titles championed each year by the “major labels.” They don’t take many risks, it seems. Those risks are now being taken on a smaller scale with independent publishers, independent bookstores and independent journals. Obviously, we aren’t doing it for the money, but because we love good writing and want to ensure America has a vibrant literary culture. It makes sense to start in your own backyard, which for us is the Great Lakes region, including Canada. And we’ve now made great friends in towns all around the lakes: Buffalo, Hamilton, Chicago, Milwaukee.

I personally got involved with the journal a few years into its existence via my thesis advisor at Columbia College Chicago and all-around badass Don DeGrazia, who is friends with Jackson. I started out as a contributor after having a short story accepted. That led to a conversation about helping out with the journal. Despite the name, they didn’t have anyone working on the journal here in Michigan -- the Great Lakes State. I took over the website and introduced the interactive Narrative Map that features short, place-based essays that we pin on a digital map. So, if you hover over the map of the region, you can click on a point and read about it.

When it first started, it was primarily a print journal, but we’ve since switched formats. We now publish short stories, short essays, and poems on our website, and do a “best-of” print edition at the end of the year.

Q: Over the course of working on the journal, have you been able to identify common themes in Great Lakes writing or common qualities of Great Lakes voices?
A: Given our name, we get A LOT of work featuring bodies of water. Which is fine, but that’s not all we’re looking for. In fact, we’re probably trying to move away from stories and poems featuring a Great Lake. Beyond that, we’re fortunate to get a pretty diverse range of work. But there are common themes, of course: the urban decay of our Rust Belt cities and the beauty of our woods and waters; the humbleness and earnestness of Midwestern characters.

With that said, I’m always wary of getting too deep into whether our region has its own distinct regional voice akin to American Southern literature. That question is probably best dealt with in academic dissertations. But I will say we believe great writing is something that rises above its setting. Writing should strive to connect with other human experiences over great spans of space and time. Sometimes the characteristics of a story or poem that anchor it in a “region” -- the setting, the landscape, the way characters speak, look, and act -- are just window dressing. Great writing nails that down in order to have a bigger aesthetic or moral conversation.

Q: The reading on April 28 is a celebration of your most recent issue. What were you looking for when putting together this issue?
A: The issue prior to this one was devoted mostly to a poetry contest, so we were eager to open things back up. We were so focused on poetry that it was nice to start giving equal weight to the other genres. But I think with this newest issue, we were looking for the same qualities in work that we always are but sometimes can’t explain. Not speaking for the other editors, but I’m very much of the “I know it when I see it” school of selecting work. With fiction, it’s compelling characters and, most of all, movement. You’d be surprised at how many stories and creative nonfiction essays out there in slushland are more or less inert. Just kind of sitting there like a wet sandwich. Those are the stories we pass on. With poetry, we want to be stunned by the language. With general essays, by the ideas.

Q: What excites you about the readers who are part of the Literati lineup?
A: We’ve got three great readers from all over the region: Michigan (Philip Sterling), Ohio (Justin Longacre), and Illinois (Jessica L. Walsh). What I’m most excited about is actually meeting these folks. I’ve never met most of our contributors and have only dealt with them over email. It’s always great to meet them in person, swap stories, and get to know them as people, not just writers. We think readings are just a really a great way to foster a literary community. And there’s something wonderful, primal, and spooky about hearing the works read aloud by the authors in person, like sitting around a fire in the earliest days telling our tales.

Q: As the editor of Great Lakes Review, you are reading current writing from the Great Lakes region, and you are also a reporter for MLive, so you must keep close tabs on the news. As news emerge about various ways the Great Lakes ecosystem might be threatened under the Trump administration, can you offer any reflections based on your unique background in both of these areas? How can creative writers engage in this time of potential disruption but also greater community engagement?
A: This is probably an unpopular opinion, but I don’t really ascribe to the notion of a writer or journalist as being an “activist.” I think there are activists who write -- and that’s great, the world needs activists -- but I don’t think of real writers or journalists as being public activists. As a journalist, I have to remain neutral, independent, and unbiased no matter how hot it gets. This is the only way we can sustain an objective reality. It’s not a perfect system, but it’s what we’ve got.

I think it’s similar for creative writers. Jim Harrison’s memoir is called Off to the Side for this reason. It’s where writers belong. Off to the side. Not engaging in the action, not trying to force the story, but absorbing it to present all sides of the human experience, no matter how unsavory or nasty the ideas or actions are. The writer has to be able to truthfully capture the full range of morality, which means being able to embrace the good and the bad to a certain degree. It’s what I think the Keatsian concept of “negative capability” is all about.

With that said, I grew up on Michigan waters, swimming in the big lakes, trout fishing in the rivers and streams. I do care deeply about the health of the Great Lakes. The current administration’s proposed budget that would slash funding isn’t the first or last threat against them. The best thing journalists and writers can do is to keep telling the unbiased truth. And I’m happy to work for a company (MLive.com) that has a reporter (Garret Ellison) who reports factually, accurately, and knowledgeably about the issues facing our waters. He tells the truth. Check out his work and stay informed.

The "Great Lakes Review" celebrates its new issue -- a best-of 2016's poems and stories published on its website -- with a reading at Literati Bookstore, 124 E. Washington St., Ann Arbor, on Friday, April 28 at 7 pm. Visit literatibookstore.com for more information.