"Remnants" uses survivor stories to educate about the Holocaust 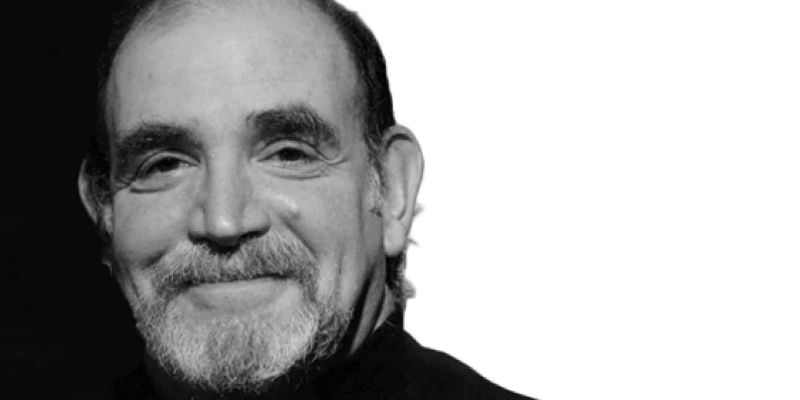 U-M professor Henry (“Hank”) Greenspan likes to talk -- and thank goodness for that.

Greenspan has spent 40 years interviewing (and re-interviewing) Holocaust survivors, and from that trove of oral histories he compiled a radio-play-turned-one-man-show called Remnants, which he’ll perform on Monday, May 8, at the downtown library. He put together the radio play in the early '90s, using material he first started collecting for his dissertation in the 1970s.

“The first thing I did was call rabbis who had congregations in the Southeast Michigan and Toledo area,” said Greenspan, who noted that doing survivor interviews was an uncommon practice at that time. “They’d tell people, ‘This guy from U of M wants to interview survivors.’ So initially I’d used the rabbis as matchmakers, but that quickly became unnecessary because things snowballed. People would say to me, in the middle of an interview, ‘You have to talk to my friend Zoli.’ … So I’d make an appointment to talk with Zoli, and one person led to another.”

This provided the foundation for Greenspan’s academic project, but it wasn’t until U-M's now-defunct Talk to Us Theater Troupe asked Greenspan if he’d write something for them to perform at Hillel’s Holocaust conference that he considered taking the material in a new direction.

Not that he jumped on this idea right away: “I said, ‘No.’ I didn’t know how I would do that. But after thinking about it more, I gave it a shot, and the piece I wrote wasn’t Remnants, but three monologues that eventually became part of Remnants.”

Greenspan added three more monologues and shortly thereafter spotted a flyer that stated WUOM was seeking radio plays of about a half hour in length. Greenspan submitted Remnants and not only was it produced at WUOM (with actors performing the roles) in 1992, it was also broadcast on public radio stations across the country.

The show went on to be performed by theater companies in the following years, but eventually, Greenspan decided to take yet another journey outside his comfort zone: he decided to perform all the show’s monologues himself.

“I guess I’m just one of those playwrights that’s never quite satisfied,” Greenspan said. “It’s just that impulse toward melodrama among professional actors, that tendency to overdo it, and you can’t overdo this topic. The topic alone will overdo anything else. It was done by good people, they were talented actors, but I found that too often they resorted to clichés. The survivors became stick figures rather than people … and seeing them become Holocaust symbols kind of made me crazy. So when I was first invited to do (Remnants) as a reading, I wasn’t sure I could do it by myself, but I did it, I enjoyed it, and I started to play with that as a possibility.”

Greenspan explained that his lack of theater training was at least somewhat offset by the fact that he’d gotten to know the people who’d originally spoken the monologues’ words so well over the years. Yes, he’s gotten some coaching and instruction for acting over the years, but one of his biggest challenges involves the number of times he’s performed the show.

“That makes it harder to keep things real and in the moment,” said Greenspan. “I’ve never done a run. It’s always a different place, a different auditorium, a different vibe, so that’s one way it stays new for me. … But at my core, I identify as a teacher. That’s really what I do. The play, as important as it’s been in my life, is a vehicle. … It’s followed by a Q&A discussion that usually lasts as long as, or longer than, the piece itself. It’s then that I can draw on the 40 years of my work related to this topic.”

The show has grown from its original version by one monologue -- “I heard someone say something just overwhelming and I knew I wanted to include it” -- but from the start Greenspan crafted the play to avoid what’s become “expected” Holocaust imagery: trains, barbed wire, smoke stacks.

“There’s some of that, but there are also space aliens and comedic shtick,” said Greenspan. “When you go to something about survivors, you think, ‘Here it comes. I know what they’re going to say.’ That’s a big fence that goes up, and this play makes a deliberate effort to get under that fence and surprise people.”

Henry Greenspan will perform “Remnants” on Monday, May 8, at 7 pm in the downtown library’s multipurpose room.