Have Instruments, Will Travel: Rob Crozier's music is as multifaceted as his career 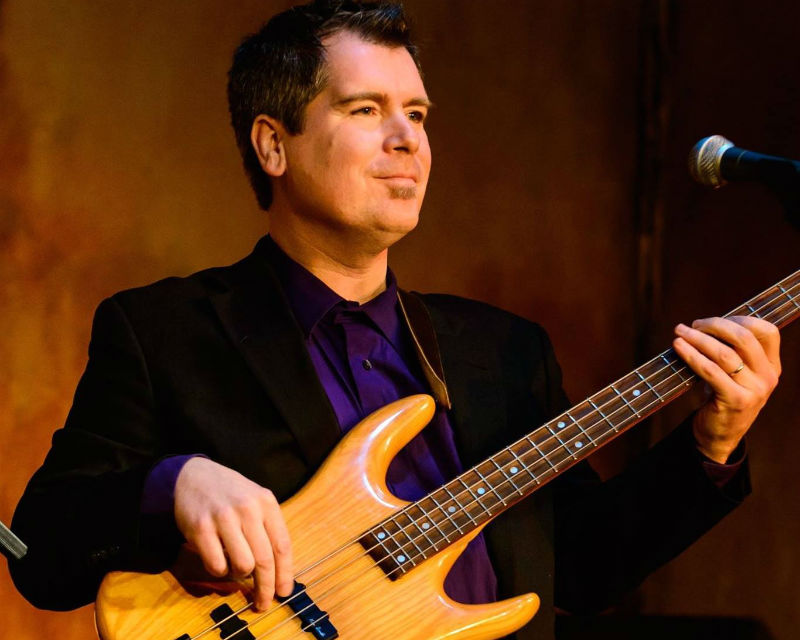 Rob Crozier's bass -- and uke and guitar -- travels through many different genres, from jazz to Celtic.

Rob Crozier had to end our interview because he arrived at his job.

“I’m an entertainer. I do a lot of senior home gigs,” he said. “I go play ukulele and guitar, and I sing Tin Pan Alley, Broadway, old country, singalongs. That’s my day gig.”

In fact, Crozier's senior concerts are only one part of this Ann Arbor musician's many gigs. Multi-instrumentalist Crozier is also a jazz bassist, co-leader of the Irish-fusion group Nessa with his vocalist-flutist wife Kelly McDermott, a music educator, and the proprietor of Eventjazz, which provides live music for weddings, corporate events, and more.

And when you’re a full-time musician, sometimes you play gigs that wouldn’t make anybody green with envy, such as trying to entertain St. Patrick's Day revelers who are already three sheets to the wind at 8 am.

“I can play (the senior home) for an hour and have a really appreciative crowd that isn't vomiting, necessarily, or falling on themselves,” Crozier said, recalling a particularly harrowing St. Patrick’s Day show. “Green eggs and blllluuuuuurrrrgggh!”

Despite Crozier’s ability to play any type of music (in any type of setting), jazz is in his blood. He earned a BFA for jazz and contemporary improvisation in double bass from University of Michigan, and his father, Bill Crozier, was a jazz artist who played saxophone, clarinet, and flute. “When I was growing up he would often have Dixieland band rehearsals in my house,” Crozier said, “so that New Orleans sound really shows up in music that I make quite a bit.”

You can hear his father’s influence all over Tall Trees, the debut album by the Rob Crozier Ensemble. The whole CD is dedicated to his father’s memory, but the album-closing, title-track ballad is a direct tribute to Bill Crozier.

“‘Tall Trees’ was a lament that, when my dad died in 2014, I wrote in tribute to him,” Crozier said. “It sort of gave shape to the feelings around mourning, death, and mortality. Tall trees is a metaphor for people. The tall trees in your life are the ones who give you shelter and when they’re not there ... you really feel it.”

Pete Kahn plays saxophone and clarinet on the album, and Crozier’s wife plays flute on one song, “Flute Peace,” so all of Bill Crozier’s instruments are represented on Tall Trees. Rodney Rich (guitar), Brian Brill (piano, keyboard), and Sam Genson (drums) round out the ensemble, which recorded the album with no prior knowledge of the tunes since Crozier had just written most of them.

“It was truly one of those jazz workshop recordings, similar to what I think happened with Miles (Davis) and (John) Coltrane who brought in these larval pieces that were just seeing the light of day,” Crozier said. “We made (arrangement) decisions after rehearsing the take in the studio; there were no rehearsals for the recording. We just made decisions on the spot.”

Making decisions on the spot is the nature of jazz, but composing usually takes longer. Not so with Crozier. “I’m one of those people who works really well with very little in a short amount of time,” he said.

Crozier wrote “Tall Trees” three years ago, but the CD's other seven original compositions were penned last summer, mere weeks before the recording.

“I got this app for my wife’s iPad called Notion and I just proceeded to have fun writing all the rest of the music; most of it was done in a week and a half or two weeks,” Crozier said. “I always say to myself that’s not something to brag about when someone comes up to the stage, like, ‘Yeah, I wrote this song on a napkin on the way to the gig.’ (laughs) It’s cool, but art and craft takes a little bit more dedicated effort, and the art and craft of composing is a lifelong pursuit, but you get lucky sometimes when you write several songs in two weeks.” 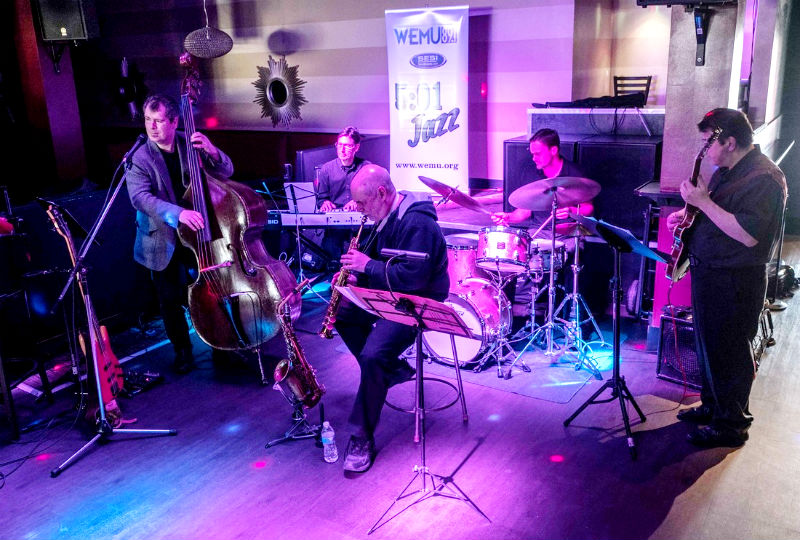 Two covers, the folk tune “I've Been Working on the Railroad” and Billy Strayhorn and Duke Ellington’s “Isfahan,” bring Tall Trees to 10 tracks, with all of them touching on different styles of jazz: ’60s groovers (“Red-Winged Blackbird”), gentle swingers (“Reel Blue”), tango (“Naked Make Out”), ballads (“Fukushima Blues”), and African jams (“‘Song for Kahil,” inspired by AACM percussionist Kahil El’Zabar). It was a conscious decision to be so varied stylistically.

“I typically do my own thing with a variety of different feels on jazz,” Crozier said. “That’s one of the things I like to contribute to the tradition -- the pulling it out of the tradition and making it relevant to listeners. Getting them into hearing what can be done with it; that a ballad doesn’t necessarily need to be a wash of brushes on a snare drum; it can take on a new character. A melody has its own DNA and it has a life of its own that can be supplanted in a variety of different scenes, rhythmically and stylistically.”

And while playing drunken parties is a tough gig for any musician, racing away from one helped inspire Tall Trees’ “Highway Hypnosis.”

“I did one of those early morning St. Patrick’s Day club gigs,” Crozier said. "I did this 8 am to noon gig at a pub in Brighton, and on my way to my second gig at 2 o’clock in Canton ... I got a speeding ticket. So, I had to take a class online to get the points off my license, and one of the terms from the class that I was tested on was ‘Highway Hypnosis,’ which is when you’re transfixed by the lines of the highway.”

But getting busted for speeding isn’t the song’s only inspiration. Motor City jazz legend Yousef Lateef was on Crozier's mind, too: “He had a really big affect on me terms of the possibilities that exist in fusing repetitive themes on ethnic instruments and superimposing a jazz feeling or jazz language on top of that.”

It’s no surprise that Crozier digs this Detroit legend: like himself and his father, Lateef was a multi-instrumentalist who fused disparate sounds into a mellifluous whole. But chances are Lateef never had to play an Irish pub on March 17.