Not a Drag: Theatre Nova's "The Legend of Georgia McBride" is charming 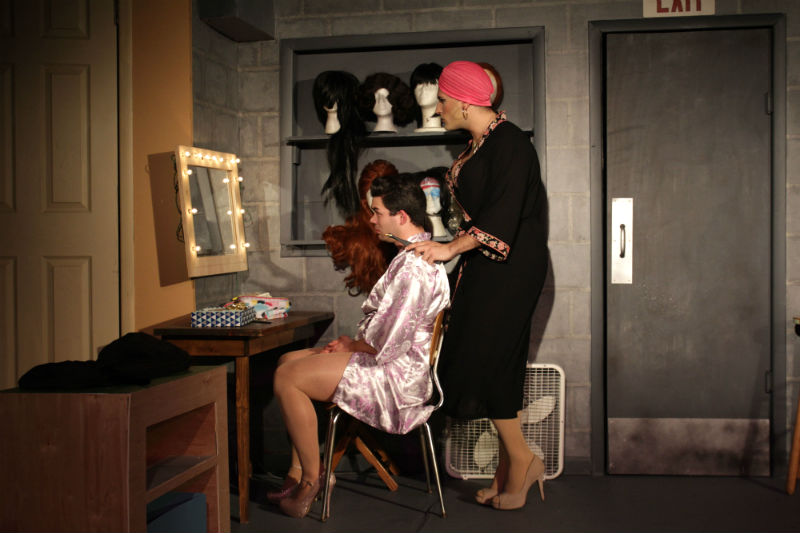 Sometimes, when you’re down and out, you have to pull yourself up not by your bootstraps, but by a pair of sparkly platform heels.

As least, that’s one way to read Matthew Lopez’s comedy The Legend of Georgia McBride, which opens at Theatre Nova Friday.

The play -- which premiered in New York in September 2015 -- tells the tale of an Elvis impersonator, Casey, who performs regularly at a failing bar in Panama City, Florida. Just as Casey’s wife learns that the couple will soon be parents, Casey finds himself in professional freefall: the bar’s owner has hired drag performers to see if they can help turn the bar’s fortunes around. But when one of the new hires faints before going on stage, Casey finds himself reluctantly filling in, only to discover that he’s not so bad at drag.

“It’s very charming,” said director Brandy Joe Plambeck of the play. “I was initially surprised to find out that the show was one of the top 10 most produced scripts in the nation last year, but then I thought, both people who are straight and gay can watch it and find it accessible. It’s about two different worlds colliding. … And I find it’s more than bubble gum sweet. … It has really memorable characters and really great dialogue. And I love the music numbers. It’s just a beautiful play.” 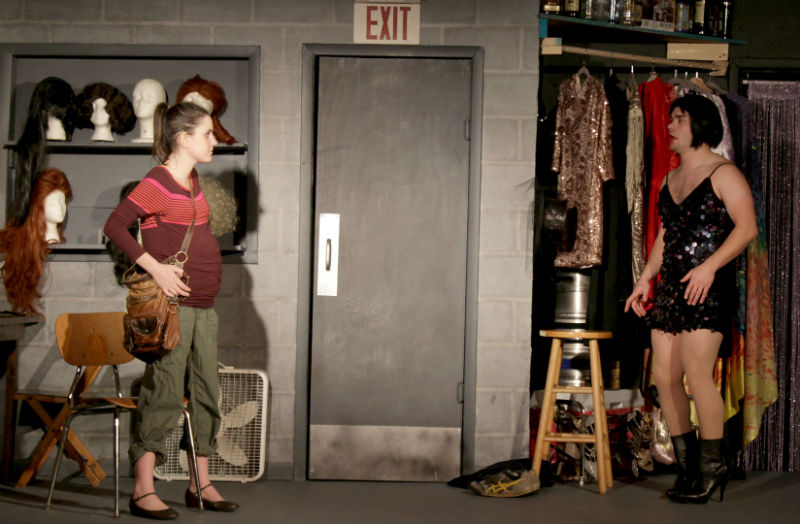 Meredith Deighton stars as Jo, along with Nick Yocum as Casey/Georgia McBride, in Theatre Nova's The Legend of Georgia McBride. Photo by Brandy Joe Plambeck.

Plambeck originally staged this Georgia McBride production in January at the Ringwald, a Ferndale-based theater Plambeck co-founded with his husband, Joe Bailey (who performs in the show).

“We had taken off Falsettos from our season, and we replaced it with Georgia McBride,” said Plambeck. “Then Diane Hill (of Theatre Nova) hit us up and said, ‘We were just looking at that show!’”

Though initial attempts at a coproduction between the theaters fell through, the timing eventually worked out.

“Theatre Nova’s space is less wide than ours, and more deep, so we’ve had to reconfigure some set elements,” said Plambeck. “It definitely has some new life, and it’s been fun putting it back up on its feet.”

Back in January, the production earned some enthusiastic praise from attendees, as well as from an EncoreMichigan.com critic, who wrote, “Yes, there are many laughs. But there are also some very serious and poignant moments that, dare I say, might cause the audience to shed an involuntary tear or two.”

For Casey isn’t the only one in Georgia McBride who stands at a crossroads.

“The wife is struggling with herself, too,” said Plambeck. “She doesn’t feel like a woman. She feels hardened. So she’s dealing with that in herself, and (Casey) is discovering this femininity in himself. There are these layers to it that I find really interesting, and they raise (the play) above being a fluff piece to being something more that speaks to us on gender and sexuality and all sorts of things. … I really love it. We managed to round up the perfect cast, and it all just clicked into place. … It’s a sweet little play with a nice big heart, which I love.”

The Legend of Georgia McBride is at Theatre Nova, 410 W Huron St, Ann Arbor, from June 9 to July 2. Visit theatrenova.org for tickets and showtimes.