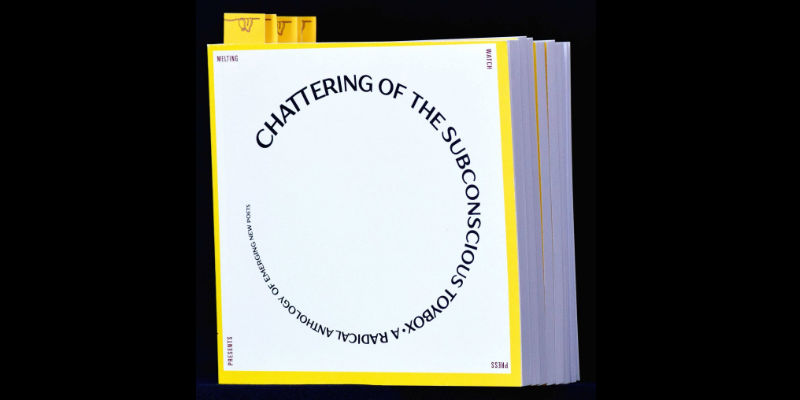 Cousins Joe Provenzano and Mike Benoit aren't short on proclamations. Their new Ann Arbor-based Melting Watch Press was inspired by a shared love of the Transcendentalists -- particularly Walt Whitman -- and the Beats, and the duo aren't afraid to claim their place in that lineage.

“We really consider ourselves to be part of their tradition,” says Provenzano. The cousins believe in "the idea of writing things that we’re actually thinking, and taking ourselves away from academic pseudo-poetry and (the) shielding of ourselves and opening our hearts to the page.”

Provenzano and Benoit are disenchanted with what they feel is an “MFA takeover” of literature and they hope to bring honest, Beat-inspired poetry back to the cultural consciousness and especially to introduce it to today’s youth through their work and publications.

“Our generation has quite a lot of data thrown at them with the advent of social media and the internet,” says Provenzano. “Pop culture today doesn’t really emphasize the importance of literary arts. Music is something that is always loud and it’s easy for people to hop onto music because you don’t have to do any extra work to have a song thrown at you. It’s different than actually having to sit down and read a book. Mike and I sincerely believe that when you create a personal intimacy with the arts it can do something for your life that nothing else can do.”

Both Provenzano and Benoit are millennials themselves, so they’ve experienced firsthand the distractions that today’s culture delivers. “Youth today are so bombarded by media that it’s almost difficult for [them] to form their own perspective,” says Benoit. “Something that we want to do is to encourage people to observe everything and then filter it through yourself. Find what works for you. It’s alright to have your own perspective, and it’s alright to have your own opinion, and to act on that opinion and not be afraid of it.”

Since the publication of Chattering of the Subconscious Toybox, both Benoit and Provenzano have been hard at work at their next publications. They each plan to release a book of prose around the same time, with a collection by Camaj to follow afterward. They view Chattering as a sort of “sampler package” of their work.

“This is what’s happening in contemporary writing and this is where contemporary writing can go,” says Provenzano. “We really plan to take this to the national level and as far as we can, ad infinitum, because we really believe in what we’re doing and we believe that there are other people who are going to find consanguineous relation to our efforts and want to be a part of this.”

Along with working on their own collections, the two are cultivating other writers and accepting submissions for Melting Watch Press. The duo is also dedicated to republishing works by some of their literary heroes. First up is a republication of the 1855 original edition of Whitman’s Leaves of Grass.

Provenzano and Benoit feel indebted to poets like Whitman, Ralph Waldo Emerson, and the Beats because they lived their art, and they idolize Lawrence Ferlinghetti, who in 1955 also created his own publishing house in association with his City Lights Bookstore in San Francisco.

“These people gave their lives for art to enrich the lives of everybody (else),” says Provenzano. “Not everybody has to be like Mike and myself and become an artist and want to change the world. But art has the potential to light people up like it’s lit us up. Like Emerson said, ‘To know even one life has breathed easier because you have lived -- this is to have succeeded.’ We want to make everyone’s lives better by doing what we do best and that’s giving our lives to the arts.”

Click here to order "Chattering of the Subconscious Toybox: A Radical Anthology of Emerging New Poets."