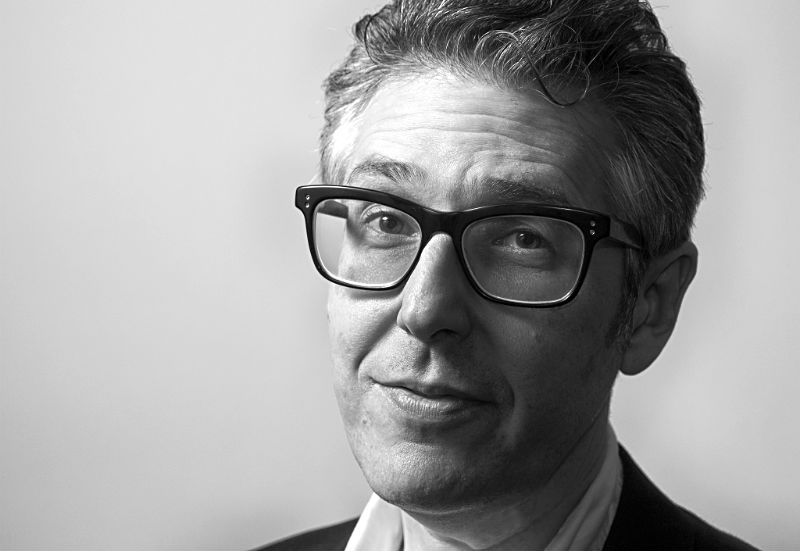 How to tell a story. “Get any series of events going, and people will stick with you, and want to hear what happens next,” said Glass. “ … We try to use this in service of journalism.” How to interview kids. Glass talked about interviewing a 14-year-old in Massachusetts who’d regularly espoused a theory about love being a cultural scam that just made everyone unhappy. “They had us read Romeo and Juliet in school,” Glass quipped. “What do you think the lesson of that is?” The advantage of talking to kids, according to Glass, is that they’re less guarded, so it takes less time to get to the truth. To expand on the story about 14-year-old Joe Kendrick, featured on This American Life’s TV show (on Showtime for two seasons), Glass interviewed several of his classmates and talked to them about love. “They’re having these experiences and in these situations for the very first time,” said Glass. “And you can see them thinking, this will affect who I’ll be, what personality I’ll have, for the rest of my life. And they’re right.” (As a wonderful coda, Glass had reinterviewed Kendrick 10 years later and found a young man with a very different view of love.) Talk normal. Glass began this segment by playing a portion of a news story he’d delivered on air, after having worked in public radio for eight years. The segment was muddled, in terms of structure, and Glass sounded less than natural. “My parents kept telling me, ‘Go to medical school,’ and I said, ‘You’re not being very supportive,’” said Glass. “ … One of my producers listened to that segment and said, ‘Wow. There’s no sign in here that you have any talent whatsoever.’” Eventually, though, Glass developed the natural, conversational tone that’s the trademark of TAL, and he believes this positioned the show perfectly for the internet and the age of podcasts. “People now binge-listen like they binge-watch TV shows, and that’s one of the most exciting things for us.” Failure is success. Glass shared a long list of potential stories for a TAL episode called “The Magic Show” -- “‘This is Where the Magic Happens’ was rejected by every woman on our staff,” Glass confessed -- and talked about how hard it was to pursue enough stories to find enough strong material. “You need to be out for your own fun,” Glass said regarding story ideas. “The more you do that, the better off you’ll be.” What (he) learned from musicals. Glass’ presentation shifted into the personal as he talked about his mother taking him to musicals as a kid, growing up in Baltimore, and how many times he’d seen Fiddler on the Roof. When the show was recently revived on Broadway, Glass went, for the first time in 40 years, and found himself crying throughout the production. (Glass’ mother died in 2003.) “It felt like I’d walked into a room where my childhood was still going on, and everything was perfectly intact,” said Glass. But in addition to that, Glass realized that the basic structure of Fiddler -- getting to know characters, hearing their story, introducing bigger ideas related to their story, and a melancholy ending -- was also that of nearly every story on TAL. “I wish I could tell my mom that,” said Glass. “ … When you’re a parent, you try so much that doesn’t work. … But the stuff my mom loved resides in me. It’s nice when it works.” The power of not seeing. Glass briefly discussed the power of just hearing someone’s voice on podcasts/radio shows. As an example, he played a clip of a Syrian refugee mother, who was speaking about her young son’s fears about boarding a rickety boat to flee to yet another country. “You’re just hearing her voice, with no other information to indicate that she’s different from you,” said Glass. “ … She’s not a Syrian refugee, she’s not a Muslim, she’s a mom. … That’s one of the most powerful things we have, is that we can get people to connect so quickly. Radio is a machine for empathy.” Glass -- whose parents reportedly stopped pushing for medical school once their son appeared as a guest on David Letterman’s show -- concluded the evening by taking a handful of questions from the crowd. Asked to reflect on the Mike Daisey scandal, wherein Daisey, an author/actor who’d created a one-man show about labor conditions at an Apple factory in China, presented several fabrications as facts on a much-downloaded 2012 episode TAL, Glass said, “My feeling was, I wonder if we’ll all lose our jobs? Seriously. I thought, ‘Why would anyone listen to our show ever again?’” But the show recovered, dedicating an entire episode to retracting the story, and unpacking how it had managed to clear TAL’s channels; plus, TAL hired a new fact-checking staff. So when another audience member asked what Glass thought he might do in future, he quipped, “Well, the business is going well. And I don’t really have any other skills.”