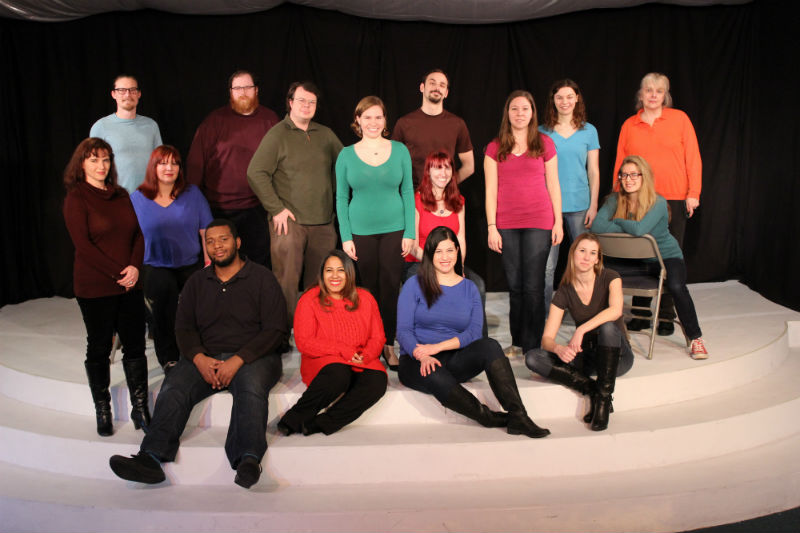 The 2017 Brass Tacks ensemble is taking on three Shakespeare plays this season and stripping them down to their essence.

The Brass Tacks Ensemble has been performing shows in Ann Arbor since 1999. The company is known for stripping down its productions to the most basic elements of theater -- the text of a script and actors acting -- and eliminating as many distractions as possible so the audience's attention is focused on universal themes.

According to artistic director James Ingagiola, “The more you add to a production in terms of costumes, props, sets, etc., the more you lock it into a specific story about very specific people in a very specific time.” Put another way, Brass Tacks prides itself on being the antithesis of spectacle theater.

Another difference between the Brass Tacks Ensemble and other theater companies around the Ann Arbor area is conveyed in the name itself -- it’s very much an ensemble. The company selects a troupe, and then those actors work on techniques to strengthen their acting abilities over the course of the year. BTE often intentionally casts the actors against type to give them an opportunity to expand their ranges.

This year, the Brass Tacks Ensemble has decided to focus on three plays written by William Shakespeare. From a practical standpoint, Ingagiola chose The Merchant of Venice as the second play of the season because it seemed like a good stepping stone from Much Ado About Nothing (a witty Shakespearean romp they produced back in the end of April) to Measure for Measure (a highly political, multilayered Shakespearean dark comedy about justice and duty that they plan to put up this fall).

But from an artistic standpoint, Ingagiola says he was attracted to this play as a director because of the inherent challenges in the text. “Why do we continue to produce a play that is so problematic? The Merchant of Venice" is at Kerrytown Concert House, 415 N. Fourth Ave., Ann Arbor. The show runs August 3-5: Thursday and Friday at 8 pm and Saturday at 2 pm and 8 pm. Tickets are $15 ($5 for students) and available at the door.