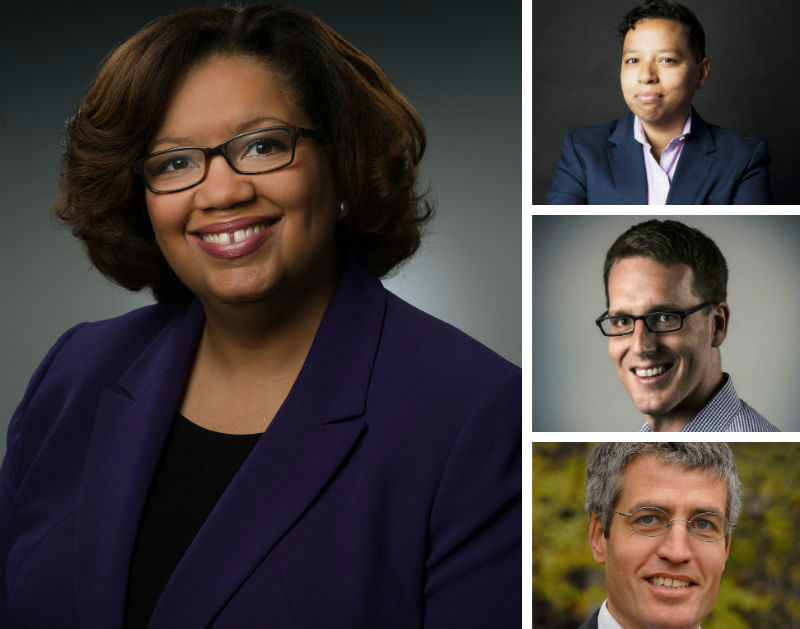 Wallace House at the University of Michigan features two major programs that recognize the work of early career and mid-career journalists.

"The Knight-Wallace Fellowships for journalists is a residential program here at the University of Michigan," said Lynette Clemetson, director of Wallace House. "We bring roughly 20 mid-career journalists to the university every year for an academic year of immersive study related to their work as journalists. Our other program is The Livingston Awards, which is an awards program recognizing excellence in journalism by journalists under 35."

Wallace House was a gift from 60 Minutes's Mike Wallace and his wife, Mary, but its offerings aren't strictly for journalists and the organization is expanding its public programming. On Thursday, September 14, award-winning political reporter Alec MacGillis will give the 32nd Hovey Lecture, and he'll cover income inequality in the U.S. and the perilous implications of winner-take-all cities and left-behind places. The additional talks feature the Washington Post’s David Fahrenthold (October 26), who was awarded a Pulitzer for his reporting on the Donald J. Trump Foundation, and Lydia Polgreen (January 16), editor of The Huffington Post.

We chatted with Clemetson about these upcoming events, demystifying journalism, and its vital role in a functioning democracy.

Q: What do you see as the community dimensions of Wallace House's mission to foster excellence in journalism?
A: I think in terms of our programs for journalists, Wallace House seeks to support journalists and the development of their careers and to recognize excellence. But I also think, especially now at a time when journalism and the work of journalists is under attack, we have an opportunity to reach out to the broader community and involve them in the work that journalists do and demystify different types of journalists, different types of journalism, and involve people in engagement and conversations around important stories and the way journalism is conducted day to day in the country and in our communities.

We have an opportunity through Wallace House to really try to close some of the gaps in people’s understanding about the importance of journalism in society, and we do believe here that’s of vital importance to any functioning democracy.

Q: You are expanding the event offerings at the Wallace House this year. Can you tell us a little about the forthcoming events?
A: David Farenthold won the Pulitzer Prize for national reporting last year for his coverage of the Trump Foundation. David is known for is using Twitter very effectively in his reporting, and engaging with the public and showing how he goes about his work. He’s going to be talking about how reporters can use social media as a tool to show transparency in their reporting process, and also about how audiences can engage with reporters in using social media. I think it will be a fantastic lecture.

Lydia Polgreen left The New York Times last year to become the executive editor of The Huffington Post, the first person to hold that job since founder Arianna Huffington. Lydia’s a former colleague of mine from The New York Times. I wanted to invite her anyway, and then she made this job switch, and so it’s a particularly interesting time to have her come and talk about her take on journalism where The Huffington Post fits into the media ecosystem. Also, I think by the time she comes in January, they will have done some interesting new things. She’s personally doing a bus tour of America this fall and going to places where people feel unheard. ... She’s also been profiled in various LGBTQ publications for being one of the most visible LGBTQ journalists and journalism leaders in the country. A: The Hovey Lecture format is the same every year: we invite back a former Knight-Wallace Fellow to give a talk about his or her work. We tend to invite back somebody for whom their work is at the center of the current conversation, and also to demonstrate the value of a Knight-Wallace fellowship and the career of a journalist, so journalists who’ve gone on from their fellowship to really elevate their careers, and to dive deeply into something that they had a keen interest in while they were fellows.

Alec MacGillis’ work for ProPublica over the last two years actually grew from his study plan as a Knight-Wallace fellow. He was looking at economic disparities in the United States and disconnected communities, which evolved then into investigative long form works for ProPublica during the 2016 election season. One of his stories was titled "Revenge of the Forgotten Class," and was really sort of a deep look at disaffected voters. We felt that it was an ideal year to bring him back.

Q: Who do you hope to reach through these events?
A: I hope with all of these events that we get people in attendance who are skeptical of what we're doing and skeptical of the work of journalists, or who just don't feel connected at all. Because if it’s only people who are already really familiar with the work that we’re talking about, the conversation isn't as effective, it’s not as robust, and we want an exchange of views, and that means welcoming different challenging skeptical viewpoints. As journalists, our jobs are to really seek out variety of views, and so it helps us programmatically and all of our fellows who are in residence here to really be able to hear from a broad cross-section of people.

For Alec McGillis’ talk, I also hope we get not just university people, but Ann Arbor community members. Because when we talk about winner-take-all cities and geographic bubbles, I don't know what Alec is going to say, but I’d be willing to bet that Ann Arbor probably fits into the category of a bubble in the midst of some cities that are really losing out economically and in terms of intellectual capital.

And so if we can get some cross-section of Ann Arbor residents and Michigan residents to hear him talk and have them leave and really think hard about what’s happening here in Michigan with regard to ideas of who wins and who loses in terms of the way we build fund and take care of and promote our cities, then I think that would be a good thing.

If people come away from that really thinking hard, not just about the country, but about the state of Michigan, about Ann Arbor and about all the city’s urban and world around us.

Anna Prushinskaya is a writer in Ann Arbor. Her collection of essays, A Woman Is a Woman Until She Is a Mother, will be out from MG Press in November 2017.