A2CT's “Seussical, the Musical” will transport viewers to a magic kingdom 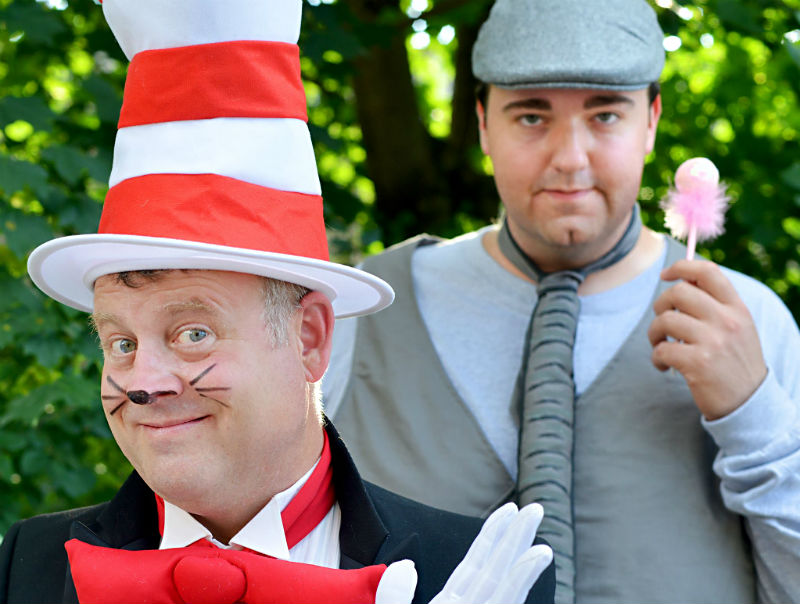 The fanciful world of Dr. Seuss will come to life on the Mendelssohn Theater stage this weekend when Ann Arbor Civic Theatre presents Seussical, the Musical

“We were looking for a family fare kind of show,” said director Denyse Clayton. “Most every show for families is a ‘feel good’ show, but in the particular political climate we’re living in now, I think that to buy a ticket and go someplace magical to escape it all for a while feels particularly good.”

Seussical, with music, lyrics, and a book by Stephen Flaherty and Lynn Ahrens, made its Broadway debut in 2000. Combining characters and situations from a number of different Seuss tales, the show’s framing story involves a sweet-natured elephant named Horton (of Hears a Who fame), who struggles to protect not just an invisible, fractious population of Whos living on a speck of dust, but also a nearly-ready-to-hatch egg that’s carelessly thrust upon him by Mayzie. Meanwhile, Gertrude McFuzz pines for Horton, and a Who named Jojo, the mayor’s son, has unbridled, imaginative “thinks” that cause disruptions in his school and in his family.

“Yeah, I just had to say, ‘OK, I know everyone has a life, and everyone needs vacations, but come August 20, you all have to be here,’” said Clayton. “Especially this week. We’ve got students and teachers in the cast, so while I think it’s going to be a letdown next Monday -- it’s always like the day after Christmas when a show closes -- this is going to be a pretty challenging week for a lot of our people.”

Seussical’s 24-person cast is made up of mostly adults, with kids in a handful of roles, and Rob Roy stars as the iconic Cat in the Hat, who narrates and fills various small roles in the show.

“I don’t like to work with casts of thousands,” said Clayton. “I like to have a lot for the actors to do, so I keep them busy, changing hats and costumes backstage. But I also like that this tends to make for a more cohesive cast that works well together and really comes to trust each other.”

Of course, from a design perspective, Seussical demands costumes, props, and set pieces that evoke the author/illustrator’s sublimely whimsical style; but translating that airiness into our gravity-ruled world can sometimes prove to be a thorny challenge.

To solve this riddle, Clayton developed a guiding aesthetic vision for A2CT’s Seussical from a surprising source. “There’s this restaurant on the Disney Cruise called Animator’s Palate,” said Clayton. “When you walk in, the whole restaurant appears in black and white, but as you have dinner, and make your way through the courses, the room starts to colorize until, by the time you walk out, everything’s just bursting with all this full-blown color.”

Seussical attendees can thus expect a similar kind of on-stage transformation, with the help of lighting and other tools. In the end, however, Clayton knows that audience members will primarily be coming to the theater to be transported to the magical world of Dr. Seuss.

After all, Clayton herself has felt relieved to live in that world for much of the last few weeks.

“Every morning, I turn on the computer and think, ‘What fresh hell awaits me today?’” said Clayton. “But then I just breathe, and I remind myself that I can go back and be a kid again tonight at rehearsal.”