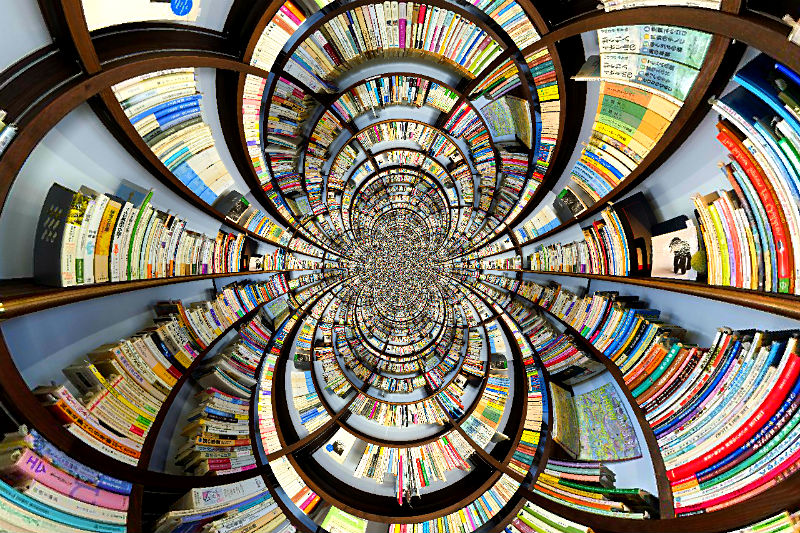 In fact, so many authors pass through the area that sometimes it can be hard to keep track of who is speaking and when and where. To help guide you, Pulp curated a highlights list of October 2017 author events.

Nancy Pearl
➥ Wednesday, October 4, 7 pm at Nicola’s Books
“America’s librarian,” Nancy Pearl, who has long been an NPR books commentator, recently penned her first novel, George and Lizzie. At the center of the novel is an unlikely marriage between two people who have very different views of what love and marriage should be. Now at a crossroads, George and Lizzie must make tough decisions about what the future holds for the two of them -- together and separately.

Angelique Chengelis
➥ Thursday, October 5, 7 pm at Nicola’s Books
Longtime chronicler of the Michigan Wolverines for The Detroit News, Angelique Chengelis explores the story of Jim Harbaugh’s return to Michigan to coach the football team (after playing here while he was in college) in her book Michigan Man.

Lucy Ives
➥ Friday, October 6, 7 pm at Literati
Lucy Ives has written several books of poetry and short prose and will be reading from her newest novel, Impossible Views of the World, at this event. At the center of the novel is Stella, a curator at a Manhattan art museum, whose personal life is in freefall. When a strange map appears at the museum, she sets out on a research mission to find a mysterious 19th-century utopian settlement.

NoViolet Bulawayo and Barbara Mhangami-Ruwende
➥ Friday, October 6, 7 pm at Nicola’s Books
Bulawayo is the author of We Need New Names, which was short-listed for the Man Booker Prize. Mhangami-Ruwende is the founder and director of the Africa Research Foundation for the Safety of Women.

Tiya Miles
➥ Monday, October 9, 7 pm at Literati
Tiya Miles will discuss her new book, Dawn of Detroit: A Chronicle of Bondage and Freedom in the City of the Saints. Historian Miles explores the roles of slavery in Detroit and the limits of freedom in early America.

Mom’s Night Out with author Jen Mann
➥ Wednesday, October 11, 7 pm at the downtown branch of Ann Arbor District Library
Jenn Mann is the author of the bestselling People I Want to Punch in the Throat: Competitive Crafters, Drop-off Despots, and Other Suburban Scourges, which contains stories based on her popular blog. She’ll read aloud from her collection at the event and books will be available for sale and signing.

Drew Philp
➥ Monday, October 16, 7 pm at the downtown branch of Ann Arbor District Library
Drew Philp is the author of A $500 House: Rebuilding an Abandoned House and an American City, which chronicles his experience buying a house in Detroit for $500 in the midst of the Recession. The book is described as “a transparent look into the struggle, pain, joy, and hope of what Detroit, and by extension the American city of the twenty-first century, is going to become.” Books will be available for sale and signing at the event.

Douglas Trevor
➥ Tuesday, October 17, 7 pm at Literati
Douglas Trevor, director of the Helen Zell Writers’ Program at the U-M, will share his new collection of short stories with attendees, The Book of Wonders.

Van Jones in conversation with Zoe Clark
➥ Tuesday, October 17, 7:30 pm at the Michigan Union's Rogel Ballroom
Nicola’s Books hosts CNN’s Van Jones in conversation with WUOM’s Zoe Clark. Jones has just penned Beyond the Messy Truth, which exposes hypocrisy on both sides of the political divide and offers suggestions for how we can bridge the gaps currently tearing America apart.

Laura Lee
➥ Tuesday, October 17, 7 pm at the downtown branch of Ann Arbor District Library
Author Lee explores the fascinating story of the battle over Oscar Wilde’s legacy in her new book Oscar’s Ghost. Years after his death two of his closest friends, Lord Alfred Douglas and Robert Ross, engaged in a bitter battle over who was to blame over Wilde’s downfall and early death and over who should get the rights to handle Wilde’s prison manuscript, De Profundis. This event includes a book signing and books will be for sale.

An Evening of Mystery Authors: Aunt Agatha’s Mystery Bookstore Celebrates 25 Years
➥ Thursday, October 19, 7 pm at the downtown branch of Ann Arbor District Library
Aunt Agatha’s Mystery Bookstore will celebrate their 25th anniversary at this special event featuring mystery authors William Kent Krueger and Julia Keller. Both authors will discuss their newest books and the mystery genre. This event includes a book signing and books will be for sale.

Charles M. Blow
➥ Friday, October 20, 5:30 pm at Rackham Auditorium
New York Times op-ed columnist Charles M. Blow will visit Ann Arbor for a special keynote presentation. The lecture is organized by the Humility in the Age of Self-Promotion Colloquium at the UM, and Blow will talk about how arrogance and pride relate to American democracy and politics today.

Nick Riggle
➥ Friday, October 20, 7 pm at Literati
Nick Riggle will discuss his new book On Being Awesome, an exploration of “the competing phenomena of being awesome and sucking, and why we need awesomeness now more than ever.” A former pro skater who holds a PhD in philosophy, Riggle’s academic work focuses on the role of aesthetics in human life.

Joanne Nesbit
➥ Sunday, October 22, 2 pm at the Westgate branch of Ann Arbor District Library
Nesbit will discuss her new book, Legendary Locals of Ann Arbor, Michigan, which celebrates the citizens of Ann Arbor. She’ll share some of the great stories that she and her co-author discovered while putting the book together and how they chose which “legends” to feature. The event includes a book signing and books will be on sale.

Joseph Fink and Jeffrey Cranor
➥ Monday, October 23, 7 pm at Lydia Mendelssohn Theatre
Fink and Cranor, creators of the internationally popular podcast Welcome to Night Vale, will discuss their new book, It Devours! Set in the Night Vale universe, the book uses the growing relationship between two young people to explore the intersections of faith and science. This is a ticketed event.

Doug Stanton
➥ Wednesday, October 25, 7 pm at the downtown branch of Ann Arbor District Library
Stanton’s new book, The Odyssey of Echo Company: The 1968 TET Offensive and the Epic Battle to Survive the Vietnam War, offers a “breathtaking portrait of war, homecoming and a search for peace.” This event is a partnership with Nicola’s books and includes a book signing and book sales.

Julia Turshen
➥ Friday, October 27, 7 pm at the downtown branch of Ann Arbor District Library
Turshen’s new book, Feed the Resistance is a practical and inspiring handbook for political activism -- with recipes. Described as a “must have handbook for anyone hoping to make a difference,” Feed the Resistance contains lists, resources, and essays from activists in the worlds of food, politics and social causes. This event is a partnership with the University of Michigan Library and Literati Bookstore and will include a book signing. Books will be for sale at the event.