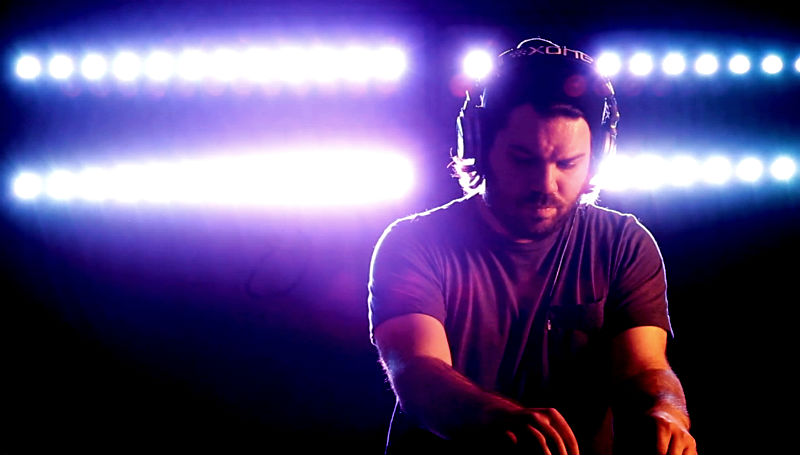 Alex Taam is a recording-studio engineer, composer, and all around gearhead. His mastery of synths is one of the reasons why we asked him to write and record two songs using instruments from AADL's Music Tools collection, which he did in February. Taam's knowledge about all things electronica is also the reason why we asked him to help us host Mini MoogFest. He'll be on hand to demonstrate some instruments, including a modular synth, and guide you through many of the other instruments we'll have on display for hands-on play.

We talked to Taam about his Mini MoogFest plans, the gear he's bringing, and asked him to name his favorite synth-related recordings.

Q: What's your plan for MoogFest?
A: I hope to show people the basics of analog synthesis and have some fun making cool noises with them. 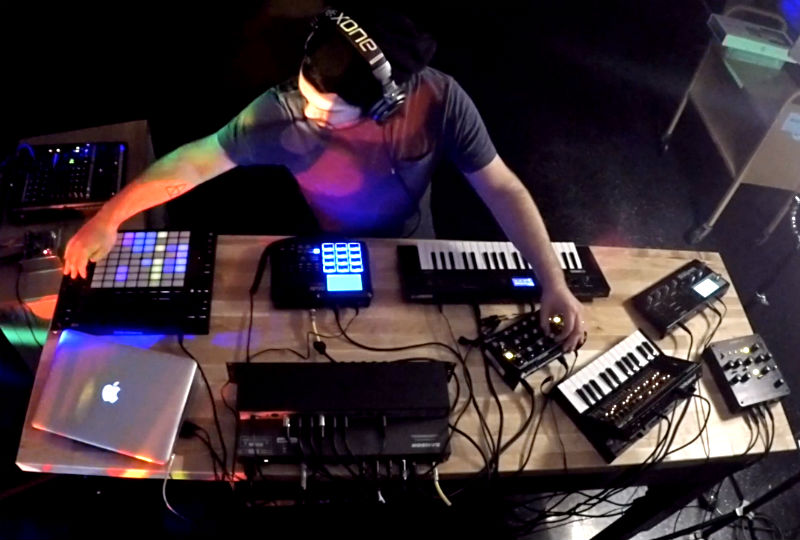 Q: Name some synth-related records that you'd recommend to newbies.
A: Here are 10:
➥ Sasha, Xpander EP: The song "Xpander" was life-changing the first time I heard it as a kid. It was the first time I said to myself, "I need to know how to do this."
➥ Kraftwerk, Computer World: Shortly after discovering modern dance music at the time, my dad dropped this record on me and it blew my little 12-year-old mind that these Germans were already up to this stuff in the late '70s. It's still my favorite album that they've done.
➥ Boards of Canada, Music Has the Right to Children: A must-listen for anybody.
Underworld, dubnobasswithmyheadman: Another life-changing electronic dance group.
➥ Daft Punk, Homework: See above, also the album that made house music extremely popular.
➥ Aphex Twin, Come to Daddy EP: Where would electronic music be without Richard D. James, a much sadder and less experimental place. much like the tape music of the '60s, Aphex Twin pushed boundaries and influenced EVERYBODY.
➥ Wendy Carlos, Switched-On Bach: Speaking of the '60s, this album proved to a very skeptical world that synthesized music was here to stay. Classical compositions reimagined on Moog synthesizers. It still holds up to this day.
➥ Giorgio Moroder, E=MC2: Pretty much none of the music on this list wouldn't have existed if it weren't for Donna Summer's "I Feel Love," produced by Moroder, predominately featuring a Moog modular.
➥ Tubeway Army, Replicas: Gary Numan and Co. made a perfect blend of glam rock, post-punk, and synthesizers. This album made being in a synth band actually cool.
➥ Justice, Cross: The album that changed current EDM/electronica forever. Dirty, gritty, chopped-up, distorted bass lines with masterful sample cuts. The French continue to push electronic dance music for the better.
➥ Vangelis, Blade Runner OST: Incredible soundtrack that the movie would have been worse off without. It's almost a shame they didn't get him for the new one, but I'd imagine it wouldn't have been able to come close to the original. The new Hans Zimmer score isn't bad on that note, it does pay a lot of homage to the original, though.