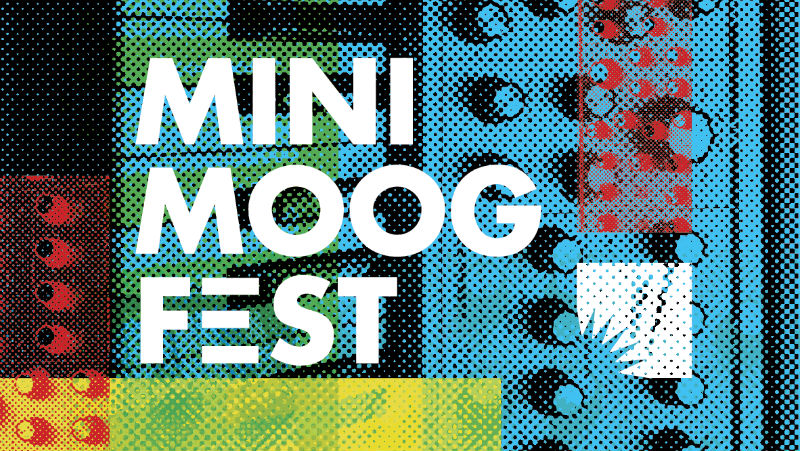 Mini MoogFest will give you a hands-on chance to dabble in bleeps and bloops, play with music gear, and see artists perform on vintage and home-built synthesizers.

Robert Moog had no musical talent. But his talents changed music.

At the age of 15, Moog built his first Theremin, the ghostly, no-touch instrument created by Leon Theremin in the 1920s that used the amplitude and voltage of radio waves to manipulate two oscillators controlling pitch and volume. Moog continued to use his engineering skills to fine-tune these instruments, and by age 19 he was selling Theremin kits to help fund his college studies.

In 1964, the year before he earned his Ph.D. in engineering physics from Cornell University, Moog created his first synthesizer. By 1968, everyone from Stevie Wonder to The Beatles had used Moog synths on recordings, and in 1969 Wendy Carlos -- a frequent advisor to Moog -- had a chart-topping hit with Switched-On Bach, an LP featuring all-electronic versions of classical masterpieces.

By the early 1970s, the Minimoog Model D -- the world's first portable synthesizer -- became a staple in popular music and set the groundwork for all electronic music that followed, from the ambient bliss of Brian Eno and film soundtracks of Vangelis to the robotic beats of Kraftwerk and the entire genre of Detroit techno.

It's with Moog in mind that we created the Ann Arbor District Library's Mini MoogFest (Sat. Nov. 18, 12-4 pm, downtown branch). But it's a really a celebration of all the things that whoosh, squiggle, chirp, beep, bleep, and gurgle, from Don Buchla's equally important modular-synth inventions in the 1960s right up to today's home-brew makers who bust out the soldering irons and circuit boards to create their own custom sound modules.

At Mini MoogFest you'll be able to test out a variety of effects pedals, music-making software, and electronic instruments, including Moog modular units and Thereminis, the Arp Odyssey, and many more. Many of the pieces are available to borrow from AADL's Music Tools collection, too. Think of it as a music store where you won't get yelled at for playing around with the gear.

We'll also have three performances in the multipurpose room by artists who will talk about how they create their sounds, from the basics of synthesis to the specific gear in their stage setups. The lineup is:

Producer, audio engineer, and artist Alex Taam -- who records under the name Mogi Grumbles -- will also be on hand to allow folks to play with his various Moogs and modulars as well as assist people in exploring the gear that will be spread around in the Secret Lab. (➲ PULP INTERVIEW)

This is a family-friendly event, too, so bring the kids and let them make outer-space sounds, video-game soundtracks, and noise jams. There will also be giveaways featuring T-shirts, winter hats, patch cables, screwdrivers, buttons, and other swag from gear companies and dealers such as Make Noise, Line 6, Boss, Roland, Korg, Electro-Fautus, Control, Perfect Circuit Audio, Reverb, and Sweetwater.

If you've ever been interested in how to make electronic music, Mini MoogFest is the perfect opportunity to dabble, experiment, and invent. As with Robert Moog, no musical talent is necessary.