Natural Process: Hydropark expands on its hypnotic sound for a new EP 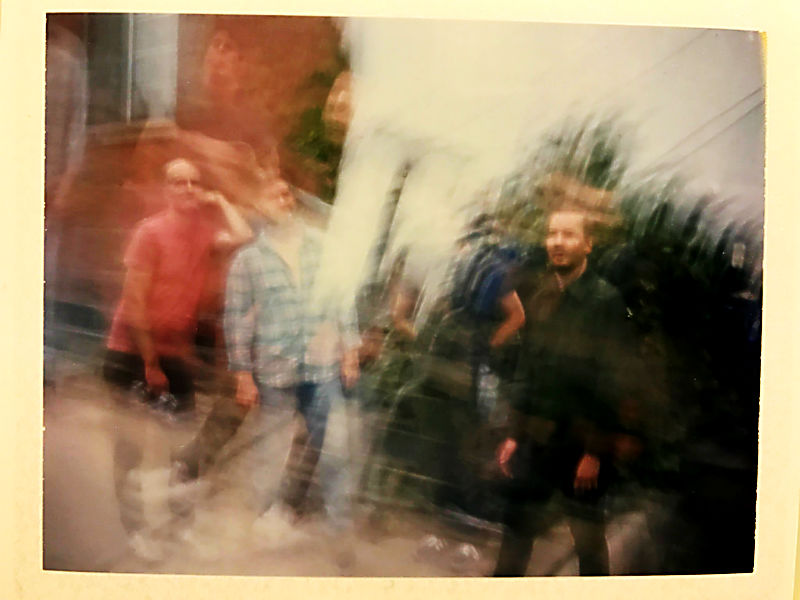 Evolution is real, but it's usually something that's out of view, the process hidden over the course of many years. But the Ann Arbor group Hydropark evolved before our ears -- and quickly.

The band formed as a trio in 2013 when drummer Chad Pratt, keyboardist Chuck Sipperley, and guitarist/keyboardist Fred Thomas would get together and create noisy instrumental jams that focused more on texture than melody, hammering out aggressive, improvised space rock. You can hear these practice-room freak-outs on four cassettes the group released in 2013-2014, two of which are on Hydropark's Bandcamp page.

"Chuck and I had been getting into synthesizers, and Chad's always had a unique drum style, so we just kinda jammed sporadically for a few months," Thomas said.

"My friend Jason heard one of our formless, noisy practices," Thomas said, "and suggested we get a bass player to ground the sound a little bit. I suggested that bass player be him and that's when things really came together."

The first glimpse of what Hydropark would become can be heard on an early version of "Impostors, Fabricators, Certain Characters" from Hydropark (Fourth Cassette, Spring 2014). The bass lines sing countermelodies to the keyboards as the locked-in drums push the song and sound effects float through the mix.

"We started playing shows and working on actual songs we could play the same way more than once," Thomas said, "and it always tended toward Krautrock influences and repetitive, hypnotic songs."

"We recorded our first album ourselves over the course of two years and I was really insistent that the band was strictly hardware synthesizers and live rhythms," Thomas said. "Meaning no MIDI, no digital drums, no guitar, super-strict parameters."

An even more extreme paring down happens between the tape and LP versions of "Night Vision," which is shaved from 12:06 to 3:32. "Epic Gong" is about the same length on both releases, but it has a more refined and pointed arrangement on the LP version.

Hydropark began recording what was meant to be its second album in fall 2016, with most of the songs created in the studio rather than written in advance. But the restrictions placed on the debut LP were gone.

"After that first album, we went to Chicago to record with our friends Erik Hall and Elliot Bergman from Wild Belle," Thomas said. "Things really opened up in the studio and we loosened the parameters, including lots of guitars, woodwinds, percussion, ambient sounds, and, eventually, vocals. Somehow adding new elements actually made more space in our music. We pushed out of the kosmische/Neu! reenactment territory and some of our more punk or somber inclinations came to the surface."

But taken on their own, the songs on Hydropark (EP1) are a fantastic representation of Hydropark's latest evolution: New Wave-influenced songs that grab your ears with hooks and melodies. If Hydropark's previous releases were rooted in the experimental world of 1970s German Krautrock, Hydropark (EP1) nods to 1980s post-punk Britain. The opening track, "Dream It," is especially great, with Lymangrover's descending bass line providing a catchy countermelody to Thomas' vocals and Sipperley's synths.

"The three songs with vocals and the looser jam that ends the EP, 'October,' felt like they belonged together and also felt the most disparate from the other material," Thomas said. "Rather than try to awkwardly jam the songs together we decided to let EP1 be its own thing."

The vocals aren't awkwardly jammed into songs, either, and singing was always something Hydropark's musicians were open to exploring.

"The three of us initially wanted Fred to sing when we started playing together," Sipperley said, "but vocals didn’t ever seem to suit any of the songs we were writing. It wasn’t until we went to Chicago to record and mix with Elliot and Erik that we came to arrange some songs for vocals, and even then it felt like it was something we were trying out, in the same way we might have added any other instrument. None of us are particularly committed to writing more songs with vocals but that could very well change."

"Anything could happen," Lymangrover said, "but we expect to pursue life as an instrumental band following the EP."

Just another evolution for Hydropark.