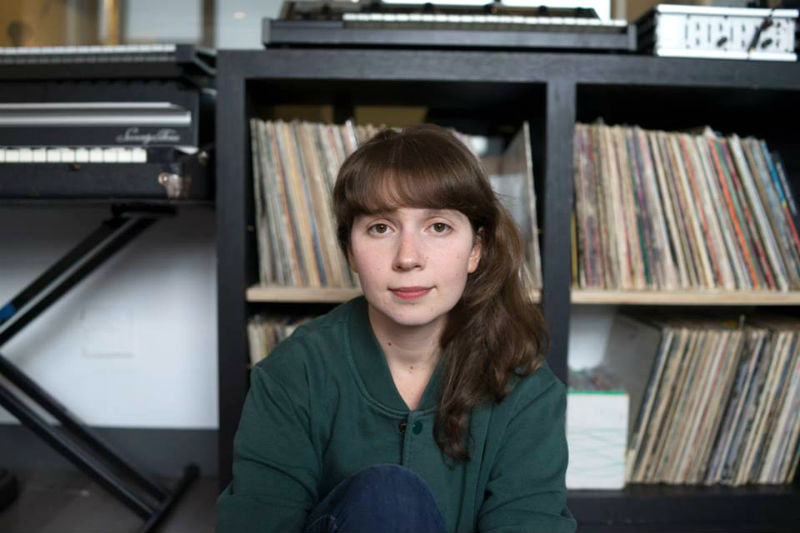 Estar Cohen returns to the site of her Live at Willis Sound album with a concert on March 2.

Serendipity isn't something that just happens; you have to work on putting yourself in a position to make it happen.

"On December 26, 2016, I recorded my piece 'Moments' with a string quartet live for The River Street Anthology Project at Cultivate in Ypsilanti," said the Toledo-raised, Ypsilanti-based singer. "Ben Lorenz of Willis Sound happened to be in the audience that night. He told me about a church he was in the midst of converting into a studio and invited me to hold a concert there."

That concert was recorded and released last year as Live at Willis Sound, the second album by The Estar Cohen Project.

"The Estar Cohen Project, formed in 2011, is a vehicle for my songwriting specifically," she said, while her fusion-tinged band Talking Ear is a collaborative project by musicians who first gathered at University of Toledo; her singing there is more akin to another instrument in the ensemble rather than that of a traditional vocalist. "[The Project] gives voice to my passion for storytelling through lyrics and highlights my great love of folk music as well as creative improvised music."

With nary a standard in sight, Cohen wrote all six compositions featured on Live at Willis Sound. Her songs are spacious, impressionistic, and generous, allowing her fellow musicians -- saxophonist Patrick Booth, guitarist Dan Palmer, pianist Josh Silver, bassist Ben Rolston, and drummer Travis Aukerman -- plenty of room for expression: The shortest song, "Mountain Road," clocks in at 6:03; the longest, "Knowing You," hits 11:02.

But one particular song from Live at Willis Sound has had the biggest impact on Cohen's career to date: "Endings" was submitted to the ASCAP Foundation's 2018 Herb Alpert Young Jazz Composer Awards, and Cohen was one of 15 musicians to win.

"The ASCAP Herb Alpert Foundation has provided me a monetary award that will be used toward my music," Cohen said. "I am currently developing ideas for a full-length studio album to be recorded this year."

She also gets to perform at the prestigious Newport Jazz Festival in August. But local listeners can see Cohen and Co. much sooner, on Friday, March 2, at the place that suits her wide-open music so well: Willis Sound. Chicago-based keyboardist-guitarist Rob Clearfield will open the night with a solo piano performance in support of his new album, Wherever You're Starting From. But then Clearfield will join The Estar Cohen Project for a set of her originals.

"Rob and I have not worked together before," Cohen said. "It turns out we have mutual friends and have worked with some of the same musicians. I am a fan of his music and reached out to him when I learned he might be coming through Michigan for a tour. I find it important and nurturing to my path as a composer/performer to seek collaborations with new and different artists."

The Estar Cohen Project plays Willis Sound, 8906 Meridian St., Willis, on Friday, March 2 at 8:30 pm. Tickets are $15 and should be purchased in advance as seating is limited. For more information on Cohen's music and educational work, visit estarcohenmusic.com.