WCBN's Local Music Show's (LMS) is a staggering live performance archive of southeast Michigan music stretching back to 2003 -- and that's not even a complete archive of the program.

"It seems like no one really knows when it started, but I think it was at least the mid-'90s," says Shelley Salant, a longtime LMS host. Offering an eclectic mix of both recordings and in-studio performances by area musicians, the show has become something of an institution not only at its host station 88.3 FM but within southeast Michigan's music community itself.

That institution has persisted through multiple personnel changes. Jason Voss has been a key player in the show either as a host or engineer since 2002, but he inherited the hosting gig from Saramin (who now hosts Beat the Bezoar on WCBN), who followed LMS creator Dan Banda. Voss temporarily handed hosting duties off to Dustin Krcatovich in 2005 and more permanently gave the reins to Salant in 2009 while continuing to be regularly involved as an engineer. Salant herself is now in the process of turning hosting duties over to Kayla Hensley. 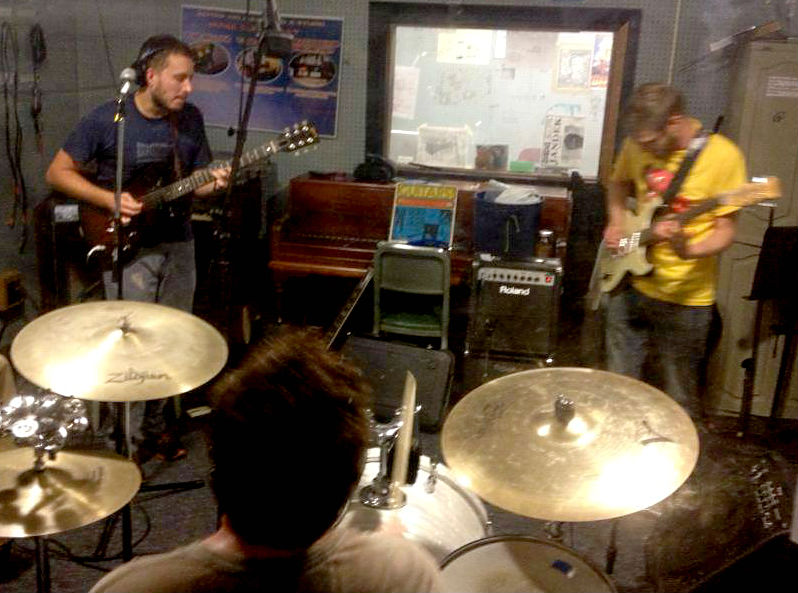 The rotating cast of characters is a testament to the way the LMS crew prioritizes local music over ego.

"I'm not really that into having my name or voice attached to it," Voss says. "I just think it's a good thing for the community so I'm happy to quietly engineer bands and do various background tasks like the Soundcloud page."

The mix of music on the show is diverse and a tad offbeat, ranging from rock to jazz to noise to folk.

"We really try to have a mix of different kinds of music and genres," Salant says. "We're just trying to play stuff that's a little weirder and doesn't get as much exposure anywhere else."

For Salant, the show is just another opportunity to evangelize for the varied music of our region. "There's just really great music being made in southeast Michigan, historically and currently," she says. "It's just really important to give a platform to current local music that people maybe don't have an opportunity to hear otherwise." 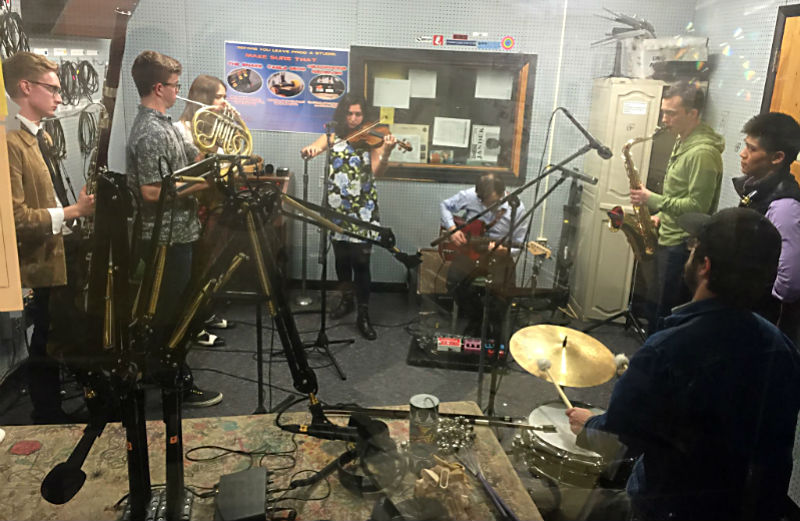 The LMS's regular in-studio performances are undoubtedly the most special part of the program. Voss says the show featured live bands once or twice a semester before he came on board, but he immediately started booking live performances weekly and the practice has stuck. The roster of past LMS performers includes local luminaries ranging from Detroit DJ Mother Cyborg to singer-songwriter Fred Thomas to the Afrobeat outfit Nomo.

But the LMS crew is most proud of the lesser-known performers.

Voss says that when he started the show, it was the main way for local music fans to hear bands without going to a show, so there was a sense of importance to exposing bands who might otherwise fly under the radar. Local music has become infinitely more accessible with the rise of Soundcloud and Bandcamp, but Salant says there's still something special about capturing great bands that might otherwise go unremembered.

"There's a lot of bands that are really great that don't last for very long," she says, noting Bitchcopter and Meshes as examples. "So sometimes it's fun to have new bands come on and they can get a recording -- not that they aren't necessarily going to last very long, but there's a lot of bands that the only document of them, the only recording that they have, is from when they played on the Local Music Show."

Voss echoes that sentiment, noting that he enjoys the "roughness and energy" that comes across when the show books a relatively new band. Salant says there's a "certain amount of spontaneity" about the show in general that has resulted in a variety of striking moments over the years -- like when the power at the studio went out completely during a performance by psych-folk multi-talent Patrick Elkins.

"It was night, but it was also in a basement, so it was completely pitch black and they just kept going with their song," Salant says. "It was acoustic guitar and singing and I think there was a trumpet, and that was really nice. They just played through the power outage."

Elkins himself recalls some entirely different notable performances from the "20-plus times" he estimates he's played the LMS. One time, he recalls cooking up pancakes on a hot plate for DJs and station guests. On another occasion, which he describes as "the worst performance" he was involved with on the LMS, "one-half to four-fifths of the band didn't show up and was thusly replaced with members of another band who had played on the LMS earlier that night."

Elkins expresses deep appreciation for Voss and Salant's work on the show. "I think the LMS is an amazing asset to the local music community as it provides musicians with the experience of getting to hear their peers and themselves transmitted across the airwaves," he says.

Voss is more humble in his own appraisal of the LMS's importance. "I think it's a little bit under-appreciated or unknown," he says. "You don't get a lot of feedback so it feels like yelling into the abyss from the DJ perspective."

But Voss has no such ambivalence about what LMS's mission.

"The show networks together a pretty wide range of local acts and is kind of in the background showcasing southeast Michigan as the best place for music," he says. "Live music on the radio is still the main focus though. It has a special quality that is rare in our modern dystopian mediascape."

"The Local Music Show" airs live every Wednesday, 9 pm-11 pm, on WCBN 89.3 FM. The bands playing the show aren't usually mentioned too far in advance, but they are listed on the program's Facebook page.