Catch-"13": A2 author Michael A. Ferro's new book is a satire & character study of Midwest Americans 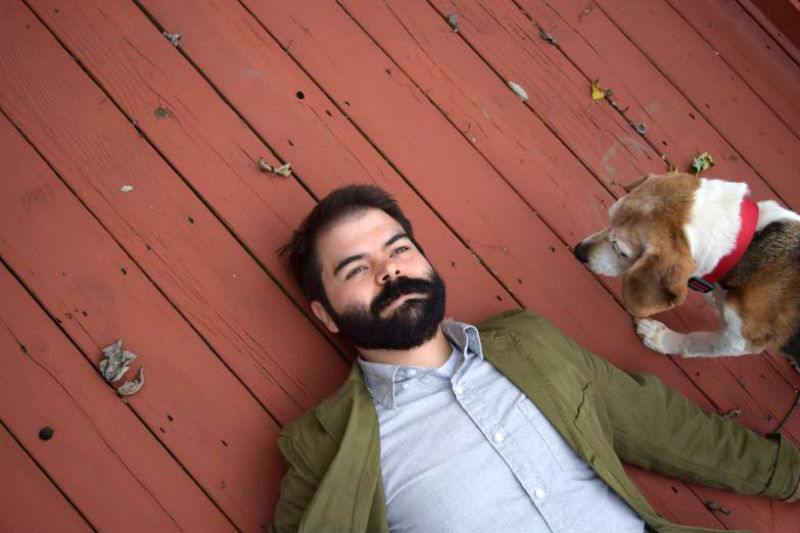 “It started when I noticed that I couldn’t see out of my left eye,” Ferro says. After a visit to the emergency room (following a quick stop to Google the symptoms), the Ann Arbor-based Ferro learned he had Central Serous Chorioretinopathy. This disease largely strikes men between the ages of 30-50, and while its exact cause is unknown, it's believed that stress plays a major part -- for instance, the enormous stress and hard work associated with publishing a book.

On the positive side, that stress and hard work produced a spectacular debut novel called Title 13.

While the "13" in the title doesn’t correspond to the notion of bad luck often associated with the number, Ferro says it “easily could” but that “it's because one of the first things you learn in the story is that 37 pages of sensitive Title 13 information have disappeared from the government office the main characters work at. Title 13 information is the classified information that is collected and used by the U.S. Census Bureau. All civil servants who work for the Census must be sworn, for life, to never divulge any information they learn about the public, under strict penalty.”

The title seemed risky at first Ferro adds, because “it obviously doesn't make much sense right off the bat. Plus, I had this terrible feeling that potential readers would think it was a sci-fi adventure, like Plan 9 From Outer Space or something. In the end, I think you noting that 13 being an unlucky number really does play into the focus of the novel well -- I hadn't really considered that! Heald Brown, my protagonist, certainly has lots of luck -- unfortunately for him, though, it's mostly bad luck.”

Ferro hopes readers pay particular attention to Heald's mind-frame and the physical and mental context with which some of the events happen. “Title 13 is full of absurdities, at least for much of the first half, but there's a very distinct reasoning behind everything," he says. "There are small details here and there that I wanted to plant for readers to discover. I've always been a very close reader and found it immensely rewarding when I caught a little nugget of something that helped to enrichen the story as a whole.” 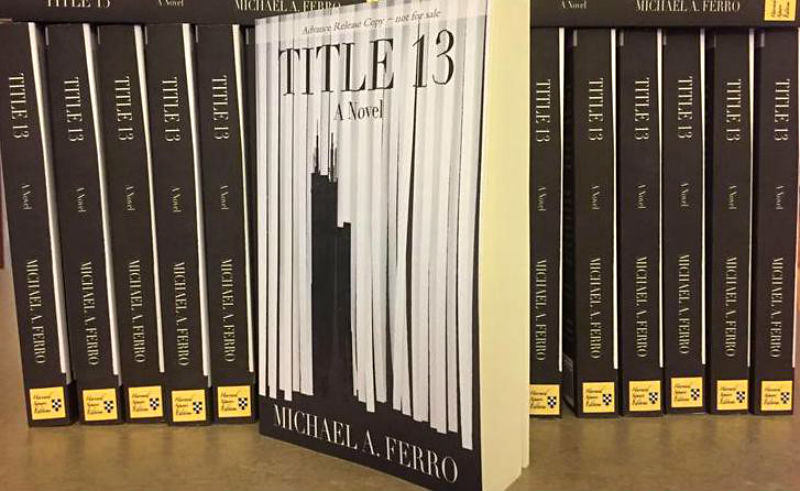 The inspiration for the novel came from Ferro’s love for satire and exploring the political divisions in our country. “I aimed to write a novel in the vein of Catch-22 and The Sellout," he says, "which combined satire and gritty, emotional realism.” As Ferro watched divisiveness grip our country, he says he “developed a grim feeling toward our future. Title 13 just became an amalgamation of all my fears against the things I had seen becoming an adult within a nation that had pretty much split after 9/11 and then tanked into a massive recession.”

While writing the book in 2013 and 2014, Ferro saw government shutdowns, protests against President Obama, the rise of the Tea Party and “birtherism” and “got a sense that something was drastically wrong in this country. Much of Title 13 revolves around my protagonist Heald Brown's observations of this happening in 2010, but also in the larger sense of growing apart from society altogether. His alcoholism is slowly consuming his mind and the resulting loneliness is the real crux of the novel -- despite being more connected with our fellow man than at any point in history, we are increasingly becoming more desolate and much lonelier. Of course, Title 13 is a satire, too, so there's plenty of humor to go with the heart, but at its core, it's a character study not only of Heald himself but of we as Americans, especially here in the Midwest.”

Currently, Ferro is embarking on a whirlwind press and publicity tour, but he has plans for his next book, which will “likely be about a post-Trump Midwest, what it looks like, how we reconcile with each other. I'm biased, but I believe the Midwest is the most interesting section of our country. We have such a hodgepodge of people, cultures, and races; there are more stories to be told here than ever before. And as we learned in the 2016 election, the Midwest shall not be trifled with -- our voices, for better or worse, demand to be heard.”

Ferro will be officially launching Title 13 at Literati on April 4 at 7 pm. He will also be reading at the Westgate branch of the Ann Arbor District Library on April 10 at 7 pm as part of the new "Emerging Writers Presents: Local Writers Live" series.

Since the book’s release, Ferro has enjoyed much success and adulation from readers. So was it worth the stress and health problems to have the book published?

"People have asked me that before and I always respond to them in the same way: 'WHO SAID THAT!? Who's speaking!? I can't see anything!'" Ferro laughs. "I might as well have fun with it. Life is too depressing when it's not completely absurd."