EMU's production of “Detroit ’67” brings the past into the present 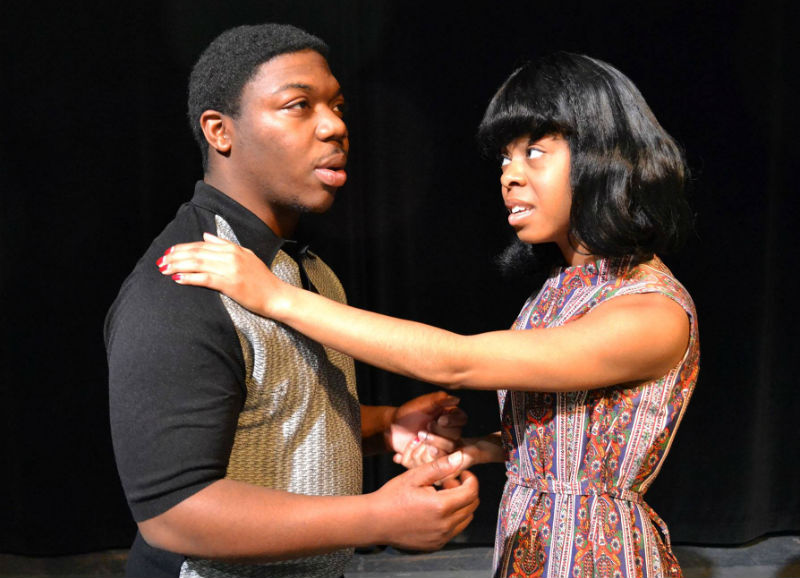 Historical events, when presented as a series of statistics and dates, have far less impact on us than they do when integrated into a human story.

This is why, of course, history is the backdrop for so many movies, plays, television shows, and novels. These entertainments let us briefly experience what it was like to be living when a specific historical moment was unfolding around us. And most recently, in our own backyard, the 50th anniversary of the 1967 Detroit Riots/Rebellion -- depending on who’s telling the story -- spawned a number of creative works that helped us revisit this pivotal moment in the Motor City’s history.

University of Michigan graduate (and Detroit native) Dominique Morisseau got a bit of a jump on things, premiering her play, Detroit ’67, in New York in 2013. The drama -- now being staged by Eastern Michigan University’s Theater Department -- won the 2014 Edward M. Kennedy Prize for Drama Inspired by American History, and ended up being the first in a Morisseau-penned trilogy focused on Detroit’s past. (Paradise Blue and Skeleton Crew were the second and third.)

But helping audiences go back in time, to a particular place, requires attention to detail, so expect to hear Motown tunes; spot script-specified images of Muhammad Ali, a black power fist, and The Four Tops on the walls; and see clothes and appliances from the play’s era. “We have a washing machine with a crank on top that I swear was on my mother’s porch back in 1962,” said EMU Theater Professor Wallace Bridges, who’s directing Detroit ’67.

The story focuses on a brother and sister, Lank (Darien Vaughn) and Chelle (Tayler Jones), who have just inherited their parents’ home. They decide to host an after-hours club in the basement for extra income -- an unlicensed venue for so-called “blue light parties” -- but while Lank aims to buy and run a legitimate bar, Chelle only wants to support her son at Tuskegee. Plus, when Lank and his best friend Sly find a badly beaten white woman, Caroline, stumbling around on the street one night, they take her in and let her recuperate and work in the basement. But more conflict arises as Caroline and Lank start to grow close.

Bridges and his cast recently had the opportunity to talk with Morisseau via video chat.

“She said that some of that play is semi-autobiographical,” said Bridges. “[Chelle’s friend] Bunny, in particular, is a compilation of a couple of her aunts, and she said that she remembers hearing about blue light parties. … She also talked about reading August Wilson’s 10-play series, which was mostly about the black experience in Pittsburgh throughout the 20th century … and because of that, she was inspired to write three plays about Detroit.”

There was one thing in particular, though, the playwright wanted in regard to Detroit ’67.

“She said she’d always wanted to see a Detroit basement on stage,” said Bridges. “At first, it’s a shelter, a place to go, but by the second act of the play, it becomes more like a crisis shelter, or a bomb shelter.”

Bridges has been teaching the play in his courses for a couple of years now, so he (and his students) had studied its themes and characters closely before ever bringing it to the stage.

“Some of our students are from Detroit, so it’s very relevant to their own experiences,” said Bridges. “Many had family members in the city at the time of the riots. … And the whole idea of police abuse is obviously still a very contemporary topic. It’s an aspect of the play that’s really relevant to students, and it’s relevant to me.”