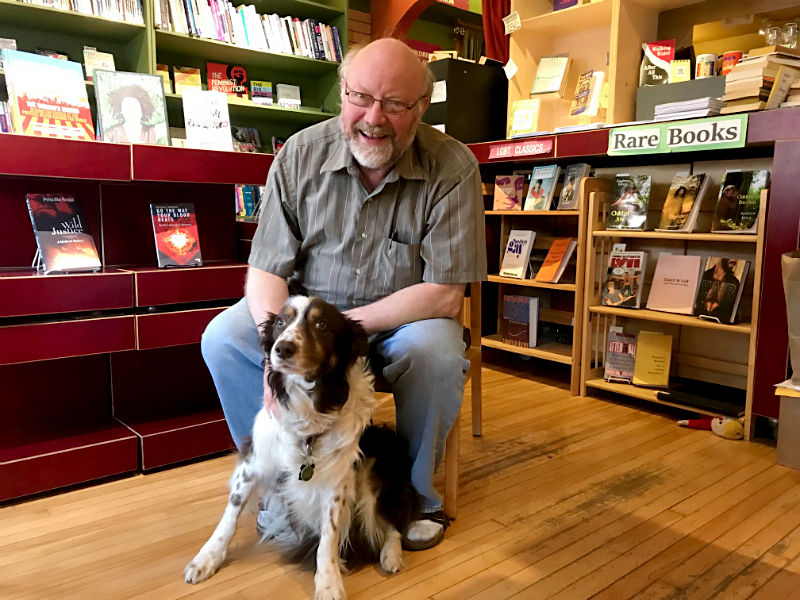 The internet shows us the good, the bad, and the horrific of human nature.

You can find every kind of hate group imaginable, people telling other people to kill themselves, tweets that destroy your soul. It can be easy to forget that most people are good; it sometimes makes you want to throw your computer into the Huron River, rip the router out of the cabinet, and live under a tinfoil hat.

But every now and then something phenomenal happens.

Something like the thing that happened to Ann Arbor's Common Language Bookstore this past month.

The LGBTQ and feminist bookstore opened in 1991 and was purchased by husbands Keith Orr and Martin Contreras in 2003. It has been located in Braun Court next to \aut\bar (also co-owned by Orr and Contreras) since 2005. Like many small businesses and bookstores in recent years, Common Language has faced a decline in book sales.

On April 11, Orr sent out a message on the store's Facebook page that read:

No book sales today. Fortunately, we sold a couple of cards and a couple of t-shirts...so there is that. I bet there is someone out there thinking about buying a book. Stop. Don't type in the URL to that mega-corp place that doesn't care if you buy a widget or a book. Stop over at www.glbtbooks.com and order from a queer-owned local shop that supports the same values as you.

Within a few days, Orr realized this was not an ordinary post. Online orders started rolling in on April 16, prompting Orr to post an update on Facebook saying a “pretty amazing thing (was) happening.”

That amazing thing was a repost of Orr’s April 11 message on Tumblr by user @dadrielle. Her message read:

I saw a sad Facebook post from the gay bookstore back in Ann Arbor where I used to live about how they hadn’t sold any books that day so I went on their online store and bought a couple, and while you don’t get #deals like elsewhere online, I’d love it if y’all would consider buying your next gay book from them instead of like, Amazon.

More than 94,000 people liked and over 95,000 reblogged her post. The post then made it back to Facebook, to Instagram, and was shared over and over. Since that post a week ago, the bookstore has had over 1,000 online orders for books. Orders are coming in from everywhere from Manitoba to Mississippi. Employee Kevin Sharp reports that someone from Finland messaged to ask if they could ship a book to him overseas (they can!). 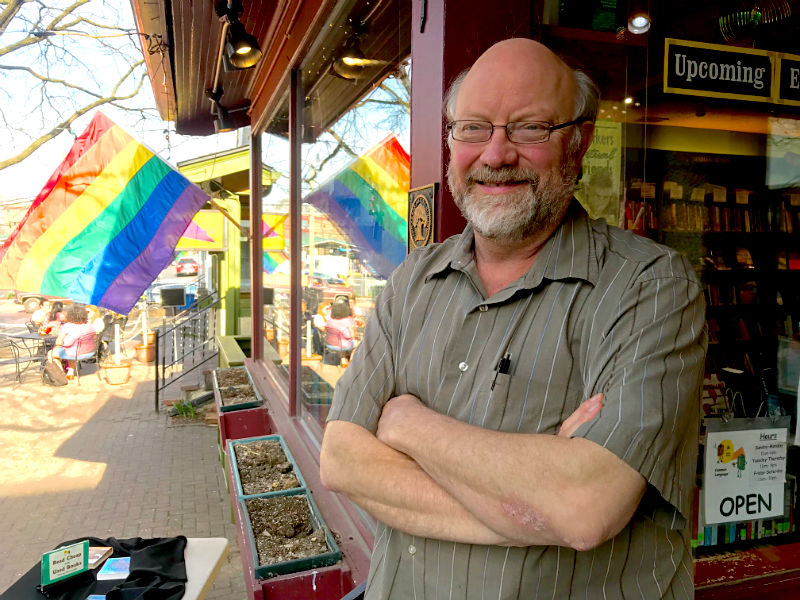 Along with the orders, customers are sending what Orr calls “incredibly supportive messages.” People have thanked Common Language for creating a safe space, wished for them many more years in business, and expressed thanks for keeping up the fight for equality. Of course, many people requested more pictures of shop dog Duke or asked staff to give him a belly rub (he got them!).

In addition to the surge in online orders, Common Language saw its Instagram followers increase 500% and Facebook followers increase threefold. Orr says that his recent posts on Facebook have reached over 33,000 people, received more than 1,000 reactions, and had hundreds of shares.

The impact is not limited to online sales. “In-store purchases are also on the uptick," Sharp says. "We had over $700 worth of sales this past Saturday.”

And the influence of this viral post impacts more than sales, Orr says: “A man who recently came out as bisexual walked in yesterday and said that he has lived and worked in Ann Arbor for four years but heard about [the store] from a friend in Japan who heard about us on Tumblr.”

Orr believes that LGBTQ and feminist bookstores like Common Language are important now more than ever.

“The bookstore has the same primary mission as the bar where our primary mission is not serving food but rather providing safe spaces for the LGBTQ community," Orr says. "With the advent of marriage equality and other protections, people sometimes say things to me like, ‘Safe spaces -- how quaint!’ But since November of 2016 people have realized that safe spaces are still important. We are in an era where things are being threatened -- free speech, science. Books are a way of transferring knowledge and so feminist and LGBTQ stores in many ways are at the forefront of the battle against the denial of science, the denial of rights to all people. We stand for those things in a way that a megacorporation just does not.”

Orr hopes that the momentum continues both online and with the physical store.

“We’d like to use this as a springboard for more events or future book clubs," he says. "One of the things many people have suggested is an online book of the month club; I’d like to be something more than that. I want our online presence to have the same mission that we have here at the store -- where we’re not just a place where you can order books online, but to create a community. People online could share their opinions, talk about the book, and then make suggestions for other books people might like.”

This is the sort of thing that Orr loves to see in Common Language.

“Whenever there are more than a few people in [the store], I see interactions like that and think, ‘They’re doing my job!’ It’s great to see the fellowship of readers out there … all people who are readers recognize that not everyone is a reader so when you find the fellowship that’s an important thing.”

Common Language Bookstore, 317 Braun Ct., Ann Arbor, is open Sunday and Monday from 11 am-6 pm, Tuesday-Thursday 11 am-9 pm, and Friday and Saturday from 11 am-10 pm. Visit glbtbooks.com for online orders and more info.