Get Away With She: Nellie McKay wants to escape from it all 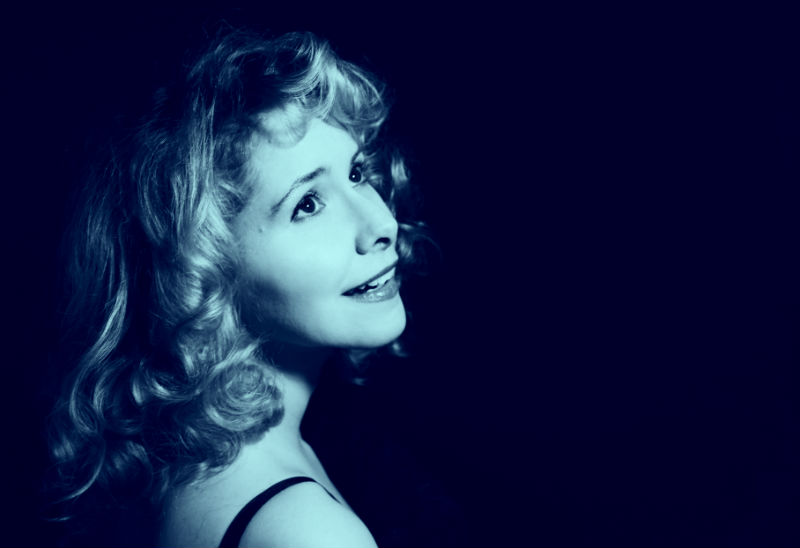 This story was originally published on May 9, 2018, ahead of Nellie McKay's May 13, 2018, concert at The Ark in Ann Arbor. McKay is returning to The Ark on Monday, November 19 in support of her new 8-song EP, "Bagatelles," which you can hear below in addition to her 2018 LP, "Sister Orchard."

Nellie McKay often seems like she’s at a loss for words.

During our phone conversation to promote the pianist-singer-songwriter’s show at The Ark on May 13, her answers were often preceded by a swarm of ums, uhs, I means, and various other utterances. And when McKay did get to the answers, it wasn’t necessarily in response to my questions, instead offering long vignettes about politics and the stark realities of being a full-time musician.

But once McKay strikes a piano key, everything flows. Words stream from her gorgeous voice with confidence and warmth. The quirkiness that defines her conversations gives way to sass and power, and listeners get invited into her world -- which is not of this era.

Evoking a mix of Katherine Hepburn and Blossom Dearie, McKay would have been a dual-threat movie star and popular singer in the 1940s, ‘50s, and ‘60s. Her first two albums, Get Away From Me (2004) and Pretty Little Head (2005), are double LPs with modern elements and chock full of smart and funny original songs. She was tagged as being “Eminem meets Doris Day” by the press, but she’s closer to the latter in spirit. Her 2009 LP, Normal As Blueberry Pie: A Tribute to Doris Day, makes that connection clear and shifted McKay’s recorded music from originals to interpretations of classics. She followed up the Day LP with 2010’s Home Sweet Mobile Home, which has 13 McKay originals, her 2015 album, My Weekly Reader, explores 1960s songs by The Beatles, Small Faces, and Frank Zappa, but her new album is all covers.

The beautiful Sister Orchid features 10 songs by the likes of Hoagy Carmichael, Duke Ellington, and Bob Dorough. It’s primarily McKay and her piano (or ukulele), evoking the shadowy ambiance of an imaginary piano bar that sits outside our current time, an alternate universe where listeners can escape today’s reality.

Since McKay has been such a prolific and talented songwriter, her focus on interpreting others’ tunes might seem like she’s battling writer’s block, but for her it's something more basic.

“Circumstance," she said before taking a long pause and launching into a story that made sense during our chat but not so much in writing. "It would be nice to be able to write original music but I just ... You know there’s that famous guy who works on the subway? Is it in New York or is it in Argentina? He might be from Argentina, and then he writes. Apparently he’s a really good writer. You know, I mean ... I don’t know how people, I mean, you know ... Thelonious Monk used to work with the piano hanging out of the kitchen, as I recall. I don’t know why I felt pretty puny, but, you know, it just doesn’t seem to happen that way.”

In case that answer isn’t clear, she’s saying that it’s more economically smart for an artist to give listeners the songs they know instead of originals unless the musician can also work another job to pay the bills.

"Money. To do anything else, say, to go to medical school. That kind of time, that kind of debt. I don’t know what else to do. That said, there can be a wonderful feeling of commune with an audience. If we had a universal basic income, singer payer healthcare, universal childcare -- if one could exist to a reasonable degree without a career ... there’s just a lot of responsibility at home. Homemaking, caregiving. But there’s no money in that. The least valued work is the most essential.”

McKay still writes original music, but the songs are usually presented in her biographical concerts about Barbara Graham (the third woman executed at the gas chamber in San Quentin), Rachel Carson (the environmental activist), and Billy Tipton (a transgender jazz musician). Last year McKay was working her way through a song cycle about comedian Joan Rivers. But to record and tour behind albums with these themes is impractical for McKay right now.

The other issue is that McKay hasn’t found the right situation that will allow her to “get away from it all” and write more, she said. “That doesn’t even necessarily mean you have to get away from it all. There’s just some things. You need a diner. And that is impossible, too. It just feels like that’s not gonna happen.”

A diner. The nearly lifelong New Yorker wrote Get Away From Me as a 19-year-old in Harlequin Studios, which was above a now-shuttered Howard Johnson’s restaurant at 46th and Broadway.

She needs a spiritual diner, a place to “to turn off, tune out, turn on, but not in the way of the everyday,” she laughed. “There’s always duty, whether it’s professional or at home. I don’t know how, yeah, so. There’s always a checklist every day. By the time you’re through with the checklist, you just want to watch a movie.”

Sister Orchid is named after a 1940 crime comedy with a strange twist. “There’s a wonderful film called Brother Orchid with Edward G. Robinson. Highly recommended. It’s a gangster tale of redemption through flowers. It’s never been done before or since, to my knowledge.”

But McKay’s album doesn’t seem to be about redemption so much as it’s about the power of songs. To gather the tunes for Sister Orchid, McKay said, “We started going through songbooks, and by the end of the first pile of books, we had over 100 songs, so we just stopped. We started recording a little less than half of that. We recorded 21 songs and 11 were put on the album.” (Rodgers and Hart’s “My Romance” opens and closes the record.)

McKay’s turn toward interpretation is also notable because in the January 2006 issue of JazzTimes magazine she said she had no desire to play standards.

Asked whether there were jazz standards she’d consider interpreting, the singer paused for a pregnant seven seconds. “None that haven’t been done better before,” she finally replied, before citing a few favorites, including “I Cover the Waterfront,” “The Very Thought of You” and a song about New Orleans whose name she couldn’t remember.

When asked why the change of heart, McKay said, “Necessity."

Those three nouns may have birthed Sister Orchid, but there’s a fourth reason that is somewhat surprising considering how political McKay has been in the past, whether it’s supporting PETA or denouncing American imperialism in song. When asked if she’s writing any political songs considering the current environment, McKay gave an answer that didn’t fit the question.

“There’s a vast ignored underclass that’s going to result in more and more outlandish figures being elected. It’s a sinking ship we’re on and it has been for a very long time -- long before Trump. It’s an empire in decline with the ability to blow up the world many times over.”

She talked politics for a long while before swinging back and answering the question:

“This is gonna go on. I don’t think a song is gonna change that. We need mass movements of civil disobedience.”

In other words, she’s unsure if politics belong in her music because she’s not sure listeners want it.

“My failings as an entertainer can sometimes become apparent. You’ll hand out a flyer or an article at a show and you realize by the number of crumpled up wads of paper under the seats, that isn’t what people come for. Music can be a beautiful escape. I’m not good at that.”

Actually, she is good at it, as Sister Orchid proves. And she's really good at political songs, too: Check out the anti-animal-testing tune “Columbia Is Bleeding” from Pretty Little Head.

But right now, McKay seems to be all about “the idea of getting off the grid,” she said, before telling a story about how World War II and McCarthyism inspired film noir, which in turn elicited Sister Orchid.

“I would say that noirish outlook,” McKay said. “That wishing you could just hit the highway and escape so-called civilization is as strong now as it was in the late '40s.”