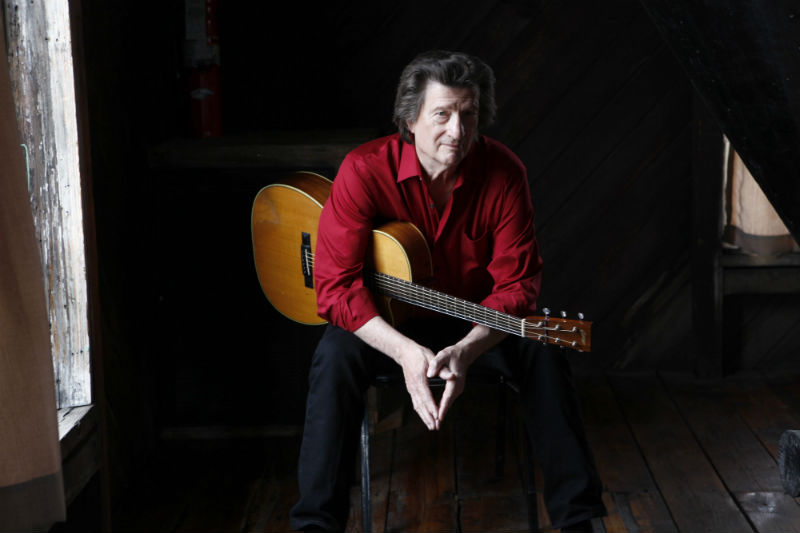 The first time I heard Chris Smither I was on a road trip from Ann Arbor to Alabama, helping my cousin move so she could begin her master’s in creative writing. It was late at night and we were somewhere in Kentucky or Tennessee. There were no other cars around and the road kept curving and curving. The windows in the car were down and the muggy air was streaming in. We were feeling slow and sleepy, so my cousin put in Chris Smither’s CD #Leave the Light On#. I heard Chris Smither’s voice for the first time: low and rough, singing, “If I were young again / I’d pay attention / To that little-known dimension / a taste of endless time / it’s just like water / it runs right through our fingers / but the flavor of it lingers / like rich, red wine.”

It’s almost impossible to describe the full effect of good music, music that reaches deep. But I can tell you that I started thinking about time that night in a way that I hadn’t considered before. When you’re young, time feels endless, and what a privilege that is.

We listened to that song on repeat for the next hour, and maybe the next, and we kept discovering new gems: the dip in Smither’s voice here, the sigh of his guitar there. And then, when we felt almost like we couldn’t drive on, we listened to “Origin of the Species,” and just as we were taken down low, we were rocketed back up with the Smither’s wit, with the hilarity of his version of the big story. “Well, Eve told Adam, snakes? / I’ve had ‘em! Let’s get outta here! / Go raise this family someplace outta town / They left the garden just in time / with the landlord cussin’ right behind ….”

And that’s the blues, isn’t it? They show you that great deep sadness that life gives you, but they also know how to keep you moving forward. The best blues artists tell you something sad about life and then they tell you that they’re still singing.

With memories of my trip rekindled, I jumped at the chance to see Smither perform at The Ark on May 12. I wanted to see if this person who I’ve idolized would hold up in concert, in person.

He did, of course.

Smither had no opener. He came out dressed like Johnny Cash, simple jeans and a black shirt, greeted the audience warmly, and started playing. Although he did tell stories between songs, Smither performed without a break for a couple hours. The Ark was a perfect fit for Smither's humbleness, providing an intimate space for him to open wide emotions for the audience. Many of his songs deal with past relationships. He played one that he said his mom would’ve hated. Smither explained that his mother always said to him, “Can’t you just play me something sweet? Like a love song?” To which Smither would reply, “But mama, that was a love song!”

One of the best things about seeing Smither in concert is getting to hear his textured voice, which is one of my favorite sounds on Earth. I was also happy to see that a lot of Smither’s new songs don’t shy away from politics. Smither mentioned Trump, the Catholic Church, and issues with the minimum wage in a few of his tunes. He also spoke at length about the process of writing songs and how difficult that can be. But clearly Smither is more than able to compose; he has come out with more than 15 albums, the first one from 1970. All of Smither’s music is a mix of blues, folk, and rock, and it has pieces of influence from everywhere. Smither spent a lot of his childhood in New Orleans, and you can certainly hear a twinge of New Orleans style in his songs, especially in ones like his “fruit and vegetable” song, as he calls it, where he mimics a vegetable seller who used to drive by him in the street of New Orleans.

It’s been quite a few years since I first heard Chris Smither on that road trip. And really, those years have blown by in such a rush. And now, I am getting ready for my own trek down to Mississippi for a graduate program in creative writing. It feels right then, that I got to cover Smither’s concert here at The Ark. It feels like Smither’s is seeing me off, telling me to remember and take my time.