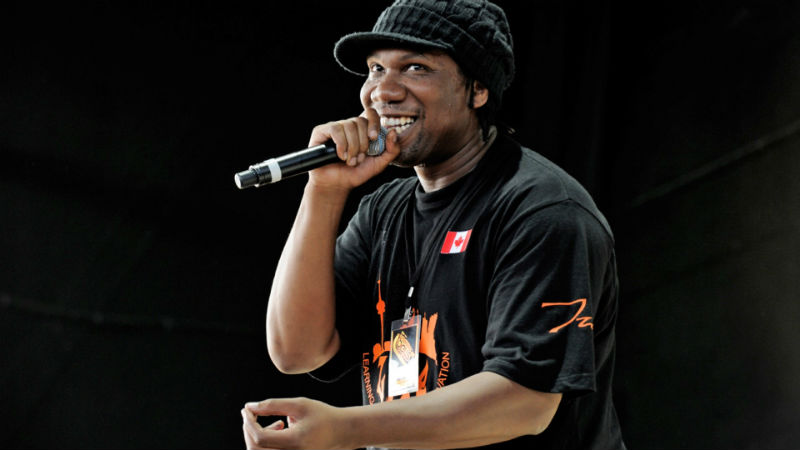 KRS-One is a hip-hop legend. The man born Lawrence Parker left home at 16 to start making music and experienced a lot of hardships, including homelessness and the death of his friend and Boogie Down Productions cohort DJ Scott La Rock. After La Rock died, KRS-One stopped rapping about drugs and violence in favor of more politically conscious material, and he also led the Stop the Violence Movement. KRS-One persevered through the adversity and has released more than 20 albums and three books.

The crowd was buzzing as early as 9 pm before Knowledge Reigns Supreme Over Nearly Everyone's May 23 show at The Blind Pig. KRS-One didn’t play until around 11 pm, but several hip-hop artists took the stage for the first couple hours. My favorite was Ann Arbor's own Nickie P, who rapped about love and loss and the importance of respect and honesty in relationships. Another Ann Arbor MC, Duke Newcomb, took the stage and immediately connected with the audience, saying 15 years ago he was one of us, one of the audience members at a KRS-One show, thinking he was too old to start rapping. "Remember that tonight I am you," he said. "You are me."

I was impressed at how hype the opening acts, including Detroit's Clear Soul Forces, were able to keep the crowd. All of the MCs were absolute experts on holding the audience rapt in attention song after song.

Everyone was insanely excited to see KRS-One hit the stage. The crowd, mostly men in their 20s-50s, knew all of his songs and lyrics, and people were happy to chant along with the rapper throughout the show. My favorite KRS-One song of the night was “Sound of Da Police,” which he started off by having the audience chant, “Fuck the police.”

At the end of the show, KRS-One let the audience know that he doesn’t just “roll through town,” he always likes to interact with young MCs and give them a chance to impress. KRS-One invited anyone who wanted to rap a few bars onto the stage and 20 or so people went up. It was amazing to see KRS-One supporting his community of MCs and it was great to see so many different hip-hop styles represented at the end of the show.