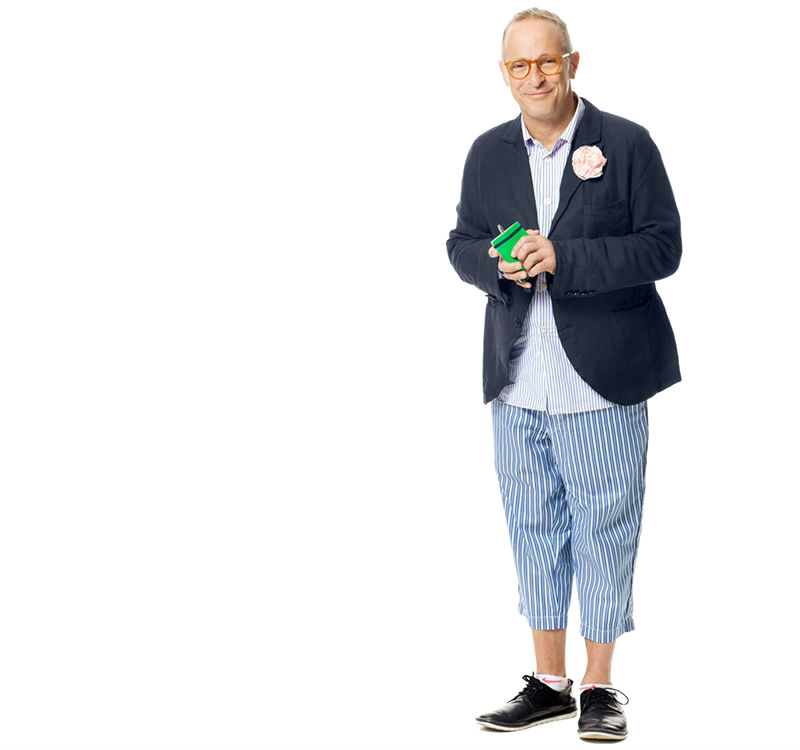 David Sedaris was his usual charming, generous self when gave a packed reading on Friday at Literati Bookstore in Ann Arbor in support of his new book of essays, Calypso. And, of course, he was hilarious, telling dirty jokes, cursing, and plotting revenge on his West Sussex neighbors.

In Calypso, Sedaris has returned to the humorous essay form with which he’s made his reputation. His siblings, parents, and boyfriend, Hugh -- familiar to long-time readers -- appear once again. But many of these essays are darker in subject and tone than Sedaris’s previous work. They describe aging, illness, and the unexpected death of his sister, among other things. In the book’s first sentence, Sedaris announces, “Though there’s an industry built on telling you otherwise, there are few real joys to middle age.”

Sedaris didn’t read that essay on Friday, but he did read the text of a commencement speech he recently gave at Oberlin College, which touched on similar themes. Encouraging young writers to pursue their vocation (at any cost), he said, “At 22 you are built for poverty and rejection. And you know why? Because you are so good looking.” He also said: “Be yourself. Unless your self is an asshole.”

To accommodate the crowd, Literati had remained closed all day while staff carted off the tables, shelves, and, of course, books, that usually crowd the main floor of the shop. In their place, a few dozen chairs had been arranged in the shape of a crescent, with Sedaris, in blue-striped culottes and a patterned tunic, stationed at its center. Before and after the reading, he signed books, chatting lightly with every one of the readers who made their way over to him. Some of them he even presented with small gifts; a teenage boy happily received a pair of socks.

Sedaris read a few brand-new pieces as well as an essay from Calypso, “Untamed,” in which he describes a wild fox that began hanging around his and Hugh’s country home in West Sussex, England. They named her “Carol,” and she came back, again and again, because they -- or David, really -- left food out for her. “In pictures she looks like a stuffed animal,” he writes. “In my favorite photograph she’s outside the kitchen door. … It’s actually Hugh who took the picture, so the expression on her face says, ‘Yes, but where’s David?’”

The one sour note of the evening came when Sedaris appeared to mock the idea of microaggressions. He said that often when he is meeting readers, he will ask if they have met before. Sometimes they have, sometimes they haven’t. Once, he asked a young Korean-American woman whether they’d already met, and she responded, "No, although I know all of us Asians look alike." Sedaris had clearly been bothered by the remark. “Not everything is a ‘microaggression,’” he said. “Sometimes people make mistakes” -- as if the two were mutually exclusive. The almost entirely white audience laughed.

A brief Q&A session followed the reading. One audience member asked Sedaris for reading recommendations. In response, he mentioned Otessa Moshfegh’s forthcoming My Year of Rest and Relaxation, Michael Chabon’s Manhood for Amateurs, and Meg Wolitzer’s The Female Persuasion.

Then it was time to sign more books. “If you’re pregnant or have a cane,” Sedaris said, “you can come to the front of the line.”

Natalia Holtzman is a book pro with the Ann Arbor District Library and a freelance writer.