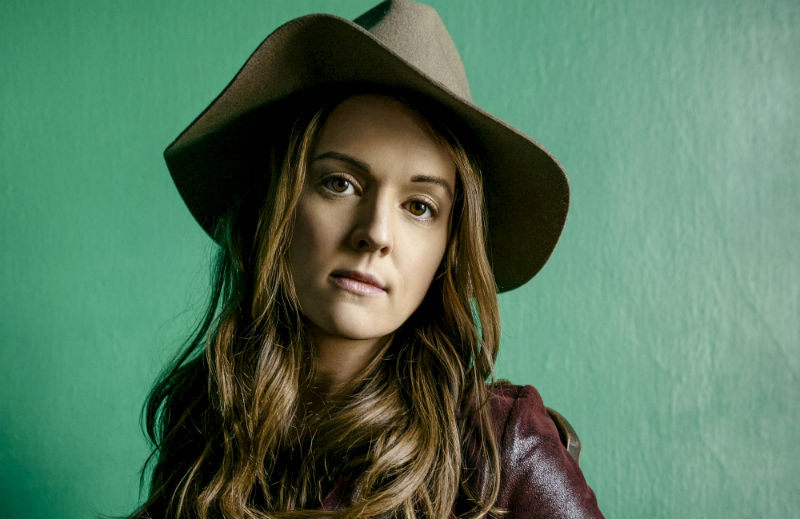 Her voice has so much power and force it’s like something shot out of a cannon -- except that there’s subtlety there, too, and nuance, and many different shades of feeling.

At her June 9 show at the Michigan Theater show, co-hosted by The Ark, Carlile played to an ecstatic, sold-out audience, showcasing the power of her voice and the force of her backing band.

From her first album (Brandi Carlile) to her most recent (By the Way, I Forgive You), Carlile’s songs have reckoned with late nights, stiff drinks, and love affairs gone wrong -- or, occasionally, right. But in Ann Arbor, Carlile explored a different side of herself, a more grown-up side. If there was a theme to the show, it was parenthood.

Carlile spoke candidly about the birth of her daughters. “The baby comes out,” she said, “and I feel nothing! Nothing but … doubt!” Carlile came to parenthood somewhat later than her siblings did, and she and her wife didn’t have a lot of gay friends around to offer them advice. “Straight people constantly try to lure you into having kids,” she quipped; it’s as if they’re saying, “Come on in, the water’s warm!”

Carlile performed with Tim and Phil Hanseroth, twin musicians she’s been with from the start, as well as musicians on piano, French horn, drums, and strings. They played a clean, tight set, fantastically in synch with each other. They killed on hard-driving songs like “Raise Hell” and “The Story” (which the audience sang along with), as well as on slower, more melancholy songs.

The highlight of the show was hearing Carlile’s three-part harmonies with the Hanseroth twins, which can be hair-raising, bone-chilling. Carlile remarked on her own love of those harmonies, explaining that they were finally “getting to play the music we always wanted to play.”

Later in the show, Carlile and the Hanseroths set down their instruments and stepped to the front of the stage, out in front of all the microphones, amplifiers, and other equipment. The rest of the band melted away. In a gorgeous three-part harmony, they sang “Cannonball” a cappella, without any amplification. The effect was spellbinding, only testifying to the power of their voices, the tight force of their harmonies. In the midst of one long, sustained note, an over-eager audience member screamed from the balcony, “THIS IS PERFECT!” A moment later, he acknowledged his interruption with a second one: “I’M SORRY,” he screamed.

Later still, Carlile asked her audience, casually, “Do you guys mind if I try something I’ve never done before?” We didn’t mind. She proceeded with a lovely version of Joni Mitchell’s “A Case of You,” with piano and strings, that seemed more rooted in the earth, somehow -- in the dirt -- than Mitchell’s otherworldly original.

“So this is the happiest I’ve ever been in my entire life,” Carlile announced, listing her family and band as major contributors to that happiness, and “certainly not politics.” At least at that moment, the crowd seemed to match her mood.

Natalia Holtzman is a book pro with the Ann Arbor District Library and a freelance writer.