Performance as Art: The Black Opera at Top of the Park 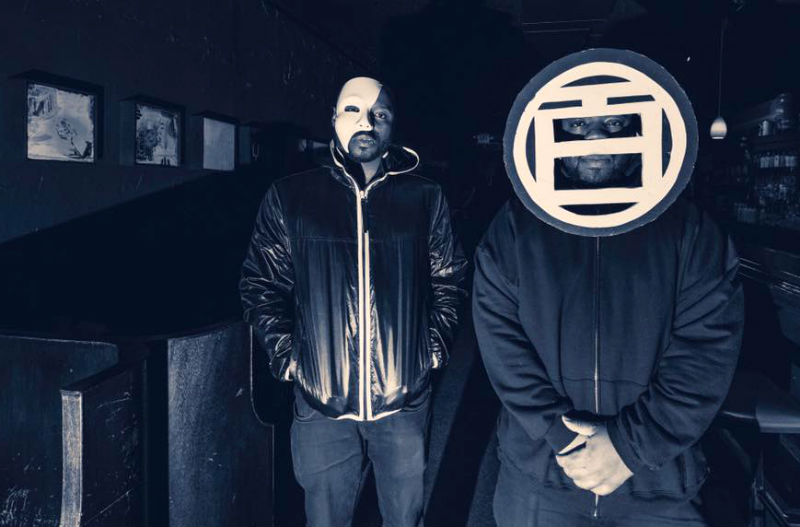 You know you're onto something unique when you can count both Deepak Chopra and Snoop Dogg as fans.

The Black Opera, an alternative hip-hop group formed in 2011 in the Ann Arbor area, performed at Top of the Park on Tuesday, and from the moment the duo took the stage they had the crowd on their feet dancing, laughing, and enjoying the hard-hitting beats from the gritty group. The Black Opera was happy to be home and MCs Magestik Legend and Jamall Bufford showed it in each enthusiastic rhyme.

Dubbing itself “rap’s first performance art group,” The Black Opera began its set wearing striking white masks and proceeded to change portions of their outfits after each song to add new vibes and visuals. Videos played behind them with imagery ranging from the decorated streets of Detroit during the song “Beautiful City" to the Flint water crisis, and messages like “We Are One” and “Forever We Rebel” were splashed across the screen multiple times as a recurring theme of activism.

Hip-hop has long told of inner-city experiences and The Black Opera continues that quest through its serious but uplifting content while serving quality entertainment to the masses. "We realize not everyone has this platform," Bufford said from the stage, and The Black Opera certainly lived up to its mission to provoke and educate, offering political and social messages that might’ve raised some eyebrows. If you expected to hear the usual mumbling lyrics of cars, money, women, and drugs that dominate today’s mainstream hip-hop then The Black Opera was a pleasant or shocking surprise depending upon your reception to their material.

The group continuously fed heavy content into the ears of the people, rapping about institutionalized racism, police brutality, oppression, politics, and poverty. But some of the most impactful things chanted by The Black Opera was the belief in people being free to choose their life partners and talking about mental health issues in the black community and the world at large. This was especially notable as hip-hop has had a long history with homophobia and an unspoken rule of not discussing mental health. These topics surprised me and at that moment I became a fan of how brave The Black Opera was to express strong opinions.

The concert even served a mini therapy session, with The Black Opera inviting attendees to breathe and stretch their arms out in unison for stress relief and also sending tributes to late celebs Kate Spade and Anthony Bourdain. Despite the controversial subjects, The Black Opera’s ultimate mission seemed to galvanize and inspire its crowd for the greater good.

As a member of the crowd, I felt represented by The Black Opera and musically fed.

Sean Copeland is a desk clerk with the Ann Arbor District Library.