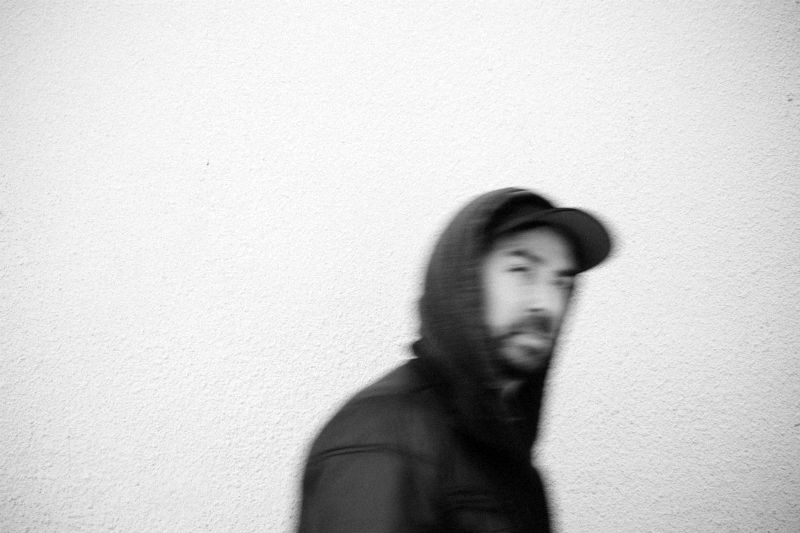 When schizophrenic super-hero Moon Knight falls into one of many personalities, it's usually due to trauma or the intervention of Khonshu, the ancient Egyptian god of the moon, who also gave Marc Spector his powers.

When Ann Arbor's Tadd Mullinix creates or resurrects one of his numerous alter-egos, it's due to musical inspiration, not mental illness.

His experiments in genre -- including 2016's Skein, an electro-acoustic experiment under his own name -- are thorough explorations that both nod to their influences and get twisted enough to make the recordings sound like Mullinix's distinct vision.

After not making drum 'n' bass tracks regularly since Mullinix and Todd Osborn (Soundmurderer) ran their internationally renowned Rewind label between 1998-2006 (with a brief resurrection in 2015 for Lord of the D's Dunstable Trax EP), the 11 jams on X-Altera sound inspired and fresh from the break. The album has the watery synths, punctuating vocal samples, and rapid-fire drums that have have been essential parts of drum 'n' bass since its beginnings in late '80s and early '90s Great Britain, but all those elements get tweaked through Mullinix's idiosyncratic approach, which includes pulling from Detroit techno.

I emailed with Mullinix to chat all things boom-bap, from Dabrye to X-Altera.

Q: What led you back to drum 'n' bass?
A: Todd Osborn and I were releasing jungle starting in the late-90s on our label, Rewind. We made some drum 'n' bass tracks too and I was going even more in that direction but we both had other projects and eventually moved on to other things. I made sketches over the years and found myself doing that more and more recently but only in the past year did I have a really clear vision of something fresh and that's not locked into the genre. The dance music styles that I practiced as JTC and Charles Manier held much of my focus for decades. Few were doing it like myself when I started but over the years these styles became in-fashion and the scenes were saturated. I started looking to drum 'n' bass and jungle more because of the difference in approach. I really missed making music in that way, particularly how it's structured and how sounds are captured and designed.

Q: Did you ever take a break from listening to d&b or making tracks?
A: A lot of things hold my interest so I move around between them and keep discovering. Along with all trends come a bit of sameness and conformity on the part of producers. It's pretty funny for the underground to do that if you think about it, but that's what happens. I never broke from d&b completely but I did see certain crews go in questionable directions. I take breaks from everything on a regular basis. It's important to do if you don't want your art to become mired.

Q: Were there any techniques you used to "modernize" the d&b you created for the record? Is it the more overt Detroit / London techno nods that help update it?
A: I think of it as a hybrid style. The more I listened to deep Detroit techno, golden era techno, and how it connected with the post-hardcore sound of Reinforced, early IDM, ambient, and a variety of certain releases, the more I found space there to grow and explore. In a way, I'm going back to the things that I was immersed in from the beginning and just moving forward from that point, in lieu of trends that came afterward.

Q: When you're creating music under the various aliases, do you just stick with that one persona while working in the studio, or do you create tracks in whatever manner at whatever time and then once you've compiled enough, you call it an LP under whatever name fits the bill?
A: Ideas are mulled-over for a long time. I make sure they incubate. When I'm ready to start, I wear one "hat" for the day. Sometimes I need to stay in one mind frame for longer so I won't dip into another style until the project is complete. I'm always conscious of the album experience and I know I'm not finished until the entire work has balance and dimension.

Q: The most recent Dabrye record is my favorite. It feels like the tracks and the rappers have the most synergy and the pacing is excellent. How do you think it compares to the other albums and what were some of the things you were trying to accomplish that made it different from the other albums?
A: Thank you! I knew it would resemble Two/Three more than Instrmntl or One/Three in a few ways. I would have loads of vocalists and it would continue on the trajectory of sounding more organic and nuanced. As a statement against the new-trend-obsessed, and as an homage to my influences, Three/Three had to call back to boom-bap even more than ever but in a concise way that left room for new ideas. So part of the mission was also to press forward and offer something bolder like "Culture Shuffle" and "Electrocutor." Beats like that of "First Law of Nature Rock" had to expand on the original concept of subtlely linear compositions but do it in a way that isn't too reminiscent of past work.

Q: When creating hip-hop tracks, do you have an idea of who you'd like the MC to be, or does that just shake out later? Do you offer various beats to a rapper and then they pick one or do you send them a track & then they pick one?
A: I built a wishlist of MCs and we sent to them only a handful of beats at a time. I definitely selected beats that I thought might best suit their style. It worked out very well that way.

Q: Any shows coming up? And recent mixes online?
A: We're building a Kadence and Dabrye mini-tour in the states, performing all of the collabs we've done over the years for each other's albums, something from all of the Dabrye albums, plus new material. Maybe a micro-tour is a better term. We're being selective and can't be traveling a lot.

The three-and-a-half-hour mix for Blowing Up the Workshop is out now. It features some of my favorite hardcore, jungle, and d&b tracks that are relevant to X-Altera. I'll be doing a mix soon for Illum Sphere's program on NTS that will be broader in scope.