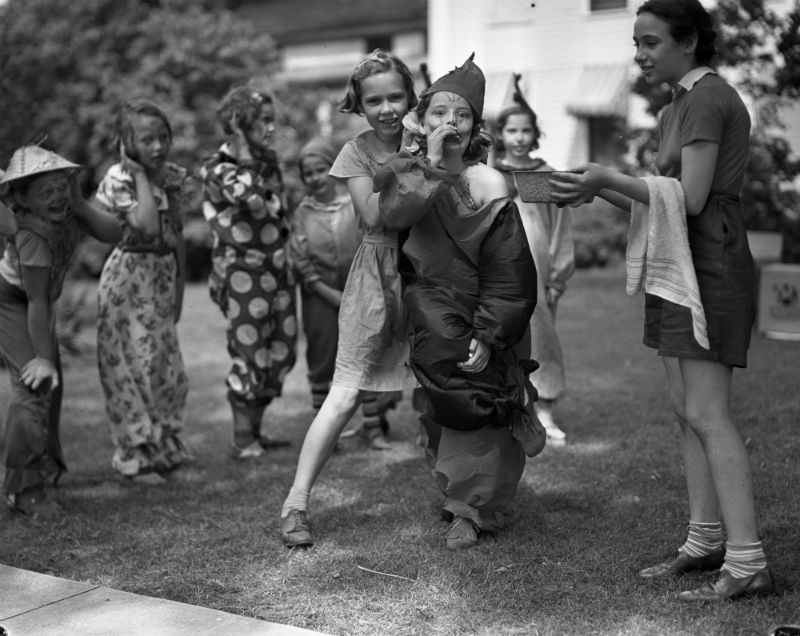 Local legend says Egbert ("Eck") Stanger, a 1930s copy editor for The Ann Arbor News, was hired as the paper's first staff photographer because he was the only staffer who knew how to read the German instruction manual for the newspaper's only camera.

As recounted by Arthur P. Gallagher, News editor 1954-1976, in a 1976 article, Stanger supposedly said, "They gave me a second-hand Speed Graphic Camera and a booklet on how to use it."

But why would the Rochester, N.Y.-made Speed Graphic Camera have a German instruction manual?

We're clearly in the realm of John Ford's famed journalistic observation in his 1962 cowboy movie, The Man Who Shot Liberty Valence: "When the legend becomes fact, print the legend."

But Stanger doesn't need any shaky legend to legitimize his incredible body of work, and AADL's One-Shot Stanger exhibition gives us a look at 21 of his finest photos, taken from AADL's Old News collection.

Being a photojournalist shares traits with Stanger's job as a copy editor, which requires an eye for accuracy while quickly judging and tweaking a tremendous amount of words. Photojournalism involves an intuitive knack for scanning a scene, making a snap compositional judgment, and possessing nerves of artistic steel.

Capturing a place as rich as Ann Arbor in its transition from an insular academic society to today’s vibrant community was an excellent opportunity, but capturing these privileged photojournalistic moments was a difficult task. But One-Shot Stanger was always up to the challenge as AADL's exhibit makes clear.

In our digital era, there's no real limitation to the number of exposures a photographer can yield. But photography was invented less than a century before Stanger's professional career began, which meant he was using temperamental analog equipment that places a premium on thoroughly knowing the abilities and limitations of one's equipment, assessing aperture and shutter speed on the fly, and still getting the desired image. This is harder done than said -- one-shot, indeed. 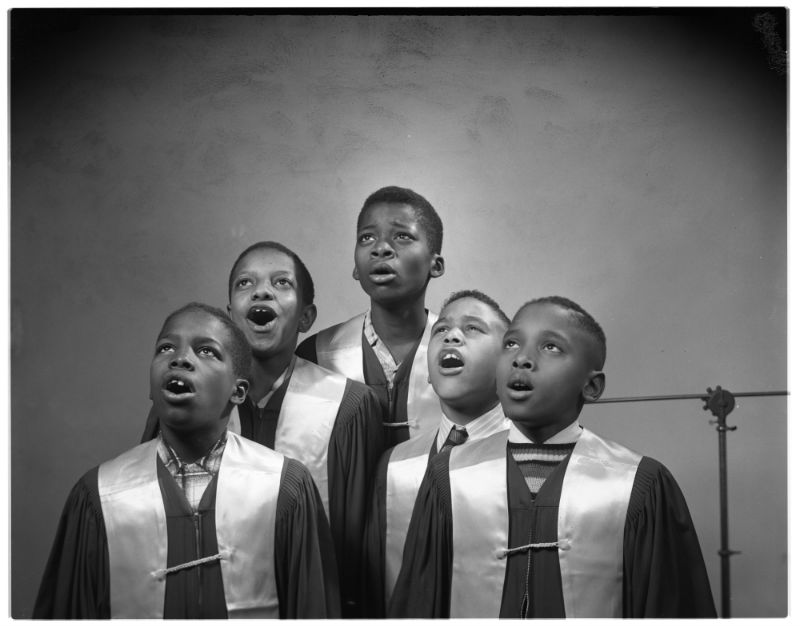 Some portraits in this exhibit are obviously posed -- Stanger is working toward psychological revelation in these works -- yet other photos are nothing less than vivid one-shots: He had to grab his composition fast and get it right the first time because it would be the only time. Stanger's photographs reflect the precise "scoop" each news writer lives for.

My favorite image features this duality of concision and precision in one superb composition: July 1939's Motorcycle Hill Climb in Scio is everything a photojournalist aims at. 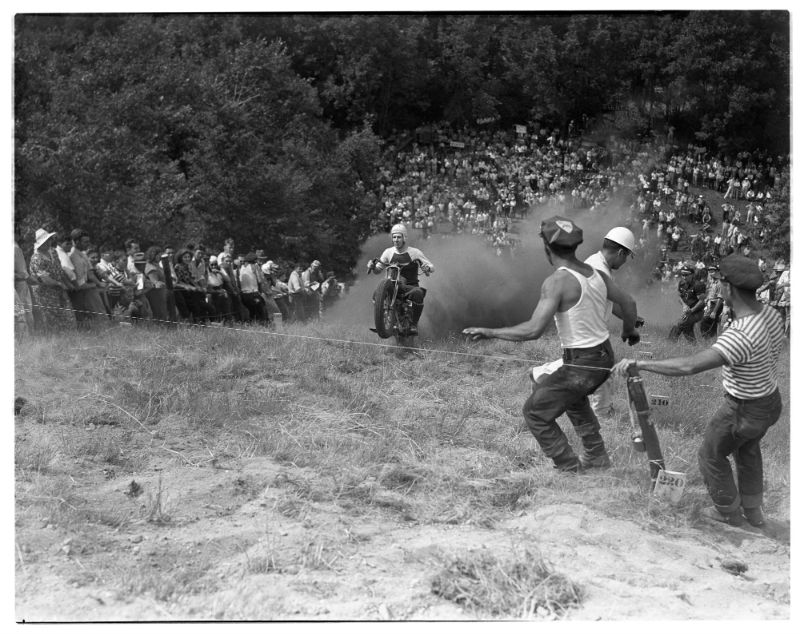 Let's assume the assignment was routine. Stanger knew this hill climb was going to take place. He was given a time by his editor to arrive and grab a shot and then go on with his day to whatever else was on his daily calendar. He likely had scant minutes to survey the locale, quickly determine the placement of his composition, and await the shot. And as the result shows us, the rest is magic.

Stanger intuitively framed three planes of perspective between the foreground roustabouts, the motorcycle rider, and the audience as a background -- all linked by the background spectators' recession -- but the extra touch is the raised front-wheel of the cycle.

And this is where Stanger earned his nickname.

He could have waited for each rider in the event to mount the field, but a photojournalist wouldn't have the luxury of this time. Stanger's job would be to move on to his next assignment. And this is why he was of such value to the paper: Like a gifted athlete, there was no wasted time and (far more important) no wasted motion in his function.

It's not much of a trade secret that photographers have always been the stars of any newspaper or periodical. A columnist might have a higher profile, but the public is always going to look at the photograph before the article. One-Shot Stanger tells us all and it shows us all. He was one of The Ann Arbor News' gems -- a true legend, indeed.